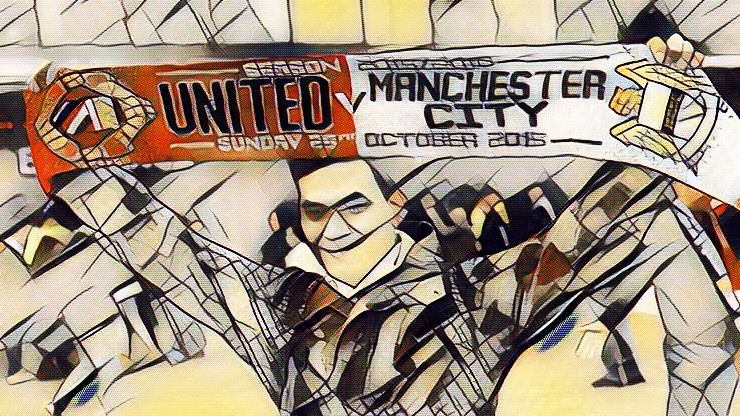 Banners and flags at football grounds across the world have become part of the furniture over recent decades, most commonly used to show affection for a player or manager of your team. However, when the cameras focus in on one of your fans flying the flag of a club plying its trade in a far away league, more often than not baffled faces are left staring back at the TV.

This is not to be confused with the collectively despised half-and-half scarves sold outside stadiums on match day, which I’m sure most people agree are a travesty of the modern game. Instead, they might be a sign of solidarity between two clubs’ historical relationship, shared enemies or similar kit colours.

PAOK and Partizan Belgrade have a mutual partnership that has derived from their ancient ancestry as well as their footballing rivals. Despite PAOK’s president surfacing in the news recently for the unfriendly act of invading the pitch whilst carrying a gun, it has not hampered this blossoming friendship.

Both teams play in black and white colours with their local fan bases both originating from Eastern Orthodox Christianity. However, these links are not the only significant similarities. The most intriguing link between these two clubs is instead the fact that their arch-rivals, Red Star Belgrade and Olympiakos, also share their own close friendship. This has resulted in an even tighter allegiance between the two clubs, where being a fan of one club instantly makes you a fan of the other. Partizan Belgrade will often send fans on the 1,400-mile round trip to Athens as a show of support with PAOK reciprocating the gesture.

However, this friendship by proxy is not exclusive to Greece and Serbia. In Scotland, Celtic have a longstanding relationship with St Pauli of Germany. The bond ignited when St Pauli took a trip to Glasgow in 1991, with both sets of supporters finding solace in their shared left-wing political similarities. Since then the two clubs have participated in friendly matches as well as sending supporters to one another’s games.

It would be the group stage of the 2009/10 Europa League where their relationship would come to a head. Celtic were drawn with Hamburg, St Pauli’s city rivals. More importantly though for Celtic supporters was Rangers’ mutual friendship with Hamburg. It had developed in the 1970s when Scottish workers took to the German port city for work. In light of the special occasion, St Pauli fans painted the Reeperbahn area of Hamburg green. The result would be nil-nil in Hamburg whilst Celtic were beaten one-nil in Glasgow.

Napoli and Genoa’s historical friendship resides firmly in their supporters and their shared success when they have met on the pitch. When the two Serie A clubs met at the end of the 1982 season, both teams required a point, with ramifications at both the top and bottom of the league table still at stake. Napoli required a point to qualify for the UEFA cup; Genoa needed a point to avoid the trap door and relegation to the second tier.

With Napoli leading by two goals to one, their goalkeeper appeared to dubiously throw the ball out for a Genoa corner. The resulting corner allowed Genoa to pull level through defender Mario Faccenda and was welcomed by both sets of supporters who erupted in celebration. However, survival for Genoa would come at the expense of their red and black neighbours to the north of Italy’s industrial triangle, AC Milan, who would instead be relegated as a result of the goal.

Fast-forward 25 years to the final day of the Serie B season where both Napoli and Genoa had already secured promotion back to the top flight, along with Juventus. Napoli travelled north to Genoa’s Stadio Luigi Ferraris where both teams played out probably the most passionately celebrated scoreless draw of all time, culminating in a party on the pitch at full time and reinvigorating their historic friendship.

Juventus and Notts County are two football clubs not usually mentioned in the same sentence, instead a fixture probably more likely to occur thirty years into a Football Manager save. However, the relationship between the two clubs dates back to 1903 and includes the struggles of Juventus’ kit man at the time. Playing their games in pink kits proved to be troublesome for Juventus as they were constantly having to wash the dirt from the luminous colour.

Englishman John Savage, then a player for Juventus, reached out to Notts County, who shipped their black and white kits to Turin immediately. It is from this origin that we see the famous black and white kits that Juve play in today. As a mark of appreciation, Juventus hosted Notts County in the opening game of their new stadium in 2011, and so one of football’s more unlikely friendships emerged.

In a footballing world that can be as selfish and divided as it can be inclusive, the aforementioned club friendships shed light on the unique and varied relationships that have been forged between certain clubs, even if it is on occasion because of their mutual hatred of their rivals.