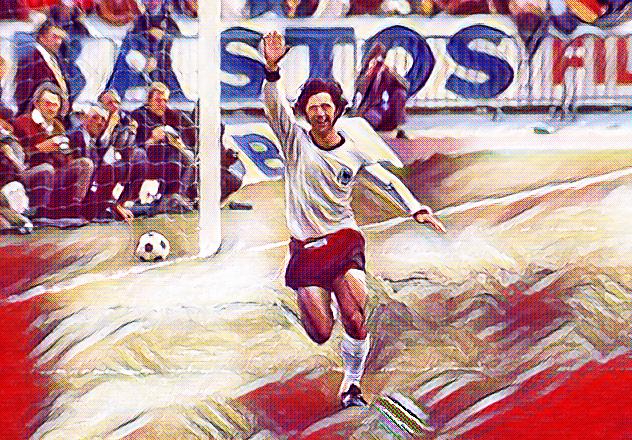 Germany’s extensive youth development program has been well-documented in recent years following Germany’s triumph in Brazil. On the back of his dramatic extra-time winner against Argentina, Mario Götze became the symbol of the German system. The abundance of players like Götze in the Nationalmannschaft served as proof that Germany had moved away from physically imposing, “effort players” in favour of more technically proficient players.

While the current Germany squad is already filled with established world-class stars like Mesut Özil, Toni Kroos and Jérôme Boateng, the future looks just as bright. The country is full of youngsters just waiting for their chance, players like Julian Weigl, Joshua Kimmich and Leroy Sané ensure that the conveyor belt of talent keeps churning.

German clubs have seen some of the top prospects in the world emerge from their academies in recent seasons. Although a high percentage of these players are attack-minded, like a Max Meyer or a Julian Brandt, very few are proper strikers. In a country that is used to having a great striker in the side, none of these brilliant youngsters appear destined to lead the line for the National Team for years to come.

How has this happened? How has the country that produced Müller, Rummenigge and Klinsmann, managed to produce players with world-class potential in every position except striker? Let’s look at the players who have played up front in German youth teams in since 2009.

Between 2009 and 2015, Germany has been involved in 15 international tournaments at youth level, winning three (2009 Euro U-17, 2009 Euro U-21, 2014 Euro U-19). In this time, 32 different strikers were selected to represent Germany at these tournaments. Only one player, Kevin Volland, has gone on to play for the senior side. (Pierre-Michel Lasogga and Timo Werner have been called up).

Great things were expected of Richard Sukuta-Pasu, who made over 50 appearances for Germany at youth level, the powerful striker is currently at Sandhausen in the second division, his 8th club at just 26 years of age. Top scorer at the 2009 U-17 European Championships, Lennart Thy made 48 youth appearances but has spent most of his career in the second division. One of the stars of the incredible German U-21 side that won the 2009 Euros, Sandro Wagner has finally found his feet in the Bundesliga in the last two seasons. Unfortunately, at 29, the time to make an impact for the National Team is dwindling for the temperamental striker. One of the most natural goal scorers Germany has seen, scoring 20 in 21 matches for the U-17’s and 8 in 7 matches for the U-19, Samed Yesil has seen his progress halted by injury and is currently playing in the Greek Superleague with Panionios after leaving Liverpool. A member of the U-21 side for four years, Peniel Mlapa, now 26 has accepted a call-up for the Togolese National Team, ending his chances of making the breakthrough for Germany. Philipp Hofmann, Horst Hrubesch’s preferred striker during his time in charge of the U-21’s has made just six league appearances for Brentford in the Championship this season.

Sadly, stories like these of unfulfilled potential are frequent. Of the 32 strikers to represent Germany at youth tournaments since 2009, only four have scored more than 10 Bundesliga goals (Wagner, Lasogga, Selke, Werner).

Why is Germany no longer producing top center forwards? The answer is difficult to pinpoint. There is less of a focus on physical gifts in favor of smaller, more technical players leading to more midfielders and wide players. Think about Germany’s top strikers in the last decade, Miroslav Klose, Lukas Podolski and Mario Gómez, none of these players have great technical skills, instead relying on their physicality, positioning and finishing ability. Despite these flaws in their game, the trio has combined for 148 goals (and counting) for the Nationalmannschaft.

Fortunately for German fans, there is hope. 21-year old Timo Werner leads all German players in the Bundesliga in goals this season with 14 and has just received his first call-up to Jogi Löw’s side. Werner has already played over 100 times in the Bundesliga despite his tender age and is rated highly around Europe. His RB Leipzig teammate Davie Selke has scored 49 goals at youth international level and is expected to make the step up to the senior side in the coming seasons. More outside the box options include Freiburg’s exciting trio of Florian Niederlechner, Maximilian Philipp and Janik Haberer who have combined for 19 Bundesliga goals for the newly promoted side this season. These players all provide hope that they can reverse the trend and give Germany some top center forwards again.

In the meantime, there is still Mario Gómez. A frustrating figure to many, Gomez’s form has picked up in recent weeks and he showed last summer that he can still be an effective focal point for the National Team.

While the World Cup in Russia is still over a year away, the Confederations Cup this summer may be the perfect opportunity to test a few different options up front. Hopefully Löw can find a suitable replacement for Klose.