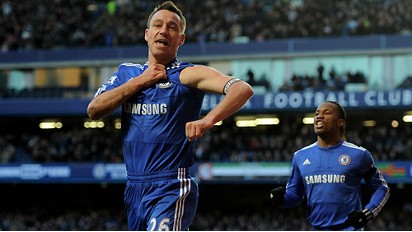 Chelsea skipper John Terry has revealed that he won’t be staying at Stamford Bridge. Terry’s current contract with the club expires in the summer and earlier this month, the 35-year old revealed that the Blues have decided against offering him a new contract.

Several clubs from England abroad have been linked with a move for the veteran defender, and now Chelsea legend Gianfranco Zola has talked up a potential move to the Qatari League for the club captain.

Zola is currently in charge of Qatari club Al-Arabi and believes there is a huge interest in Terry’s services among Qatar clubs.

The Italian told Evening Standard: “When we talk about John Terry, we are talking about a big player, big name and I believe a player of this stature is not of interest only for a team, but also for the whole league.“

Terry progressed through Chelsea’s youth ranks and spent his entire season at the club after signing for the club from West Ham as a 15-year old.