Skip to content
Posted in Premier League By By Far The Greatest TeamPosted on January 10, 2014July 14, 2017Tagged Ole Gunnar Solskjaer 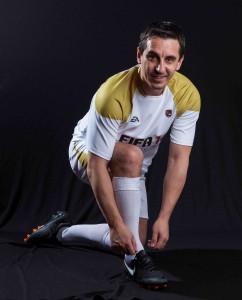 Gary Neville has spoken about Ole Gunnar Solskjaer’s controversial decision to work for Vincent Tan as the new manager of Cardiff.

“Ole loves English football and he loves the Premier League,” said Neville. “I think he’s turned down one or two jobs, maybe more, in the top flight of English football in the last couple of years that haven’t been right for him because of timing. The thing for me about Ole is that there is a ‘sensibleness’ about him that he seems to be in control of his pathway, rather than the pathway controlling him.”

Neville also reflected on the start of Solskjaer’s career and how it set him up well for management.

“He was the kind of player that would write down all the training sessions when he was coming towards the end of his career,” he continued. “Even after he had retired and moved up to coaching, I used to see him around the club all the time… I remember one time him playing a game in a reserve team match and him saying he’s playing a 4-2-2-2 system, I was thinking: I’ve never heard of that before! Two midfield players in front of a back four then two in front of that and two in front of that! How’s that going to work? Who is going to move wide? He decided that he was going to work at Manchester United in the reserve set up for a period of time to learn his trade and complete his badges. He then went into a job back in Norway outside of the spotlight of the Premier League and out of the firing line. He learnt his trade a little he had a guy who believed in him and believed in the club.”

The owner of Solskjaer’s new club also obviously believes in him, but only time will tell how long that will last for.