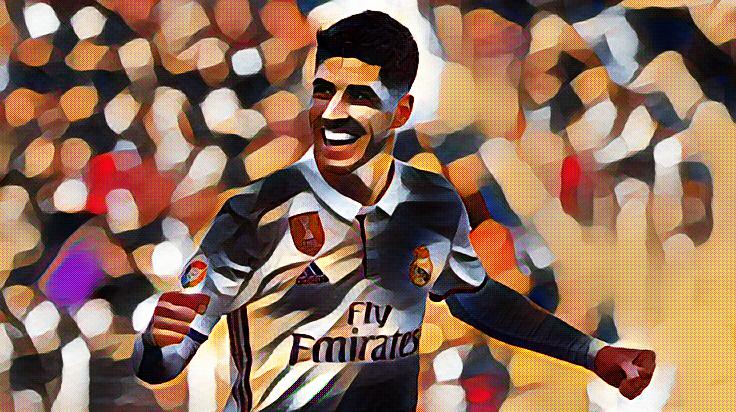 Under a closed roof, the floodlights of the Principality Stadium lit up the biggest stage of them all – the Champions League Final between two of the finest sides in world football. 65,000 fans created an atmosphere fitting of the occasion, with the Juventus end displaying a clear message, “The Time is Now”. A complete contrast in styles – a well-drilled, solid unit who simply to play to win rather than record-breaking statistics, versus a team of superstar Galacticos. The narrative was also firmly in place, the perfect way for Buffon to bow out on a legendary career, and the opportunity for Argentina’s next young forward to prove he can deliver on the biggest stage. In the end, Real Madrid eased their way to their ‘duodecima’, winning 4-1. So, what went so wrong for Allegri’s men?

Who else to crush Italian hearts than the leading goal scorer in the Champions League for the fifth year running. Cristiano Ronaldo put in a familiar scintillating performance, opening the scoring after 20 minutes. A clinical finish which Ronaldo himself summed up, saying to the crowd, “One chance. Bang.”

Being the perfectionist that he is, Ronaldo would have been frustrated that his first effort was overshadowed by one of the best goals in Champions League history. A beautiful Juventus passage of play, keeping the ball above the ground through four players, before a looping overhead kick by Mario Mandzukic finished off an unforgettable moment.

However, not even a goal rivalling Zidane’s volley in the 2002 Final was going to stop Ronaldo from grabbing the headlines. After 64 minutes, a front-post run and finish from a Modric cross gave Ronaldo the 600th goal of his career. It was in some style, cutting through arguably Europe’s best defence with ease. A third Champions League in four seasons for Cristiano, who emphatically showed that his powers have not diminished even slightly despite now being 32.

There was not only a contrast in philosophy between the two teams, but a contrast in style of play on the night. Juventus played their typical high pressing from wide areas, with the energy of Dani Alves and Alex Sandro providing opportunities. In fact, Juventus as a whole were on top in the early knockings of the game. They were perhaps too comfortable in possession as they came undone thanks to Real’s clinical counter-attack. A swift move starting with Marcelo, ending up in the back of the net after Ronaldo’s finish.

Real’s game plan was obvious from then on, sit back, absorb pressure and limit chances. After they regained a 2-1 lead through Casemiro’s deflected long range effort, Madrid never looked threatened.

Gareth Bale almost had a perfect return from injury, as another blistering counter from Ronaldo on the right wing teed the Welshman up, but was denied a goal on home soil by a superb, last minute tackle by Leonardo Bonucci. Zidane’s game plan worked, as Allegri’s side had no answer for Madrid’s defensive solidity.

Errors by individual players undoubtedly cost Juventus dear, with Mandzukic and Juan Cuadrado both making mistakes. Mandzukic was at fault for the third goal, not getting to Alex Sandro’s headed pass quickly enough. This allowed Modric to nip in and intercept, leading to Ronaldo’s second of the night. This may have been in part due to Mandzukic not having the same level of speed and alertness as a natural wide player or a player as agile as Modric. Either way, it put Juventus’ hopes of winning beyond reach.

Then came Cuadrado’s ill-discipline, two yellow cards within five minutes of being substituted on put Juventus at a disadvantage, already being 3-1 down. The second yellow was undoubtedly harsh, grazing Sergio Ramos’ ankle as he walked by to collect a throw-in. Not deserving of a red card maybe, but stupid nonetheless.

Individual mistakes like these make you feel sorry for the back three, who hadn’t put a foot wrong all competition, conceding more goals in the final than they had all tournament.

It wasn’t to be for Juventus on the night, as Real’s triumph handed them their fifth final defeat in a row. More upsettingly, that may have been the last time we see the great Gianluigi Buffon grace a Champions League final. However, not even the narrative can take away from Real’s superior performance. The plaudits will go to Zidane and Ronaldo, and rightly so. Not bad for a man new to management and a player supposedly not in his prime.