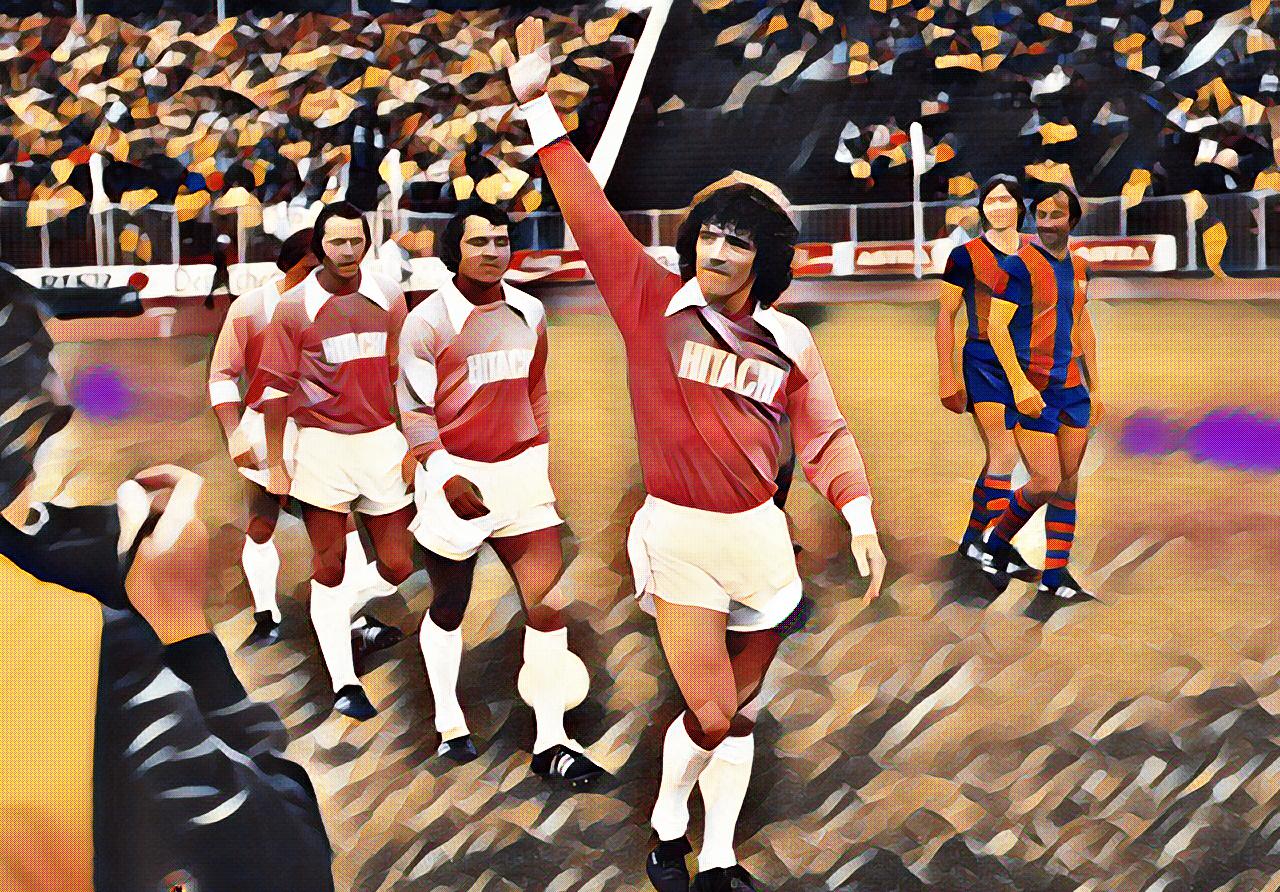 In 1978, FC Hamburg appointed Yugoslav Branko Zebec as the club’s new manager. The German side were desperate to win a league title after finishing a disappointing 10th the previous year. The club was blessed with very good players, and also had English forward Kevin Keegan. Keegan had failed to impress in his first season at the club, but Zebec was determined to not only ensure Keegan produced, but the team challenged for trophies.

The season started off well with a convincing 3-0 win against Borussia Monchengladbach. Willi Reimann opened his account with the first goal. But they could only muster two draws and a loss in their next three games as the team stuttered. They started to gain confidence however, and having beaten Hertha Berlin 4-1 at home, they recorded another two wins against FC Koln and Darmstadt.

An away game to Eintracht Braunschweig ended in disappointment as the north eastern German team managed to sneak a 1-0 win, grabbing the only goal on 45 minutes.

Hamburg responded with a resounding 5-0 victory against Borussia Dortmund, Keegan scoring his first of the season. It was the start of a seven game unbeaten run, as Hamburg produced some excellent performances, beating Bayern Munich 1-0 away, midfielder Casper Memering scoring the only goal, as well as an important 1-1 draw against Bundesliga challengers Stuttgart.

Keegan was beginning to come to life as he grabbed a brace in the 4-2 win against Schalke and a hat-trick against Arminia Bielefeld.

Hamburg came back down to earth with a bang losing their next two games against Borussia Monchengladbach 4-3 in an entertaining game and Bochum 2-1.

The team needed to find a response and respond they did. First up came Hertha Berlin, Keegan again in great form as he found the net twice along with forward Memering in a 3-1 away win. A 2-2 draw followed against Werder Bremen, this was after Hamburg had led 2-0 until the 83 minute.

Relegation candidates Darmstadt were beaten 2-1 away from home, followed by title challengers Kaiserslautern, who Hamburg dispatched comfortably at home 3-0 with Felix Magath and Keegan both getting on the score sheet.

Confidence was flowing and the football was excellent, even a 3-3 draw to Nurnberg couldn’t dampen their spirits.

Keegan was performing fantastically for the German side as they won their next four games against Düsseldorf, Braunschweig, Dortmund and Duisburg.

With Stuttgart continuing to put pressure on Hamburg the final five games would be on a knife edge.

Hamburg faced a difficult away game against Schalke, but an inspired Keegan scored twice as Hamburg came away with a vital 3-1 win. The initiative was suddenly with Hamburg, as Stuttgart lost ground, after only managing a 2-2 draw away to Braunschweig.

With three games left the pressure was beginning to tell. Hamburg however put themselves in the driving seat with a 4-0 home win against Eintracht Frankfurt, Keegan again on the score sheet. Stuttgart had also won, winning well versus Hertha Berlin 3-0.

Hamburg found themselves one point clear with just two to play. With only two points for a win the pressure was all on Stuttgart who had to find a win. Hamburg faced Bielefeld away while Stuttgart had a home match against FC Koln.

Hamburg knew if results went their way a point may be enough. As the match progressed and Hamburg struggled to find a way through, news started to filter through that Koln had taken a 2-0 lead at Stuttgart. A point would be enough.

Reimann had a great chance to put Hamburg 1-0 up but the keeper got down to save well. With news that Stuttgart were 4-0 down, Hamburg took their foot of the pedal, they knew they were now in touching distance of the Bundesliga title.

With the final score coming through that Stuttgart had lost 4-1 at home, the excitement was beginning to build. Incredibly it was Stuttgart’s first home loss in 30 matches. On the final whistle, the noise erupted from the away end, the Hamburg players celebrated, arms aloft, embracing each other, as some of the Hamburg faithful managed to get onto the pitch and celebrate with their heroes.

Manager Zebec was lifted onto the players shoulders, his management had been excellent and he deserved his moment.

For Hamburg, this was their first Bundesliga win and their first league title since 1960.

The fans were ecstatic, not only over the win but how the team had performed over the season. They had entertained throughout and scored 78 league goals. But the contribution of Kevin Keegan was phenomenal, nicknamed the ‘Mighty Mouse’ by the fans, he had scored 17 goals and finished as Hamburg’s top goal scorer.

The final match, a 2-1 loss at home at the Volksparkstadion in front of 61,300 screaming fans did not dampen the celebrations.

In the end Hamburg won the Bundesliga by a single point to Stuttgart. They had remained the most consistent team over the course of the season and thoroughly deserved their title win.

Kevin Keegan won the Ballon d’or that season, he was fantastic throughout and not just by the goals he scored. But it was not just all about Keegan.

Rudolf Kargus had been solid in between the posts, and in defence Manfred Kaltz, Peter Nogly, Ivan Buljan and Peter Hidien formed a formidable line.

In midfield was one Felix Magath, who was a fantastic player who would create many chances, Jimmy Hartwig who got on the score sheet 10 times, Memering and Horst Bertl.

It was however the wonderful combination of Keegan, Hrubesch and Magath that made the difference for Hamburg, especially in the last three months of the season when Hamburg stayed unbeaten for three months. It was this run that brought the league home with Keegan scoring 11 goals in the last 12 games.

Hamburg and Keegan had delivered, the Englishman placing himself in Hamburg folklore.

The team was exceptional and thoroughly deserved their title win, but Keegan was world class and his goals and workman like spirit was loved by the Hamburg faithful.

Hamburg were a joy to watch and their supporters had been treated to wonderful football and the Bundesliga title, but above all Kevin Keegan had been phenomenal.

The ‘Mighty Mouse’ had just become a Hamburg legend.