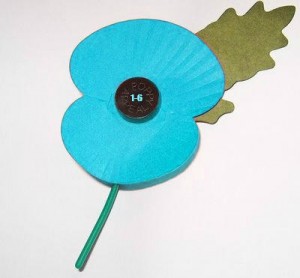 365 days ago, Manchester City went to Old Trafford and battered their greatest rivals 6-1 on their own ground. It was a stunning performance; one which buried the memories of so many past disappointments and saw City’s title challenge suddenly become serious. Our new, all-out-attacking philosophy was being justified as we sat 5 points clear with a goal difference of plus-26 after just 9 matches of the season. It was a victory of seismic proportions.

As a City fan, I will never forget that match. So many times as a youngster I would have to pretend to be ill on a Monday morning after a derby day hammering in order to avoid the inevitable stick from United fans at school. For years, we were nothing short of shite and United were champions; regularly beating us on the way to silverware. The time we went 2-0 up at Maine Road only to see the lead dissipate and lose 3-2 was a bad one. The image of Roy Keane celebrating the winner on that day in ‘93 will forever be burnt into my retinas. Then there was the 5-0 in ’94, another particularly painful memory that haunted City fans for years afterwards. This 6-1 was a balm that helped soothe some of those long-standing derby-inflicted aches and pains. We hadn’t just won – we had taken them apart and let the league know we were serious title contenders. For those reasons, it’s a game that City fans should always remember and enjoy.

However, the sight of so many City fans engaging in HAPPY 61RTHDAY festivities on the internet – a way of celebrating the ‘anniversary’ of that great match – was beyond ridiculous. I mean, seriously, how fucking embarrassing can you get? Our fans are regularly accused of being purveyors of a small-club mentality and I’m afraid that this sort of activity makes those claims very difficult to argue against. Did United fans celebrate an anniversary of the 5-0 12 months after that game? I very much doubt it. That’s because, as a side that sees the big picture and concentrates on delivering silverware for the club, they realise that wins against your local rivals aren’t the be-all-and-end-all.

It wasn’t just fans. Kevin Horlock, a decent midfield player who was part of some shocking City sides, tweeted:

“In remembrance of what all them cockney reds went through a year ago tomoz please join me at midnight in 6 mins of uncontrollable laughter”.

What utter small-mindedness. Not only is his ‘Cockney reds’ jibe a cringeworthy cliché, his eagerness to celebrate a win from 12 months ago is, quite frankly, humiliating. Our expensively assembled squad won a match comfortably and in style. Is that really cause for ‘anniversary’ celebrations?

Having expressed these views on Twitter, I’ve been called all sorts of names, accused of being a ‘rag’, and told to lighten up. So let me be clear: I have no problem with fans singing songs about the 6-1 or talking fondly about the match with their mates. Enjoy it – it was a terrific day. But creating and celebrating an ‘anniversary’ is utterly embarrassing and something I cannot engage in. It’s unnecessary and makes us look cheap, small and pathetic. We are now a club that wins silverware and competes in Europe, with plans to dominate English football for the foreseeable future – we have bigger fish to fry, as it were. When we were rubbish, a win over United did feel like a huge achievement but we’re now a side looking to win big trophies. Let’s concentrate on continuing our success against all clubs, not focusing on the one from down the road. We’re better than that.

Louis Van Gaal blasts underperforming players, has been asked by board to resign as they want to save money instead of sacking