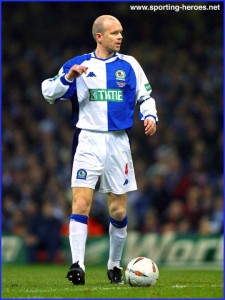 It has been announced today that Henning Berg has been appointed manager of Blackburn Rovers following the sacking of unpopular former manager, Steve Kean.

Whilst Berg is a former player at Ewood Park, the appointment is a strange one when you look at his managerial past. He was sacked from his last post over a year ago after picking up just 1 point from a possible 24 in his third season at Lillestrøm. Overall, he won just 30% of his 90 games in charge. They finished 2 points clear of the relegation zone in his first season and 10th out of 16 in his season.

Berg has been working as a football pundit at 2-studio since leaving Lillestrøm, which would again suggest he is an ill-matched choice for Blackburn.

What makes the situation all the more strange is the fact that Berg has previously heavily criticised Blackburn owners, the Venkys, and said that no manager with credibility would take the job.

“To take over a Premier League club would be fun, and even a Nationwide club,” he said in May when asked about the prospect of managing his former club. “But it’s clear, if you are to be be a manager, you must have the right owners. To become a manager of a club with such an owner is insane. There are no managers with any credibility that would take such a job. They would be shooting themselves in the foot. Yes, you can be there for a few months, then nothing works and you can not do what you want, and then it becomes something else entirely. The ownership situation must be clarified first. So I hope that Jack Walker’s family, they still have money, who come and buy the club back and starts running club for the principles of Jack Walker had when he was alive.”

What to expect from the new Blackburn manager after anti-Venky remarks?