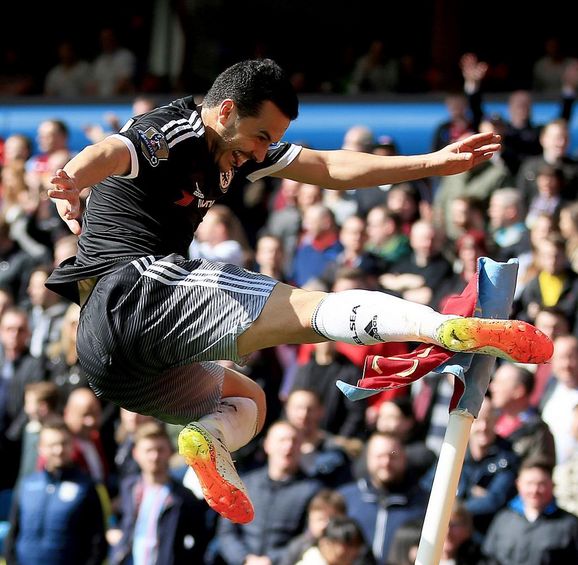 Chelsea eased their way through to the fourth round of the FA Cup thanks to a comfortable 4-1 win over League One Peterborough at Stamford Bridge.

And Blues’ ace Pedro, who was on target twice in the win playing as a left wing-back, says he was especially pleased with the team-work that earned Antonio Conte’s men the win.

Pedro opened his account with a curling shot before Michy Batshuayi and Willian made it 3-0 and then the Spaniard made it 4-0.

“It was a good win for us in the third round of the FA Cup, especially at home in front of our supporters. There was very good teamwork and we’re very happy with the result.”

“Peterborough are a good team, every game in England is very tough, it doesn’t matter which division you’re in. They fought to win. I had once chance in the first half which was unlucky, I shot very hard and it went up, but I’m happy to have scored two goals.”

“It’s a new position for me but it means the same in terms of work. I had to run a lot but it was good for me and a good performance.”

Conte’s men are back in Premier League action next Saturday when they go to Champions Leicester. Pedro is hoping to get back to winning ways following last week’s defeat at Tottenham.

“Against Spurs it was a different game,’ he said. ‘We lost, but no problem, we just continue taking it game by game. Next we face Leicester, a very difficult team, but we will prepare all week and go for the win.”

Meanwhile, Conte has plans for Nathan Ake after recalling the youngster from his loan spell at Bournemouth. Ake was set to spend the whole season with Eddie Howe’s side after joining the club last summer.