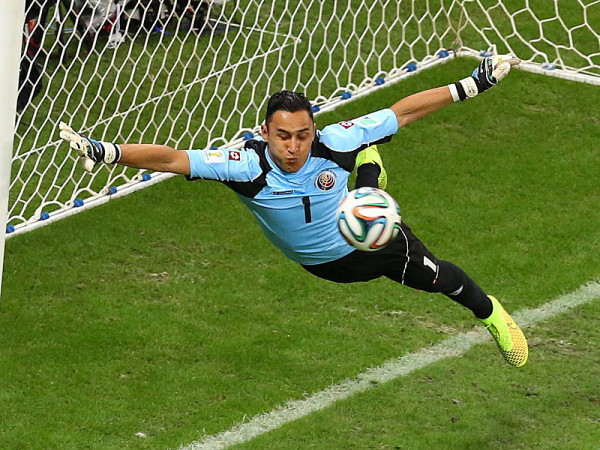 Real Madrid goalkeeper Keylor Navas has revealed how he signed a deal to join Manchester United while he was on a stretcher. The Costa Rican was signed in the summer of 2014 after an impressive campaign with Costa Rica at the World Cup and Levante in the La Liga. The Costa Rican and Madrid first choice goalkeeper was used as a bargaining chip by Madrid to land their heavily desired player David De Gea.

The Spaniard was considered as long-term replacement for Iker Casilas who left the club for Porto earlier in the transfer window. After much back and forth negotiations, both teams finally came to an agreement over the transfer of David De Gea on deadline day which would see Keylor Navas go the other way but unfortunately for Real Madrid, the transfer fell through due to the late submission of relevant paperwork.

Nevertheless, Keylor Navas has expressed his disappointment about the failure of the deal and has claimed that he signed a deal to join United whilst on a stretcher and was waiting at the airport to complete the transfer  before hearing it had fallen through. He said “I signed the Manchester United contract on a stretcher at Valdebebas, while I had my medical.“But I want to write my own story at this club and win everything this season. “I was waiting in the airport even without suitcases. I was not on the plane, but I was near”.

Fans of both clubs might eventually get to appreciate the failure of the transfer as both goalkeepers have been impressive for their teams this season. While Navas is yet to concede a goal this season, David De Gea gave a man of the match performance for United in their 3-2 win away to Southampton.