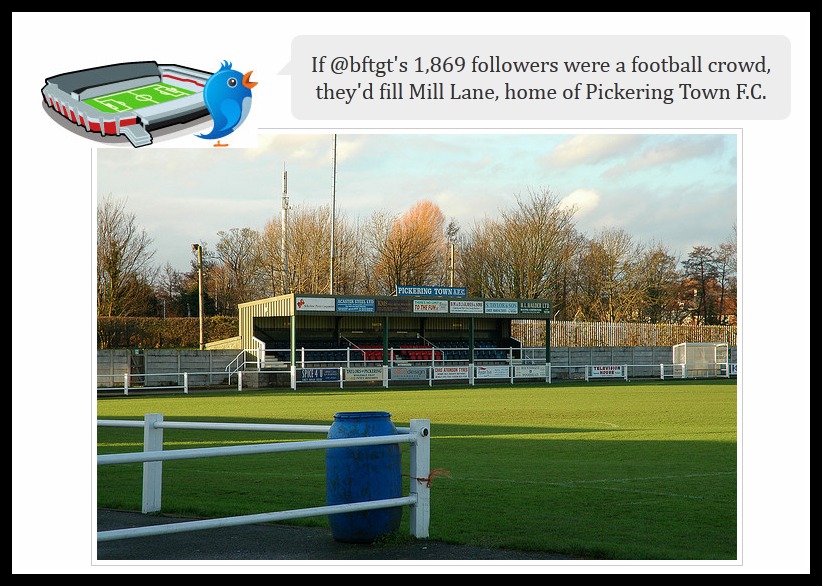 If BFTGT‘s followers on Twitter were in a football ground, they would fill Mill Lane, home of Pickering Town FC, who were founded in 1888. Currently playing in the top flight of the Northern Counties East Football League, they have a ground with a capacity of 2,000 (200 of which are seated, don’t you know). 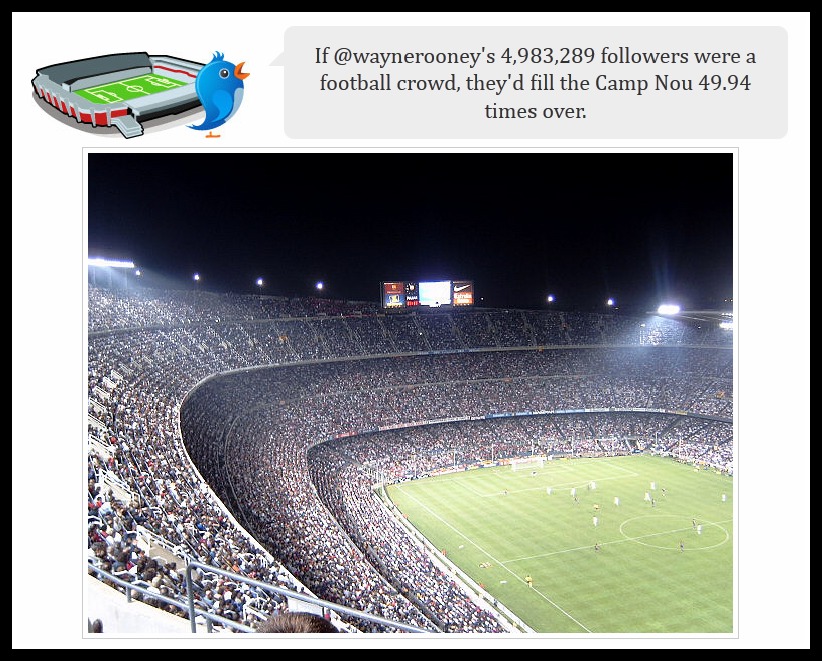 What about some BFTGT writers? 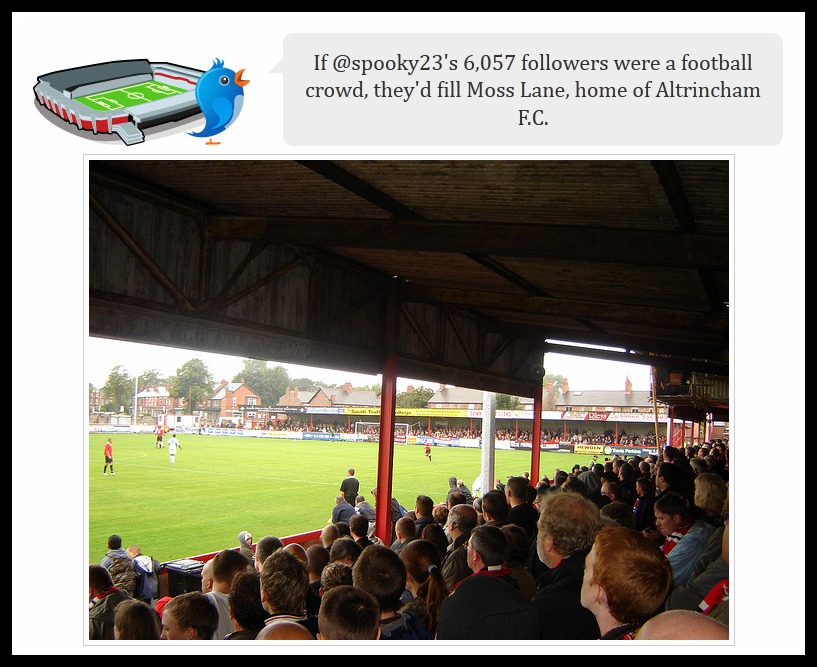 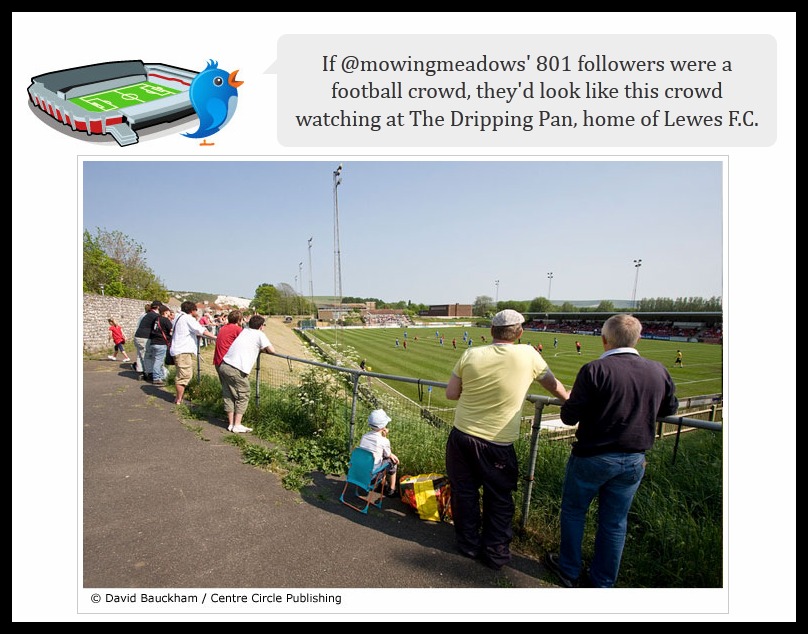 Lewes FC play in the Isthmian Premier League and have played at The Dripping Pan since their club was founded in 1885, although there is evidence to suggest the ground has been there since 1745 and used for cricket. 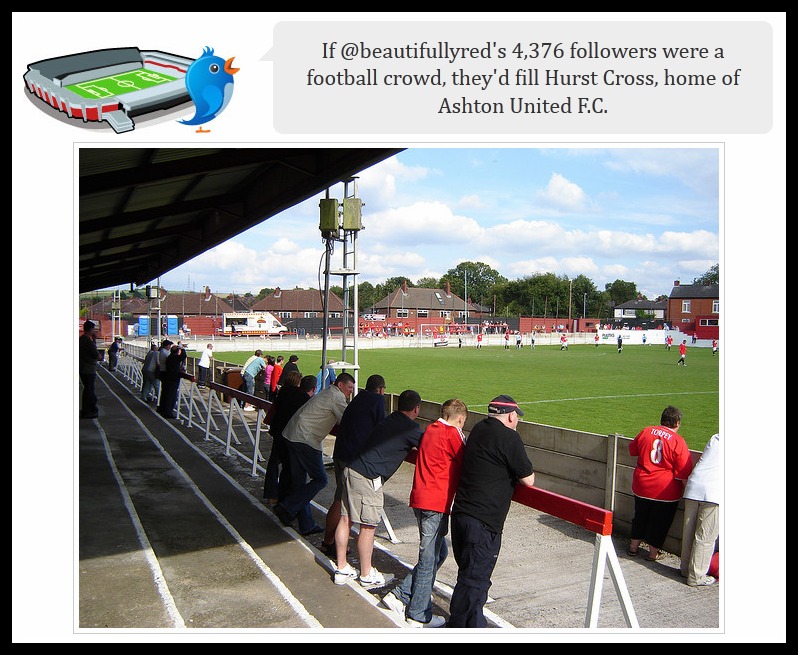 Ashton United FC were originally known as Hurst FC when they were founded in 1878 and have always played at Hurst Cross. 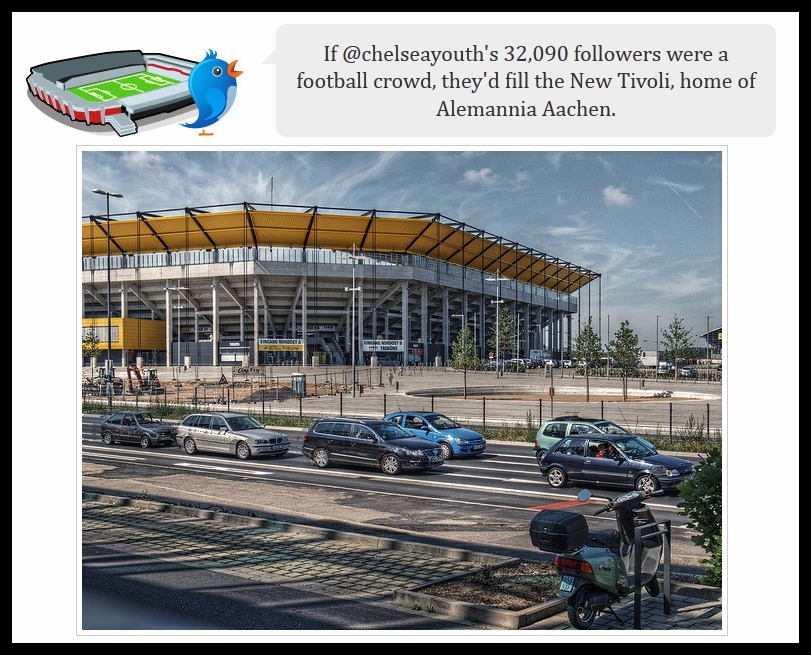 The New Tivoli is a German stadium that was opened in 2009 and cost €50m to build. Despite boasting a stadium with a capacity of 32,960, Alemannia Aachen currently play in the third tier of German football. 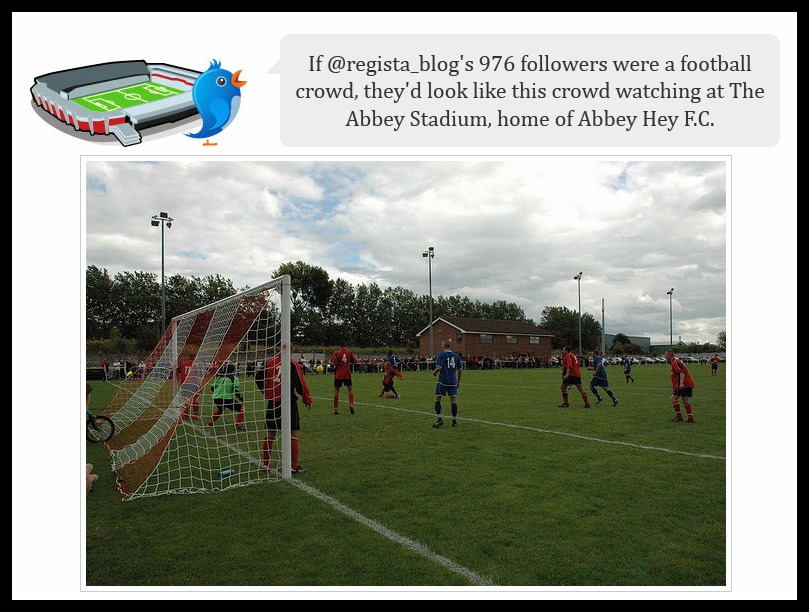 Abbey Hey FC, also know as The Red Rebels, play in the North West Counties League Division One at the Abbey Stadium in Gorton. 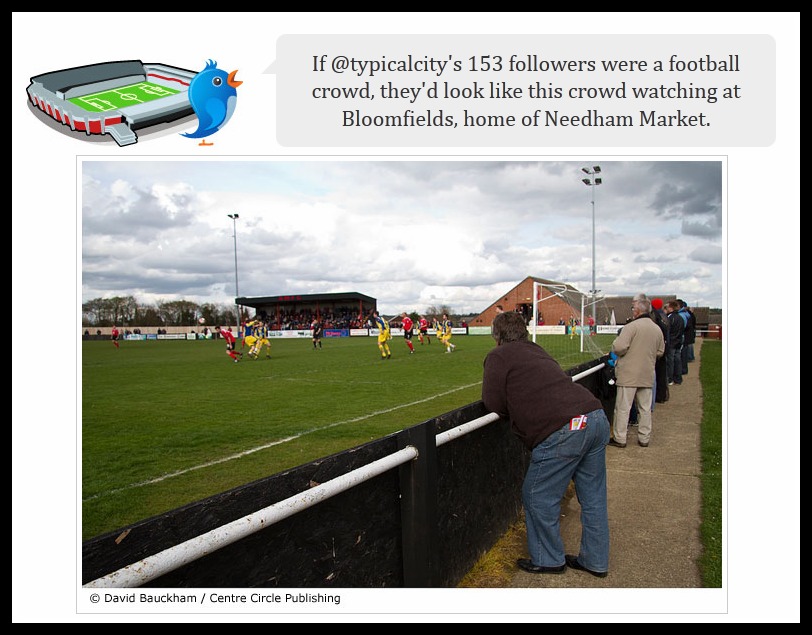 Needham Market FC were founded in 1919 and play in the Isthmian League Division One North. They moved to Bloomfields in 1995-1996 when former player Arthur Rodwell died, and left the club the money required to purchase a site and build the necessary facilities.

This is a lovely feature from The Bootiful Game site. Which ground would your followers fit in?