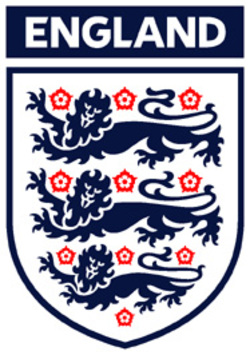 We’re back again, back to boredom.

The International break feels like it goes on forever. It’s a part of the season where football fans hide behind their sofas, and become afraid to look at their TV screens, IPad’s, phones, the list goes on.

It’s not that i’m against England as a footballing nation or team, I will always back my country, but it becomes increasingly hard to enjoy the standard of football when year after year, this team doesn’t quite click.

The old cliché comes into this now, and i’ll be the first to admit that I’ve said this:

“I could manage this team better!”

Maybe I could, who knows?

My friend and I at university, used to sit down and watch England when they were on and we used to go all out- snacks, drinks (3+ and 18+ of course), maybe even a takeaway of some kind.

We would always comment on England’s negative style of play, and how we would ‘go in there and shake it all up’.

“Dan, you’d be the defensive coach.”

He used to say to me; I was a defender for most of my footballing years.

You can’t knock our ambition and want for change…

Anyway, let’s have a look at the England squad for the two upcoming friendlies against Germany and Brazil:

Deli Alli is the third player to withdraw with injury if you hadn’t put two and two together.

Looking at the talk surrounding Gareth Southgate’s squad selection, and i’ll be honest, i’m actually quite satisfied with it. The talk on the grapevine revolves around the Spurs players who have withdrawn, and how we may be missing the injection of goals and creativity.

Demarai Gray, Dominic Calvert-Lewin and Dominic Solanke could be added to the first-team squad, if you are to believe the latest reports.

Demarai Gray has been influential for Leicester in the last two games he’s started for the Foxes.

He’s played seven key passes this season, that have led to chances, although he’s yet to register an assist this season.

He scored his only goal this season against Everton in Leicester’s 2-0 victory, and according to Squawka, his performance was the best on the pitch, with an average performance rating of 41.

Dominic Calvert-Lewin has been in good form himself at Goodison Park, and has played in fourteen games this season in different capacities- ten in the Premier League and four in the Europa League.

In an under-performing Everton side this season, he’s scored one goal and assisted twice.

However, he has arguably been more influencing off the ball, using his pace both offensively and defensively.

Lastly, Dominic Solanke. This would be a real surprise choice if he was to get a call up.

He hasn’t really featured for Liverpool, with only a few cameo appearances to his name.

He only has an average performance score of 20, and hasn’t registered a goal or assist for the Reds in seven appearances. Arguably he hasn’t had a chance in that Liverpool side, with the likes of Firmino, Salah and co. tearing teams apart.

I would be shocked if he was called up from the u21’s.

Focusing on the squad as it stands and I feel it has enough about it to win both games.

However, that opinion may be swayed depending on how serious the Germans and Brazilians take the matches.

Sky Germany reported that Joachim Low’s side will be showing this game the same amount of respect as they would for a qualifier.

It will be interesting to see how the game pans out, with two sides who like to get down and play passing football.

I’m happy for Jordan Pickford who will finally be given a chance to prove himself in goal, however on the flip side, Jack Butland’s broken finger will be a concern for both England and Stoke City.

He has been ruled out for six weeks with the injury, and I presume Mark Hughes won’t exactly be Gareth Southgate’s best friend as of this afternoon…

Loftus-Cheek will be an interesting addition to the attacking midfield role, providing pace, power and trickery that the Germans won’t have come up against in recent times when playing the Three Lions.

Tammy Abraham has been the only bright spark in a poor Swansea side this season, and deserves his chance alongside Jamie Vardy.

The reported England team for tonight’s game against Germany at Wembley Stadium: