Florent Malouda has won a Premier League title, three FA Cups and a European Cup during his five-year stay in West London at Chelsea. In the 2010-11 campaign he was the Blues’ top league goalscorer, ahead of the likes of Frank Lampard and Didier Drogba, and the previous year he won the club’s Players’ Player of the Year award. He’s made almost 150 appearances for us and has 80 international caps to his name with France and yet, at the age of 32, he has found himself at the start of this new 2012-13 season banished to training with the Under-21s at Cobham.

One can contemplate freely why it has turned out this way for the former Lyon man – in a nutshell, he was told to find himself a new club in the summer but was unable to negotiate a deal with an employer willing to pay him what he felt he deserved – however opinions on whether Chelsea’s treatment of the player has been fair remain divided.

In the summer of 2009, after 47 appearances and 9 goals in the previous campaign, including a crucial equaliser at Wembley in April in the FA Cup semi-final against Arsenal, Malouda signed a new four-year contract. He was the subject of much transfer speculation at the time and the club would have been pleased and relieved to have managed to tie him down to a new deal, on terms mutually agreeable, until summer 2013.

Fast-forward three years to the present day, where the influx of the likes of Eden Hazard, Oscar, Juan Mata and Marko Marin has left the French midfielder rather dispensable. The club will feel they made their position rather clear to the player over the summer, expressing to him most likely in no uncertain terms that he wasn’t needed any longer. The club’s stance, taken also by many supporters who help to pay the player’s wages, is that he knew the score before the transfer window closed and must now live with the consequences.

But is this modern-day negative portrayal of a footballer who chooses not to dance to the mighty club’s tune all that fair? The player has a binding contract that ought to be respected by both parties. When the tables have been turned in the past and players have sought to leave against the wishes of the club there has been uproar against the want-away, but when the club deems it an appropriate time to get rid of the player it is somehow looked upon as acceptable. Cristiano Ronaldo might not have done his cause any good by referencing himself as some sort of ‘slave’ but his fight to leave Manchester United was a prime example.

Contrast that to the infamous case of Winston Bogarde at Chelsea, where it was the club wanting rid of the player as opposed to the player wanting rid of the club, and cue mass derision at someone who remained utterly professional up until his final day. It seems to work only one way in the club’s eyes – a player is the possession of the club whilst under contract unless deemed worthless, in which case their contract ought to be null and void.

Malouda has four young children and a family who are most likely all settled in London. He has a contract that pays him very handsomely and assuredly every week. Perhaps it is not a case of him being a mercenary who is happy to sit on his backside and no longer has a passion to play football, but rather a case of him struggling to find employment that he deemed satisfactory.

Comparing footballers’ jobs to the average man’s is probably not wise but consider this; would you switch jobs to one that paid half as much, in a move that will have to be rushed through in a matter of days and which will mean you have to relocate your young family to a new city, a new country and a new culture?

Can people really attack Malouda for not taking a massive gamble with his career and personal life and choosing to stay in the comfiest of comfort zones at Chelsea?

Perhaps the one criticism that ought to be justifiably levelled at the player is his outburst against the club, disguised not so subtly in the form of a picture posted on Twitter, that social medium that tends to dictate so much of the news agenda nowadays. The picture was a simple one of the sign at Cobham for the Under-21s building and was joined by a caption indicating that this was to be the location where the 32-year-old would be spending the final year of his Chelsea career.

Some may argue it is unfair to banish such a reliable and dedicated professional to train with the stiffs, though it can surely be countered that the possibility was made very clear to him over the summer. This is now merely a consequence of his decision to stay put at Stamford Bridge, a consequence he has no right to now lambast. He made a decision in the summer that he was perfectly entitled to make but whining about the consequences now is hardly reasonable. 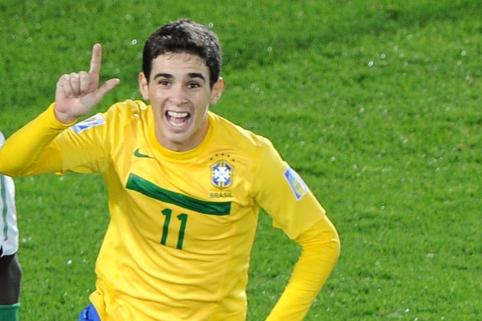