Skip to content
Posted in Fun, Video By By Far The Greatest TeamPosted on September 13, 2012July 10, 2017Tagged FIFA 13
FIFA 13 captures all the drama and unpredictability of real-world soccer, and is driven by five game-changing innovations which revolutionize artificial intelligence, dribbling, ball control and physical play. It is the largest and deepest feature set in the history of the franchise. These innovations create a true battle for possession across the entire pitch, deliver freedom and creativity in attack, and capture all the drama and unpredictability of the real-world game.

Attacking Intelligence – Players have the ability to analyse space, work harder and smarter to break down the defense, and think two plays ahead. Plus, players make runs that pull defenders out of position and open passing channels for teammates. 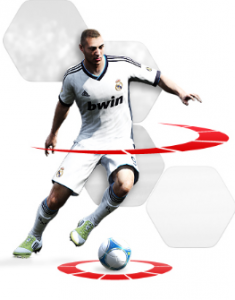 Complete Dribbling – Face your opponent and use precise dribble touches combined with true 360-degree mobility with the ball. Be more creative and dangerous in 1v1 opportunities. 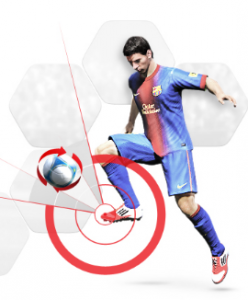 1st Touch Control – A new system transforms the way players control the ball, eliminating near-perfect touch for every player, and creating more opportunities for defenders to capitalise on errant balls and poor touches to win back possession.

FIFA Ultimate Team – Build your Ultimate Team of soccer stars by earning, buying, selling and trading players and items within the FIFA community. Create, manage and compete with multiple squads in new competitions each week. Use the new EA SPORTS Football Club App For iPhone to manage your squad, search live auctions and bid to win new players.

Career Mode – Career Mode has been expanded to include internationals. Play for or manage your favourite national team, competing in friendlies, qualifiers and major international tournaments. Play as manager and secure an offer to coach any national team, with bigger decisions and more pressure. Compete as a player and prove yourself at the club level, then get the call to play for your country.

The Sun – First hands on with FIFA 13