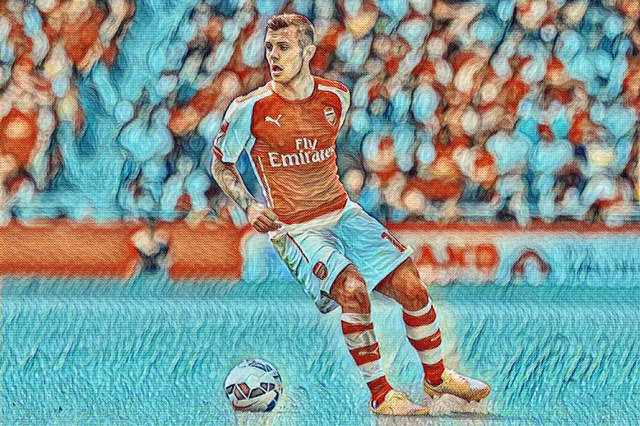 Sporting films often seem to follow the same plot. There is the meteoric rise of an athlete oozing with talent, a fall from grace that places them firmly in the background and then finally the sweetest of redemptions which leads them to greatness. Jack Wilshere’s career to date is reminiscent of the first two stages in the plot.

At the age of 16 he became Arsenal’s youngest ever league debutant, played in the Champions League and scored his first goal for the Gunners in a League Cup victory against Sheffield United. The rest of his teenage years were filled with applaud and praise as he went from strength to strength, the highlight being a man of the match performance against Barcelona which Pep Guardiola referred to as “special”.

However, injury and off field problems have eventually led to Jack Wilshere being shunned by both club and country. He hasn’t got onto the pitch for England since coming on as a second half substitute since England’s 2-1 loss against Iceland at Euro 2016. This season the midfielder has just 25 minutes of Premier League action under his belt this year and hasn’t started a Premier League game since he sustained a season ending injury in AFC Bournemouth’s 4-0 loss against Tottenham in April. He was even sent off in an Under 23s match against Manchester City.

Despite this though, Wilshere’s undoubted talent has come through at times and if he is to get that redemption at any stage in his career, now is the time for him to do it. At 26 years of age he should be reaching the peak of his powers and with the World Cup this summer this could be the biggest chance the midfielder will get to show what he is capable on the world stage.

For now, he is seemingly confined to appearances in the Carabao Cup and Europa League, but if he continues to perform as he has done on the European stage, then this could be enough to get him back into the forefront of Arsene Wenger’s mind and maybe even force Gareth Southgate to reconsider his position regarding Wilshere.

In the first of Arsenal’s group games Wilshere only played 22 minutes, but he hasn’t missed a minute in the three fixtures since. The first of those was a 4-2 win away against BATE Borisov, with the midfielder setting up Theo Walcott for the opener and his impressive performance was spoken about more than that of Olivier Giroud, despite the Frenchman scoring his 100th Arsenal goal.

This was followed by two tough games against Red Star Belgrade. In the first of those Wilshere linked up with Walcott to set up Giroud in a goal which was incredibly eye catching from start to finish. The second of those games was a 0-0 draw, but Wilshere would have secured all three points if it hadn’t been for an outstanding goal line clearance by Damien Le Tallec. The one thing that these matches all had in common was that Wilshere was central to everything his side did and if he continues to do this, especially as Arsenal face higher level opposition in the knockout rounds, then he could potentially get himself more game time in the league as a result of those performances.

The England manager may have dismissed calling up Wilshere in the recent draws against Germany and Brazil due to his lack of playing time at Arsenal, but the call ups of Ruben Loftus-Cheek and Jack Cork show that there are midfield spaces up for grabs in the England squad. As well as that, Ashley Young’s reinstatement shows that he is not afraid to put an international veteran back into the fold if they are performing well in the league. With 34 caps and game time at both a World Cup and Euros Wilshere has been around and if he is able to impress enough to get into the squad for the next round of friendlies, then he could be on the plane to Russia; Loftus-Cheek has shown how quickly a player can get themselves into contention.

The cameras will be rolling at the biggest competition in football, with the world’s eyes fixated on Russia as they await the special performances of the footballing elite. Any Englishman will want to be there with the Three Lions on their chest and Jack Wilshere will be no different. Arsenal’s supporters rued the prospect of playing in the Europa League as opposed to having their usual Champions League spot, but for Wilshere it has given him the best possible opportunity to prove his worth. If he does manage to make it to Russia, it will be Europa League nights in Belarus and Serbia that will be a large contributing factor to his place. The moment of redemption seems far off, but thanks to the Europa League Jack Wilshere still has a chance to get himself out of obscurity and into the limelight for both club and country.