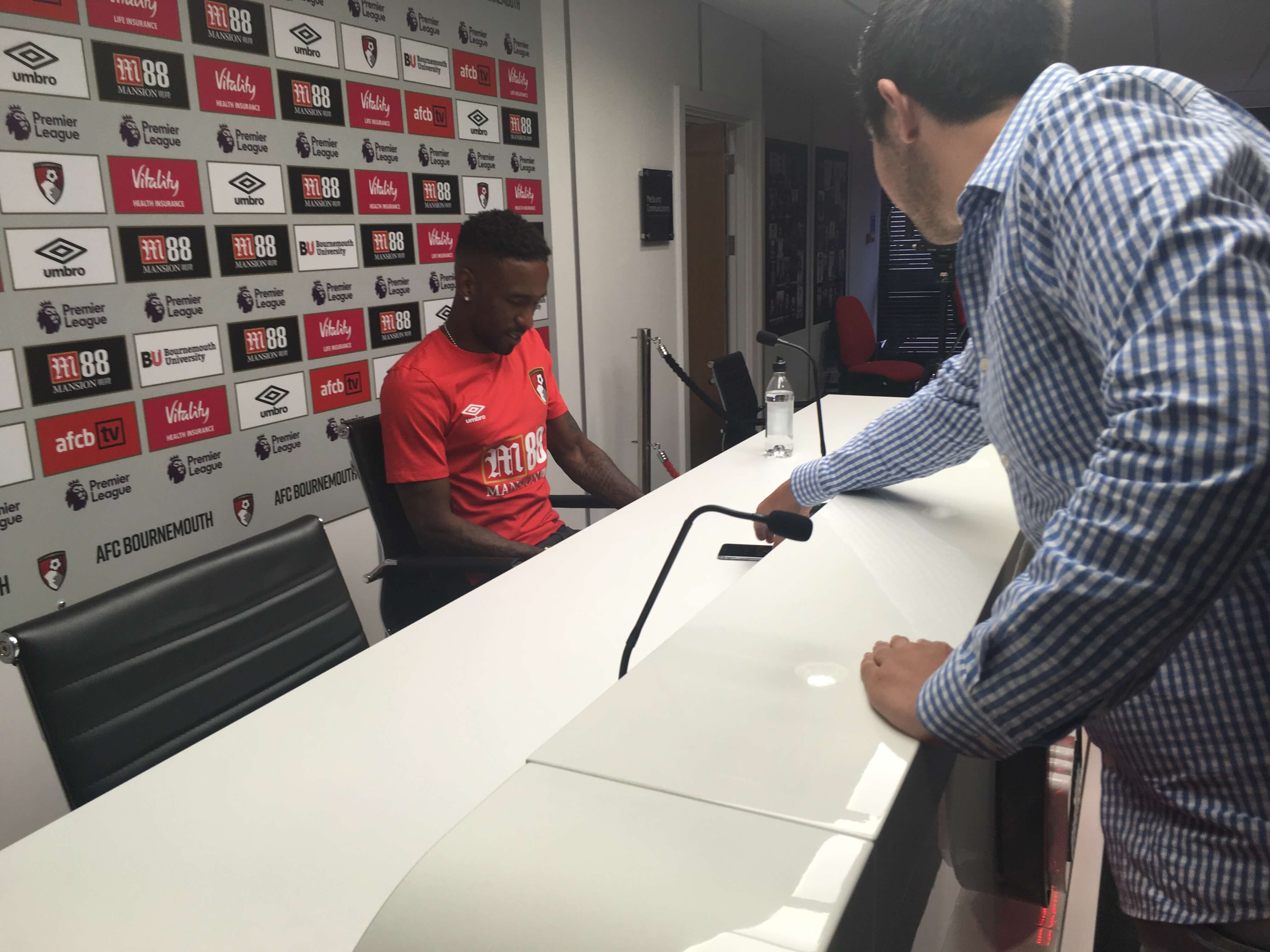 Bournemouth have kicked off their season with a bang by announcing two big name additions today in Nathan Ake and Jermain Defoe.

Looking to secure another top-half finish in the Premier League this year, after finishing 9th last season, boss Eddie Howe will hope the pair can contribute well at their respective ends of the pitch.

Coming in from Chelsea for a reported club record fee of £19.3m Ake, who impressed in his 12 games for Bournemouth last season, will be looking to prove Chelsea wrong for letting him go so easily, even after the departure of John Terry. However, he still looked on the experience in a good light.

He said: “Of course you always want to play more, but I know it’s difficult to get into the Chelsea team, they have great, world class players,”

“But I think the games I played in I done okay and in training, I’ve developed a lot being around those players, so I still feel it was a good step.”

But on being recalled from loan last year he said: “You want to continue playing and when you come back on you’re on the bench or not even on the bench it’s difficult sometimes but maybe that’s what made my mind up.” On why we decided to return he said: “The way I was treated here at the start was good, I really enjoyed it, I felt myself developing over the months and even when I wasn’t playing I still felt Eddie was making me a better player,”

“Straight away when I came in it felt like, maybe it’s not the biggest club, but you feel like part of something,”

“It was also a good option because I know the club and I think I needed that at this stage in my career,”

“I’m so happy to be back it feels like home to me.”

Addressing the fact he is now Bournemouth’s recording signing the Dutchman said: “Of course people might look at you differently now but I always put pressure on myself anyway even if I don’t get bought for a lot of money.”

The 22-year-old is known to be a very versatile player who can fit into either defence or midfield but maybe it’s time to perfect one craft, he said: “I don’t really have a preferred position, when I came I was more of a holding midfielder but then I got the opportunity to play centre back and I felt comfortable so maybe it helped me to versatile.”

In what is now World Cup year this move could be what gets Ake on that plane to Russia having picked up a couple of Netherlands caps already this year.

He said: “Of course, international is what you want to be, hopefully, if I play well here I can be invited to the next squad.” The other big name arrival at the club is Jermain Defoe who at the age of 34 could also be looking to get himself a place in England’s World Cup squad.

Defoe is returning to the south coast of England after 16 years having tried his best to keep Sunderland up last year with 16 goals and he’s hoping he can continue that form at a club where he managed to score in 10 consecutive games in the 2000-01 season (he would score 18 in total that year).

On his return he said: “At the back of my mind I’ve always thought about it, watching the club get to the Premier League and having it at the back of your mind ‘maybe one day it can happen’ it’ll just be like a dream.”

“It’s strange coming back, I’ve seen a lot of familiar faces, some of the lads I used to play with, it’s a special, unique situation.”

“I want to try and relax and take it all in because it’s special, I feel blessed to be here again.”

Reflecting on the club’s rise since he was there 16 years ago he said: “It’s amazing, a unique situation where you’ve got a team together that have been here from day one, and not only get to the Premier League but compete and do well,”

“To be part of that I’m looking forward to it, it’s another challenge which I thrive on.”

“Even at Sunderland looking in I was like ‘Wow, what a job Eddie’s done’ even talking to people I think he gets in at about 6:30 and is the last to leave.”

On his new boss, he said: “one of the first things he said to me was ‘I’d still like to improve you’ and for a manager to say that it’s good because I know I’m coming to training every day and I can improve and I’m looking forward to it.”

Whether or not Bournemouth will be his last club Defoe wasn’t sure as he said: “I don’t know, I’ve always said if you look after your body your body will look after you.”

The Cherries now have an array of strikers with Defoe, King, Afobe and Wilson which also encourages the 34-year-old: “It’s good for the manager to have that sort of competition, it keeps you on your toes when there are other players of that quality that can come into the team,”

“It keeps the fire in your belly.”

Looking to the upcoming season the Premier League’s 7th all-time top scorer said: “In the last two seasons I’ve scored 15 league goals back to back so if I can do that again I’ll be delighted,”

“I don’t want to take my foot off the gas, I want to keep going.”

With a few good signings already, Bournemouth certainly look encouraging as they close in on their third season of Premier League football. With Ake and Defoe joining the ranks along with Asmir Begovic they might just be able to improve on that 9th placed finish last season.

Until then have a good summer and keep your eyes peeled for any other transfer dealings at @ByFarBlog.