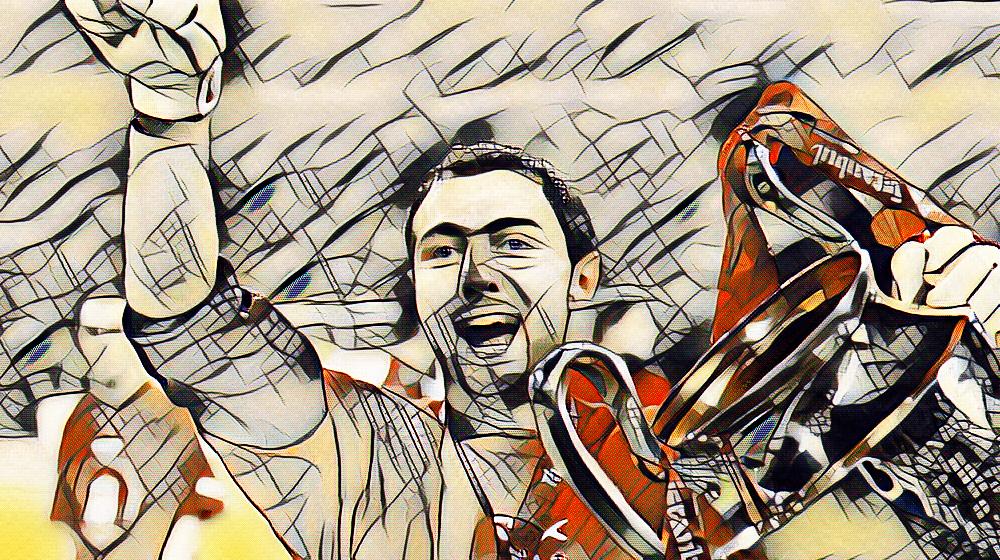 What an evening Jerzy Dudek had in Istanbul on May 25th, 2005. He elevated himself from a decent goalkeeper to a true hero of Liverpool football club. An athletic ‘keeper who earned his side countless points during his Liverpool career due to his top class saves, he was crucial in keeping his side in the Champions League final after a shocking first-half display by his team. The 6″2 Pole made a number of world-class saves to deny Andriy Shevchenko the opportunity to extend his teams lead. Not only was the goalkeeper instrumental during the game, but he was miraculous in the penalty shootout. He psyched out Serginho into blasting his penalty over the crossbar, he dived to the left after swaying left and right, up and down to keep out Andrea Pirlo’s penalty, before finally using his left hand to push Shevchenko’s penalty away from the danger.

Jerzy Dudek didn’t just spontaneously appear at Anfield one day, however. He had forged a good career for himself, setting a league record in the lower leagues of Poland with Concordia Knurow, before signing for Sokol Tychy in Poland’s top flight. Despite only playing fifteen times for his new side, Dutch outfit Feyenoord acquired the goalkeeper on a free transfer in 1996, yet waited a year before giving him his debut. He ended up amassing 137 appearances for Feyenoord between 1996 and 2001, not missing a game in four consecutive seasons and winning the Eredivisie title in the 1998-99 season. Such was the influence of Dudek in that season that he was awarded the Dutch goalkeeper of the year as Feyenoord stormed to the title. He won the same accolade a year later, however, his team finished 3rd, well off the pace of eventual champions PSV Eindhoven.

It was at Liverpool that Dudek really made a name for himself. Gerard Houllier brought in the Pole to be the new number one at Anfield and he duly delivered. He made a series of fine performances and clean sheets in his first season which saw Liverpool finish second and the goalkeeper be nominated (unsuccessfully) for UEFA goalkeeper of the year. He was also influential in helping his side finish as League Cup winners, beating Manchester United in the final. This saw Pope John Paul II announce himself as a big fan of the goalkeeper, announcing that he followed Liverpool because of Jerzy Dudek. So strong was the bond between the two that Dudek even dedicated his Champions League triumph to the Vatican’s most notable resident.

Not everyone was a fan of Dudek, however, most notably, his own manager and Liverpool’s Champions League messiah, Rafa Benitez, famously fell out with him. Sort of. Benitez signed Spanish shot-stopper Jose Manuel “Pepe” Reine Paez from Villarreal in July 2005. This, entwined with an arm injury, saw Dudek lose his starting spot. Reina was arguably a better goalkeeper, certainly, he had the promise to be, yet it did seem cold by the manager to drop Dudek so soon after his Champions League winning penalty saves. Benitez had made up his mind though, and this spelt the end of Dudek’s days at the Kop. He stayed for a couple more years, though this was to help the club rather than to help Benitez. While Rafa was adamant that he had no problem with the Pole, Dudek saw the situation differently, claiming that Benitez was “cold and unfair“.

Unhappy at being demoted to backup at Liverpool, Jerzy took the career move to join Real Madrid and be, yep, you guessed it, a backup. Iker Casillas was, if not the best, in the argument for being the best in the world in the late 2000s, winning the World Cup and European Championships over that spell. This saw Dudek amass a miserly two league appearances in his four years at the Bernabeu, along with a string of occasional cup games. Despite his lack of action, his professionalism and ability were praised by players, coaches and the media alike, and he was subbed off in his final game to a guard of honour, to wave farewell to his excellent career. It was a classy touch from the Spanish giants, and much less sickening than Chelsea’s John Terry farewell so many years later.

Not only was Dudek a legend at club level, but he was adored by fans in his native Poland for his efforts for the national team. He made 60 appearances between his debut in 1998 against Israel and his final game against Liechtenstein in 2013, two years after his retirement from club football. He played all the qualifying games in
Poland’s run to the 2002 World Cup, starting every match in Korea/Japan too. He was dropped a number of times by a couple of coaches, yet the Polish fans always stuck by their goalkeeper, chanting his name in a friendly game when he was omitted from the squad.

Since hanging up the gloves Dudek has lead a relatively quiet life. He helped lead a campaign, along with his Champions League nemesis Andriy Shevchenko, to help award Poland and Ukraine the 2012 European Championships. In 2014 he completed a season participating in the Volkswagen Castrol Cup, a surreal change of pace from the lofty heights of the Champions League. Dudek may not be considered amongst the elite of goalkeepers, he was certainly not a patch on Gianluigi Buffon or Iker Casillas, but regardless, for a period of time, the Polish ‘keeper was hot property. Despite a fallout with Champions League winning manager Rafa Benitez, Dudek will always have a place in the hearts of many Liverpool fans for his incredible display in Istanbul, as well as a place in the heart of the late Pope John Paul II. He was a true hero that night and fans in the Kop would give anything to have a goalkeeper of his quality back between the sticks at Anfield today.