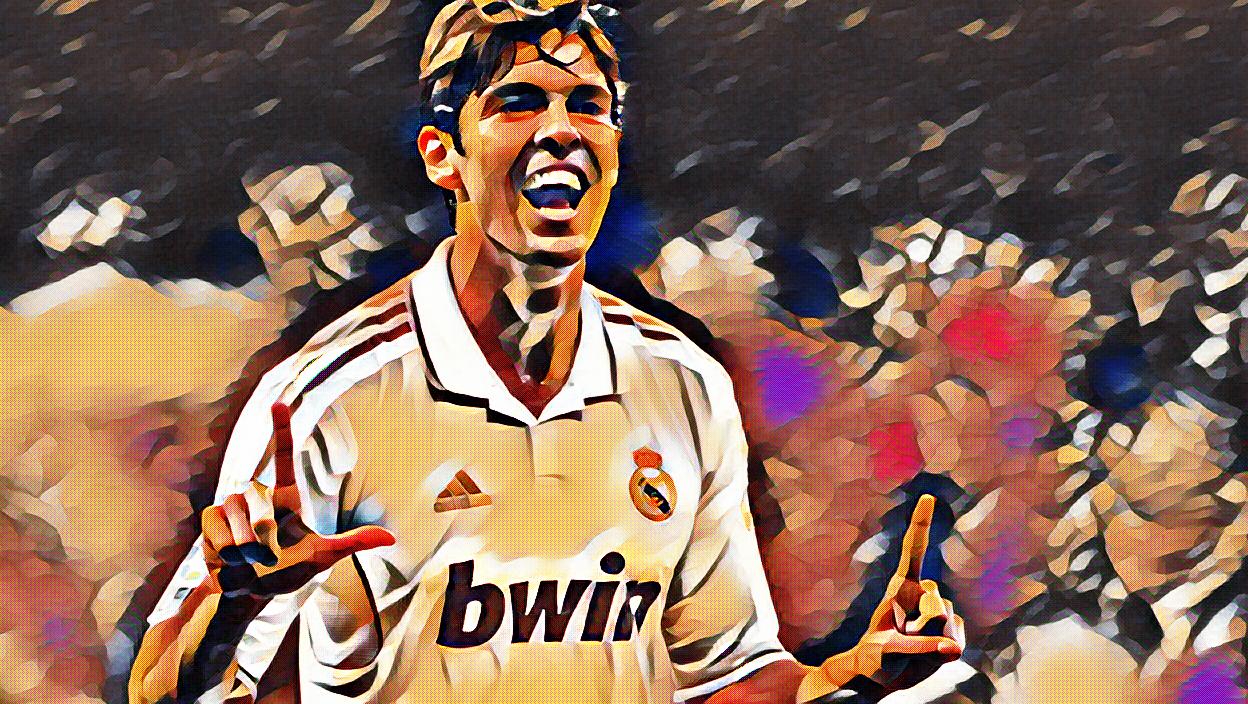 Orlando City and the footballing world were dealt some bad news this week when their one of their star players, Kaka, told the team he would not be renewing his contact at the end of the season. Then came the news that the Ballon D’or winner revealed he now feels only pain at the end of matches. It’s easy to forget that Brazillian was once regarded as one of the best and most naturally gifted players in the world, but poor career choices and persistent injury problems have limited what could have been a career of unlimited potential.

Having being picked up by Sao Paolo at a young age, Kaka’s career almost ended before it began after he suffered a fractured spine in an accident at a local swimming pool. Instead, Kaka claims his recovery was due to his Christian belief which he has become famous for.

From U10’s to senior team, Kaka impressed at every level for Sao Paolo, earning him a move to Europe with AC Milan for €8.5 million. Establishing himself in the first team almost immediately, Kaka soon made a name for himself in a Milan side full of household names. In a team including Andrea Pirlo, Andriy Shevchenko, Paolo Maldini among others, Kaka became the talisman.

Despite being six-foot-one, Kaka had fierce pace and was able to drift by defenders better than anyone else at the time, as well the ability to pick out sublime passes or delicate finishes. He was able to create chances from nothing for teammates, as well as score plenty himself.

In his first season for Milan in 2003-04, he scored in 10 goals in 30 appearances, winning Serie A footballer of the year.

In 2005, he was part of the Milan team which lost in the Champions League final to Liverpool on penalties after leading 3-0. A first half masterclass from Kaka including an assist and a helping hand in the other two goals should have put Milan out of sight.

Instead, Kaka’s Milan were on the receiving end of what was dubbed, the ‘Miracle of Istanbul’. The team struggled to deal mentally with what had happened, Andrea Pirlo later said in his autobiography,

Milan struggled domestically in the following seasons in the aftermath of the Calciopoli scandal, being hit point reductions as a result. However, on the continent Milan were still a powerhouse, with Kaka’s career also reaching a high as they reached the 2007 Champions League final.

Again, they faced Liverpool, this time avenging their defeat two years earlier with a 2-1 victory. Kaka was again in scintillating form, providing an assist for the second goal.

2007 was arguably Kaka’s best year as a player and certainly most successful. After winning the Champions League, he was named UEFA Club Footballer of the Year, names in UEFA’s Team of the Year, Serie A Player of the Year among many others. In December he then won the Ballon D’or, the last player to do so before a decade of domination between Lionel Messi and Cristian’s Ronaldo.

Kaka then had his best ever domestic season for Milan in 2008-09, scoring 16 goals and assisting 9 in 31 league games, as Milan finished third.

He has always attributed his talent to his faith in God, wearing an ‘I belong to Jesus’ undershirt for most of his career. His faith transferred to his saintly demeanour on the pitch, rarely picking up red cards throughout his career.

Kaka then made the decision to leave AC Milan for Real Madrid in the summer of 2009, for €67 million. Milan CEO Adriano Galliani said the offer was impossible to refuse from an economic view, with rejecting nearly €70 being a foolish decision for the club.

Kaka never reached the heights at the Spanish capital that his fee suggested, scoring nine and assisting eight in his first La Liga season. His first long term injury at Madrid came in August 2010, after surgery on his knee left him out of action for four months.

A few niggling injuries after his recovery meant Kaka never put together consistent performances until the 2011-12 season, where he was an important player in Madrid winning La Liga with a record-breaking 100 points.

Eight goals and 14 assists in that season was the closest Kaka ever came to recapturing his Ballon D’or winning form from previous years. Kaka’s influence began to fade as he reached 30 and injuries took their toll.

He decided to rejoin Milan for a season where his good form surprised many, including himself. In 2013-14, he scored nine goals and made seven assists in Serie A, however, the move was always going to be temporary, as Kaka reached an agreement to join Orlando City at the end of the season.

First came a loan move to Sao Paolo until the MLS season started, which he regarded as a ‘dream’. When the season finally started, Kaka became the latest in a long line of European stars to make the move to the U.S in their twilight years. Steven Gerard, Frank Lampard, Andrea Pirlo and David Villa are among those who followed David Beckham’s example and made the trip across the pond.

After three successful seasons in the States, Kaka has now reached the point where it seems he physically can’t continue playing. Plagued my injuries and chronic pain after matches, he was in tears ahead of his final home game for Orlando. A sad end for what should have been an incredible club career.

Internationally, Kaka was more often than not the star for the Brazilian national side. He played a bit-part winning the 2002 World Cup, aged just 20. He famously out-paced Lionel Messi and ran the length of the pitch to score against Argentina in 2006. He missed Brazil’s Copa America triumph in 2007, finishing his international career with just two Confederations Cup victories after his World Cup success. Overall, he made 92 appearances for the national side, scoring 29 goals.

Despite being hampered by incredible bad luck which would leave most players frustrated, Kaka instead summed up his career and personality in one quote, “If things happen it’s because God has prepared me. God has great things for us, if it’s God’s will that I be there, there I will be.”