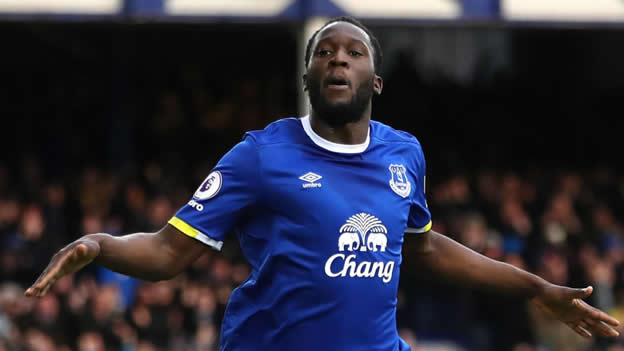 The season may be about to enter the business end of proceedings on the pitch but that has not stopped the rumour mill turning, with reports there could be significant change at Chelsea this summer.

Diego Costa fell out with boss Antonio Conte earlier this year amid rumours that he was set to leave for China.

A move failed to materialise but it has been suggested that the Italian tactician will look to offload his controversial hit-man and bring in Everton’s Romelu Lukaku and Alvaro Morata from Real Madrid.

It would represent a gamble, as Costa is the Blues’ leading Premier League scorer this term with 17 to his name, while he is popular with the Stamford Bridge faithful.

But, if the west Londoners go on to clinch the title then the boss will surely have earned the right to try and bring in a few of his own stars.

Lukaku had three years on the Chelsea books a few years ago but barely played, while Morata knows all about Conte from their time together at Juventus.

Relationships in football cannot be underestimated and Conte could use his influence to lure him away from the Bernabeu.

Lukaku has reportedly turned down the offer of a new deal at Goodison Park and so may be preparing to leave at the end of the campaign.

Staying in the capital but heading east and West Ham have been linked with in-form Sampdoria striker Luis Muriel.

The 25-year-old has scored 10 goals and contributed nine assists in 28 games for the Italians this season and has a £24million release clause in his contract.

Hammers’ boss Slaven Bilic needs back-up for England forward Andy Carroll. As one of SBAT’s key fantasy players for this weekend, he has proved to be devastating when in form. Unfortunately, however, he has spent far too much time on the treatment table.

Billic is also said to be keeping tabs on Liverpool’s Daniel Sturridge and Chelsea misfit Michy Batshuayi, and it seems highly likely there will be a new hit-man at the London Stadium come September.

One man who might be leaving the Premier League is Manchester United misfit Matteo Darmian, according to reports in Italy.

The 27-year-old has become a peripheral figure at Old Trafford and Jose Mourinho has never been a manager to shy away from tough decisions despite the fact the Red Devils would likely make a loss on the player.

The Italy international was bought from Torino for £15m in 2015 and may well be back in Turin but at his former club’s rivals, as Juventus are said to be keen on a summer swoop.

Dani Alves could be on his way out of Juve, with China a possible destination, and so it would open up a spot in the side for the former Palermo stopper.

Celtic star Moussa Dembele may well be the subject of a bidding war this summer, with several top clubs mentioned in connection with the 20-year-old forward.

Links to United will not go away, while a few media outlets are suggesting that Chelsea and Arsenal might also throw their hats into the ring.

The youngster has been a revelation north of the border, with 32 goals from 45 appearances in all competitions and, as such, the Hoops are expected to hold out for at least £30m for their star.