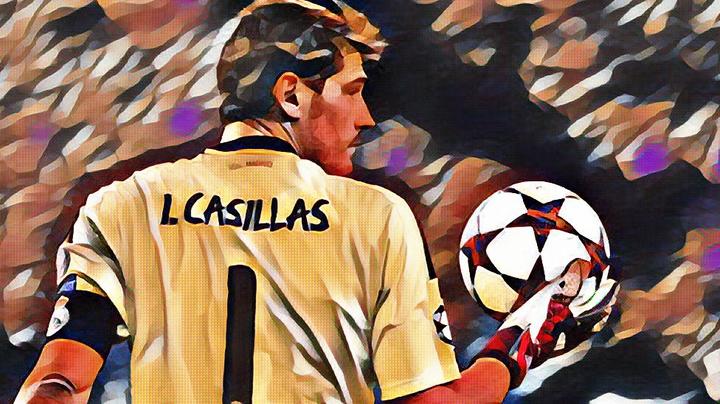 Our first goalkeeper to be inducted into the Legends of La Liga, Iker Casillas is known as one of the best goalkeepers of all time, and certainly one of the most entertaining. Winning near enough every major trophy there is to win at the top level, and every individual accolade possible, Casillas was, and still is, an exceptional goalkeeper. From one-on-one reaction saves to flying to keep the ball out of the top corner, there is no better keeper in recent history for pulling off spectacular saves.

Born May 20th 1981, Casillas joined the Real Madrid youth setup at age 9, the beginning of a 25-year tenure with the club. Representing them at all levels, Casillas quickly rose through the ranks and after just four appearances for the B team, was already promoted, to the senior squad.

He was called up to the first team aged 16, and quickly began breaking records, a habit which become a recurring theme in his career. The first record Casillas claimed was when Madrid beat Valencia 3-0 in the 2000 Champions League final, becoming the youngest ‘keeper to lift the trophy.

Standing at not even six-feet-tall, what Casillas lacked in physical presence he more than made up for in his speed and agility. One of the original ‘sweeper keepers’, which has gone on to be such a popular form of goalkeeping today, Casillas’ speed always gave him an edge over traditional goalkeepers, and emphasised an on-field presence far larger than his frame.

“The strikers will face him thinking about what to do. His figure is so large and has grown over time. Rivals would always feel he commands respect and even fear. In one on ones, he is the best. I always want to have Iker on my team.”

Since that first Champions League, Casillas never looked back and cemented his place as Madrid’s first-team keeper. YouTube videos showcase his incredible athleticism and ability to pull off amazing cat-like saves, but what can’t be conveyed over a YouTube montage is his astonishing consistency.

Casillas played an average of 37 out of 38 league games each season for the next decade, going unchallenged in a period of domestic and international success. In a time where La Liga was slightly more competitive than it has been in very recent seasons, he won five league titles, four Champions Leagues and two Copa Del Rey’s with Madrid.

Internationally, he led Spain to Euro 2008 victory, a precursor so their 2010 World Cup triumph over Holland. It was a memorable first World Cup for Spain, and memorable for the rest of the world as it was the final where there was countless dirty tackles flying in, with Nigel De Jong deciding to start impaling players. Casillas also captained Spain to their 4-0 demolishing of Italy in the final of Euro 2012 and made 167 appearances for the national team.

Casillas has also claimed an incredible number of individual awards. The following list is just a mere fraction of the honours the Spaniard has won over the years:

UEFA Team of the Year x6

With such a huge reputation as a respected figure and one of history’s best goalkeepers, Casillas would seem impossible to drop from a team, right? Wrong. Enter Jose Mourinho.

A number of disagreements between Casillas and Mourinho meant that he was dropped on occasion during the 2012-13 season, before long-term injury ruled him out for the rest of the season. It was choice of Casillas who allegedly went to the press with details of the arguments which led to some sections of Madrid supporters calling him a ‘mole’.

With the impressive form of Diego Lopez, Casillas became second-choice goalkeeper, becoming the first choice for cup competitions once Carlo Ancelotti took over. This was the only real time Casillas’ place was threatened and, as the ‘keeper started to age, some inconsistency and mistakes began to show in his game.

Casillas called time on his incredible Madrid career, and after 725 appearances moved to Porto in 2015, where he has been first-choice since, putting in consistent, quality performances. It is a shame that the controversial final few seasons at Madrid have perhaps harmed what should be a legendary legacy once he retires.

This is somewhat poignantly put by Casillas himself, “Being a good person is like being a good goalkeeper. No matter how many goals you save, some people will only remember the ones you missed.”