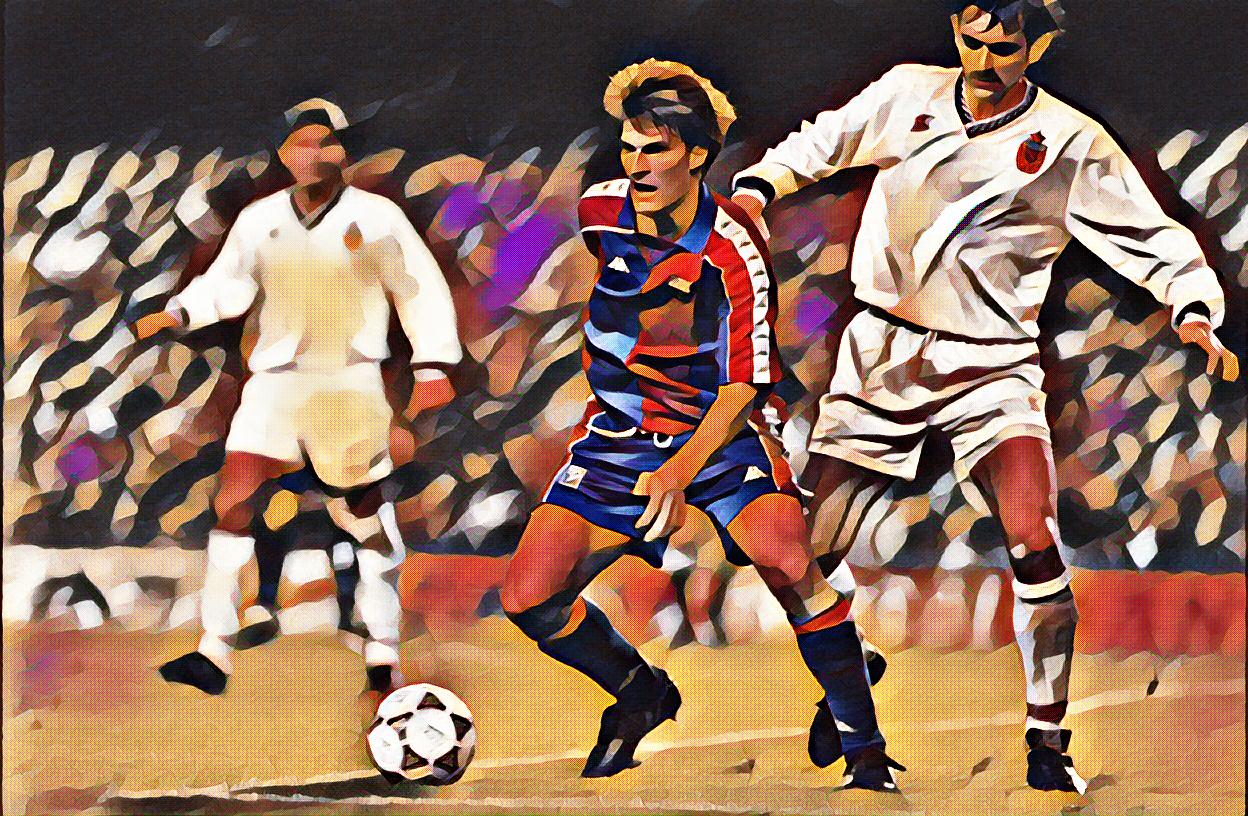 Michael Laudrup belongs to a small group of players, where history has forgotten just how good they were. Few would name him first when remembering Johan Cruyff’s ‘Dream Team’ at Barcelona. Fewer still would guess it is in fact the Danish midfielder who is the favourite player of people such as Andres Iniesta, Luis Figo, Pep Guardiola, Raul and Romario to name a few. In that case, let us revisit the often-forgotten genius of Laudrup.

As is the case with most gifted players, they are recognised and picked up at a very young age. While bouncing around various Danish youth teams as his father finished his playing career, Laudrup turned down the Ajax youth setup at 15.

Instead, he made his senior debut for Kobenhavns Boldklub in 1981, aged 17, and moved to Brondby the next season as they were promoted to the first division. That season, Laudrup scored an incredible 15 league goals, ending the season as the league’s third top goal scorer. Winning Danish Player of the Year in 1982, aged just 18, was a sign of how good he was to become.

After one more season at Brondby, Juventus picked up the rising star for a Danish record fee of $1 million. However, due to the ‘two-foreigner’ rule, he was loaned out straight away to newly-promoted Lazio. Laudrup struggled to flourish in a Lazio side battling relegation however, helped them stay in the league in 1883-84. When they were relegated the following season, Laudrup returned to Juventus after two years on loan.

His return to Turin started what would become a knack of picking up trophies wherever he went. He won Serie A in 1985-86 and was supposed to be the natural heir to Michel Platini at club level. But, due to a mix of injuries and struggling to adapt to the style of play, Laudrup never quite filled Platini’s proverbial boots at Juventus.

Platini himself said about Laudrup, “Michael was one of the greatest talents of all time. He was the best player in the world in training, but never exploited himself enough on the pitch. He lacked only one thing – he wasn’t selfish enough.”

In 1989, he followed his idol, Johan Cruyff, and became part of Barcelona’s ‘Dream Team’. This is where Laudrup found success and a system which suited his playmaking style.

Laudrup’s strengths was his elegance and finesse on the ball which no player in the world at the time could match, and few have since. He was the type of player to glide, not run, across the pitch, with opposition players being left, mouth agape, as he drifted by them like a ghost. In a time where players like Mesut Ozil are criticised for this style of play, Laudrup was heralded as a footballing genius.

His passing technique was so good, several past teammates have said it was a pleasure to play with Laudrup as no matter where they were on the pitch, he could find them. He also had an eye for goal, which his record backs up, but begs the question of how many more could he have scored if he was selfish?

Nevertheless, the Danish genius became one of the most lauded players of his time, loved by fans and feared by opposition, his style of play was unique, especially his trademark ‘no-look’ pass.

Laudrup was instrumental in Barcelona’s four consecutive La Liga titles between 1991-94, as well as the 1991-92 European Cup, a Copa Del Rey, UEFA Super Cup and Spanish Supercopa. His impact on the team was so much so, that before his arrival, Barcelona striker Ivan Zamorano was struggling for form. After he arrived, Zamorano won the Pichichi Award, with Laudrup assisting a staggering 82% of Zamorano’s goals that season.

After years of success at Barca, Laudrup fell out with Cruyff and was left out of the 1994 European Cup Final against AC Milan. Barcelona lost 4-0, with Milan manager Fabio Capello admitting, “Laudrup was the guy I feared but Cruyff left him out, that was his mistake.”

After his exclusion from the final, Laudrup decided his time was up, and made the bold move to Real Madrid in 1994. He left Barca with an impressive 93 goals in 288 games.

Laudrup’s intelligence was not limited to just the pitch either, he predicted before his move to Madrid that Barcelona would struggle after the 1994 World Cup as the majority of the club’s players appeared at the tournament. He said that because Madrid had less players at the World Cup, as well as a hunger to return to the top, they would have a successful season.

As he predicted, Madrid won La Liga and ended Barca’s dominance in 1994-95. Despite their triumph, Madrid struggled the following season and left after just two years. His own personal highlight from his time in Spain being El Classico. Laudrup said, “At Barca I won against Madrid 5-0. At Madrid I beat Barca 5-0. In the end, the aggregate score is 10-0 to me.”

Hard to argue with that logic.

Laudrup spent his later years in Japan and Ajax before retiring to become a manager.

Internationally, Laudrup became an icon over his career, starting by becoming the second-youngest player ever for the Danish national team, making his debut on his 18th birthday. He experienced incredibly mixed fortunes for the national side, appearing at Euro 1984 and scoring an exceptional solo goal against Uruguay in the 1986 World Cup.

However, in Euro 1992 Denmark failed to qualify, but with Yugoslavia having to pull out due to war in the region, Denmark made it through. Laudrup never appeared at Euro 1992, having quit the national team after falling out with the manager, Richard Moller Nielson. It is argued that when Denmark made the Euros, Laudrup ‘stayed on holiday’ as he rated their chances so low.

Little did he know, Denmark would go from not qualifying, to winning Euro 1992 in one of the biggest upsets in recent history. He did manage silverware with the national team, winning the 1995 Intercontinental Cup. He retired after the 1998 World Cup after his side were bravely defeated 3-2 in the quarter finals by Brazil.

Despite his mixed fortunes, what cannot be doubted Laudrup’s status as one of the most naturally gifted midfielders of his generation, and perhaps of all-time. Not many players have a description in the Barcelona website which reads:

“A creative player of such elegance it was often joked he could play in coattails.”