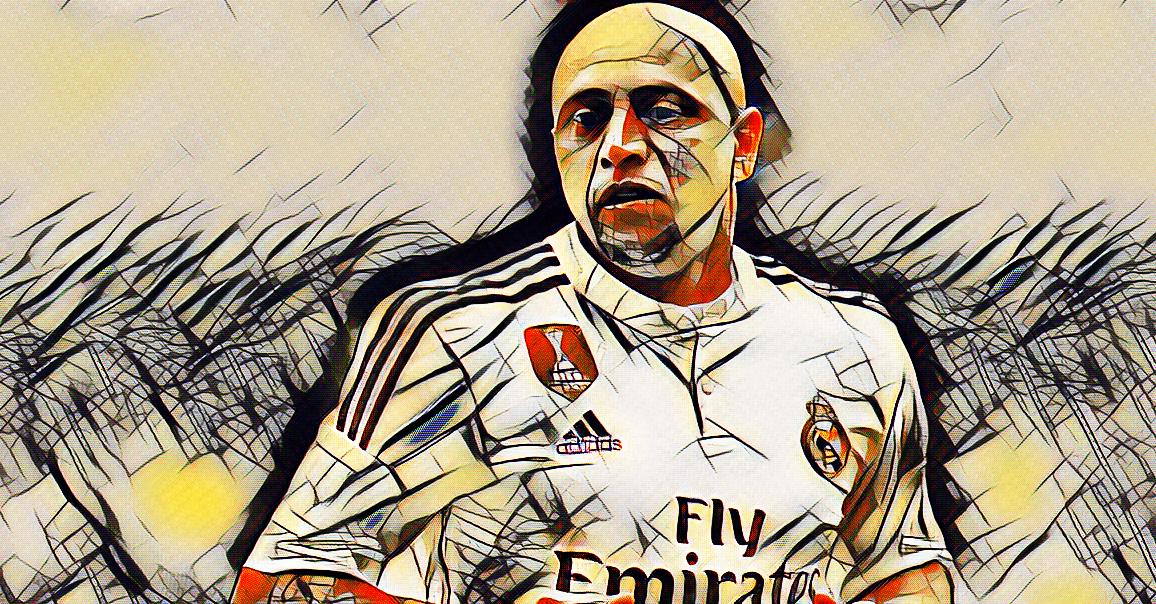 The man who has never skipped a leg day in his life. Roberto Carlos was one of the best and most popular wing backs in the history of not just Spanish football, but world football. From his rocket free-kicks to his bursting forward runs, Roberto Carlos’ impact on football can still be seen by the wing-backs he inspired today. That being said, let’s learn more about our next La Liga Legend.

Born in Sao Paulo on April 10 1973, Carlos grew up, like many young Brazilians, in a poor area, having to work in a factory from a young age. His talent for football was first spotted by Brazilian club União São João, who he joined in 1991. He was soon loaned to Atletico Mineiro, and strangely it would be with a Brazilian club where he first discovered his love for European football.

The Mineiro B team embarked on a tour of Europe in 1992, playing games in countries such as Spain and Italy. Carlos claims he owes his desire to play in Europe to this tour, and sure enough, it was where he would end up.

Carlos joined Palmeiras in 1993, became a key player as they won the Brazilian league twice in two seasons. His success in South America attracted the interest of Inter Milan, who he moved to in 1995, fulfilling his dream of playing in Europe.

It was with Inter where he showed his ability to take rocket free kicks, a part of his game which he would become famous for. However, his dream of European football didn’t get off to the best of starts.

His attacking style of play (think Marcelo with EVEN more attacking) led to the now famous argument with then-manager Roy Hodgson. Carlos revealed in an interview in Brazil, “He told me I would never succeed as a left-back, I told him he doesn’t understand football.”

Looking back at Carlos’ career, it’s fair to say he won that argument.

Eventually he had enough of Hodgson and being played as a winger (and even a striker briefly), complaining that crosses would simply ‘fly over his head’ when playing as striker. Probably a position better suited to someone who isn’t five-foot-six.

Carlos and Inter finished seventh in the 1995/96 season, and left for Real Madrid. This is where he would prove Hodgson wrong and become the undisputed number one left back for Madrid for 11 years.

He became loved for his flair and samba style of play, paving the way for future wing-backs, such as Marcelo as we have already mentioned. Carlos inspired future wing-backs to contribute much more to their team’s attacking play with powerful overlapping runs.

The Brazilian’s individual talent was recognised, and won not just team honours, but individual awards too. He was named in UEFA’s Team of the Year twice in 2002 and 2003, and even finished runner up in the 2002 Ballon D’or. He finished second only to Brazil and Madrid teammate Ronaldo, who was a decent player as well to be fair.

His most famous goal came in 1997, a free-kick against France now known as the ‘banana shot’. Described as an ‘impossible goal’, Carlos struck the ball from 35m out with the outside of his left foot, bending around the outside of the wall with so much curve, even scientists have struggled to explain the trajectory. France goalkeeper Fabian Barthez could only stand and watch as one of the finest free-kicks of all time flew into his net.

In total Carlos scored 11 goals in 125 appearances for Brazil, and ended his illustrious international career after the 2006 World Cup.

Carlos also left Madrid the year after in 2007, joining Turkish side Fenerbache. He left Madrid having scored 68 goals in 527 appearances, holding the record for the most appearances by a foreign player.

His energy, flair and of course, those 140 km/h free-kicks, would immortalise Carlos as a cult legend in Spain, and earn his rightful place in our Legends of La Liga.