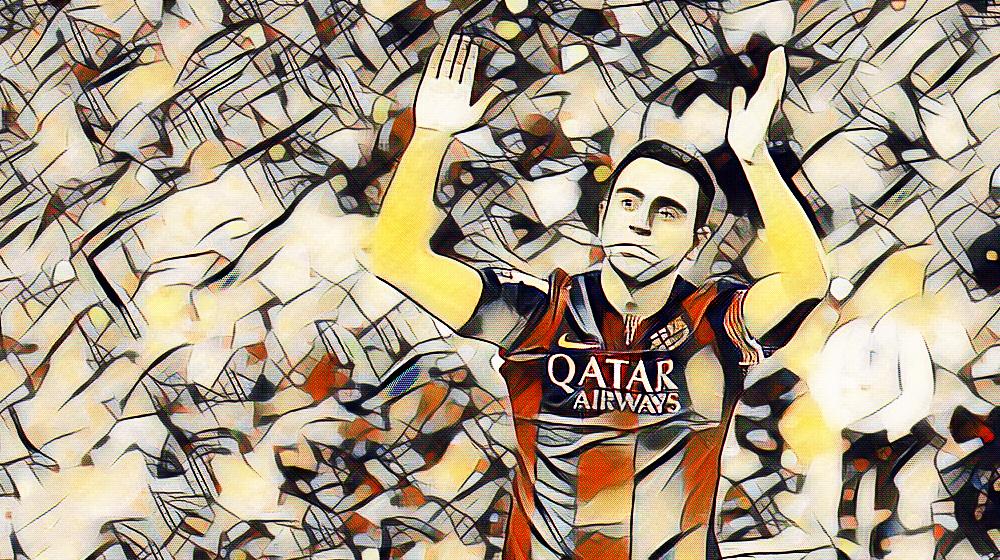 2017 was a dreadful year for various political, social and environmental reasons. But even more tragic than that, it was a dreadful year for icons of football retiring. Francesco Totti, Xabi Alonso and Andrea Pirlo are among the much-loved legends that will live long in our minds now they have departed from the pitch. In November, Xavi also announced he would be the latest to make grown men cry and hang up his boots for good in the summer of 2018.

Many people will remember the Xavi, Andres Iniesta and Lionel Messi trio long after they retire for the flawless, intertwining football. Like the laces on their boots, they weaved their way through teams and seduced crowds year in year out. Not just in Spain, but the entire world was at one point in love with the sheer romance of the football they played. While Messi and Iniesta carry on the legacy of ‘that’ Barcelona team, it was Xavi who came first. It was he who, in the middle of the pitch, lit the spark which engulfed the footballing world.

Born Xavier Hernandez Creus, on January 25 1980 in Terrassa, a region in the heart of Catalonia. Unusual considering his continental style, young Xavi actually grew up watching the big names in English football, including Paul Gascoigne and Paul Scholes. He would grow up to the perfect combination of technical genius from his English inspirations but with a humble mentality engrained in him coming from the quiet provinces outside Barcelona.

At age 11 he was enrolled into the famous La Masia youth setup at Barcelona. It was around now he began to idolise Pep Guardiola, a talented deep-lying midfielder as a player, and a pioneer of tiki-taka as a manager. Little did young Xavi know, he would become the embodiment of his idol’s life achievements and eclipse them, not over a lifetime, but by the time he was in his twenties.

Xavi’s cool head and natural talent propelled him through the ranks and he made his senior Barcelona debut in 1998. In 1999 he won La Liga Breakthrough Player of the Year and by the millennium, an injury to Pep Guardiola meant he overtook his idol as Barcelona’s first-choice playmaker.

Never the fastest nor the strongest, Xavi glided across the pitch, needing only one touch and one second to look up and produce a superb pass or elegant assist. He graced stadiums with such an ethereal presence at times it made Guardiola’s Barcelona, one of the best teams in football history, look like ten regular men and one free spirit.

Xavi stuck with Barcelona during their turbulent years of financial uncertainty, and guided them out of the storm and into a period of unrivalled success. He won eight La Liga titles, with seven coming in the decade between 2005-15. He also won the Copa del Rey three times, the Supercopa de España four times, and four Champions Leagues.

In total, he made 767 appearances for Barcelona, scoring 85 goals as well as 66 assists in the league, but, most incredibly, throughout his career he averaged a pass completion rate of over 90%. His old mentor, Guardiola, said about Xavi:

“From the moment I saw him play, I knew he would become the brain behind Barcelona for years to come.”

Internationally, he was an integral part of Spain’s historic 2008-12 side, winning two European Championships and a World Cup from the heart of midfield, before retiring form the national side in 2014.

A true scholar of the game, the ethos of La Masia resonated throughout his career as it has done in his personal life too. He said: “Barcelona has taught me the value of being part of a team. ‘Today for you, tomorrow for me.’ Those qualities are essential for life in general.”

Despite a distinct awareness of his own limited time as a player, Xavi has kept going until the age of 38. One last adventure in Qatar with Al Saad is coming to an end and come summer, it will time to draw the curtain on one of the beautiful plays football has seen, and one that has lasted twenty years.