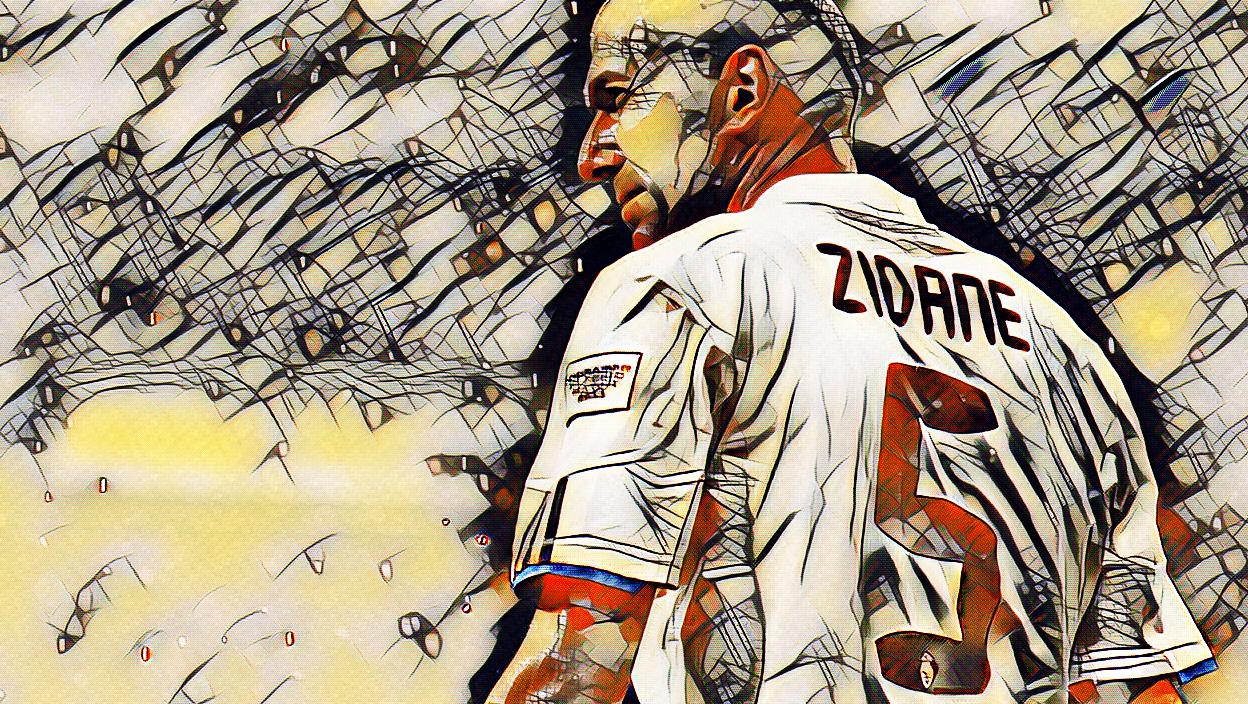 Now, ladies and gentlemen, it’s time for a big one. When defining types of players, it can more or less be broken down into two types. The first player is the type of player who believes they have to train and hone their skill every day, and with work and dedication they can reach the top. They may not always be as naturally gifted, but they make up for that with the effort they put in each game. As a result, many turn out to be the first name on the team sheet. Notable examples include: James Milner, Fabio Borini, Francis Coquelin.

The second type of player is the one who is born to play football. They have a gift and are born with a level of skill that most players dream of. These rarities are the magicians of the modern game and must be marvelled at for the brief years they are around. ‘Zizou’ is the definition of this type of player.

Born Zinedine Yazid Zidane, on 23 June 1972 in Marseille, to Algerian parents who moved in the 1950’s, he grew up in one the roughest areas of the city. Playing football in the streets, he was picked up by local teams and joined the youth setup at Cannes. From a young age he was frustrated at other players kicking and targeting him for his obvious talent, perhaps the roots of what was a darker side to his game which would come to prominence later on.

Making his debut for Cannes in 1989, he helped them to a surprise fourth-place finish in 1990-91, but were then relegated the following season. This gave Zidane a move to Bordeaux in 1992 and began to make a name for himself in France at this time. Many clubs began to show their interest in Zizou in the coming years, including Premier League champions Blackburn Rovers. In 1995, their owner, Jack Walker, famously rejected Zidane and provided the brilliant quote, “Why would we want Zinedine Zidane? We’ve got Tim Sherwood.”

Despite the obvious heartbreak of being called a diet Tim Sherwood, Zidane won the first trophy of his career in 1995, the Intertoto Cup with Bordeaux, the first silverware of what would become a hugely successful career.

After four years building his reputation at the club, Zidane was ready for the move to Juventus in 1996. After being heralded as the successor to Michel Platini, he came into his own after the move to Italy. Zidane scored seven goals in his first season at the club, winning Serie A and the Intercontinental Cup. However, Juventus lost the 1996-97 Champions League final and Zizou was famously marked out of the game by none other than Paul Lambert.

Nonetheless, he came third in the Ballon d’Or in 1997 and was now recognised for being one of the smoothest, most talented midfielders in Europe. Alfredo di Stefano said in 2003, “He is one of the best I have ever seen. He plays as if he had silk gloves on each foot.”

Zidane indeed was more a scorer of great goals rather than many, and was elegance personified on the pitch. From a perfect touch, to 40-yard lobs, to the famous ‘La Roulette’, Zizou’s control of the ball was unlike anyone around at the time. It is hard to describe such a player without drooling over his style of play, which is perhaps the point. Ronaldo, Xavi, David Beckham, Rivaldo, Xabi Alonso, just a fraction of the players who describe Zidane as they best they have played with, or against.

Back at Juventus, Zidane was lauded for his performances, however, his temper caused controversy. In 2000-01, Zidane was banned for headbutting Hamburg player Jochen Kients in a Champions League game. It was a manifestation of the frustration he had from a young age for being kicked around and was a trait that never left him.

Despite a frustrating season, Zidane was named FIFA World Player of the Year in 2000 and Serie A Foreign Player of the Year in 2001.
It is easy to forget that Zidane was already 29 when he made the move to Real Madrid, and wasstill in his prime well into his thirties. In 2002, he scored THAT volley at Hampden Park to beat Bayer Leverkusen in the Champions League final. Just to emphasise how much of a mercurial talent he was, the volley was on his ‘weaker’ foot.

The La Liga title followed in 2002-03, with Zidane the key cog in a team fielding players such as Luis Figo, Ronaldo, David Beckham and Raul. In 2003, he won FIFA World Player of the Year for a third time and stayed remarkably fit in his later career. He never played less than 29 league games in his five seasons at Madrid, with nine goals and ten assists in his last season in 2005-06.

Internationally, Zidane was an even bigger star than at club level, become a French and Algerian icon due to his career and heritage. He won the World Cup in 1998 and thanks to his double against Brazil in the final, became a national hero. Images and effigies of Zizou were paraded around the Arc de Triomphe, where over a million people celebrated the victory and the birth of a legend.

It is sad that Zidane’s international career will always be remember for the 2006 World Cup final. Enough has been said about the Materazzi headbutt and there is not much more to be added. What is far more powerful than the action itself is the image of one of the finest players of his generation, walking past the World Cup and retiring from football.

Zidane of course stayed close to Madrid, coaching the Castilla youth team before taking the helm of the first team. When Zidane finally retired, the Bernabeu crowd displayed a banner saying, ‘thank you for the magic’. A fitting way to say goodbye to a magical player.