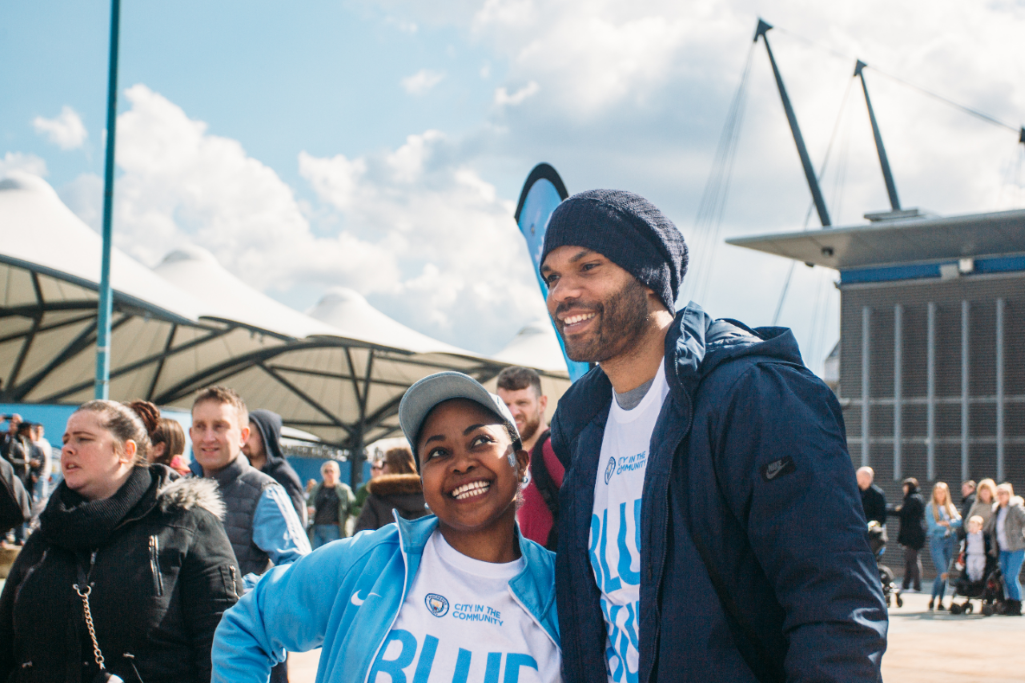 He was part of the title-winning back line that snatched the Premier League title from Manchester United in the dying moments in 2012.

However, instead of being part of a backline containing Vincent Kompany, Pablo Zabaleta, and Gael Clichy, Joleon Lescott joined supporters at the start line of the annual City in the Community all blue colour run last Sunday.

More than 1000 sky blue fans packed the grounds of the Etihad Stadium in the second year of the event, in an attempt to raise as much money as possible for charity and to get some exercise.

The event raised more than £30,000 for the City in the Community (CITC) foundation.

The title-winning defender spent five years at the Etihad Stadium after joining from Everton for £27.5 million and was an extremely popular figure when he donned the sky blue outfit.

Lescott, who is now retired from football, commented “Today’s a great occasion for the community to come together and raise money for the foundation.

“It doesn’t matter what your running ability is, it’s a great opportunity to take part and just have a good time.

“It also gives fans the chance to see the Etihad Campus and player facilities where the teams train every day.”

CITC is a charity foundation that was formed in 1986, with the aim to use the ‘football effect’ to promote health, confidence, safe spaced and pathways into training and jobs for young people.

The initiative works with up to 40,000 individuals in Greater Manchester every year and it inspired each of City Football Group’s majority-owned clubs, New York City FC and Melbourne City FC to launch their own independent charities.

Head of the CITC, Mike Green said, “It’s been fantastic to see so many fans around the Etihad Campus today supporting City in the Community.

“Their dedication and support will ensure that the foundation can continue to enhance the lives of thousands of people across Greater Manchester.

“We are so thankful to everyone who took part.”

In addition to organising and running the event, the CITC lent assistance to the participants of the 5km run, through the launch of its first ever fundraising pack.

The pack was created to support and help fans with their fundraising efforts.

It is a free downloadable resource that gives fans tips, advice, and ideas to help with the planning of their fundraising activities.

The pack can be found at mancity.com/fundraising.