Becoming the first player to lift a World Cup trophy for an English side since the great Bobby Moore in 1966 is enough to cement your name in footballing history. Yet, for 20-year-old, Lewis Cook, the journey is just beginning.

Having lifted the U20 World Cup in South Korea in June, Lewis Cook stepped up a grade by being selected for the full England squad for the friendly against Brazil. Although he did not feature during the game, his inclusion along with Angus Gunn and Dominic Solanke in Gareth Southgate’s squad, suggests there is plenty of young English talent waiting in the wings.

Solanke himself featured alongside Cook in South Korea, finishing as the Golden Ball winner in the tournament, before coming on for the final 15 minutes against Brazil. Cook is yet to experience full international football on the pitch like his U20 teammate, but his inclusion in the squad will bolster his taste of what a full international match day is really like. Just being a part of the set-up of the squad, and setting foot in the same stadium as the likes of Neymar is an invaluable confidence boost in itself.

I am incredibly honoured and proud to be called up for the @England senior squad. A huge achievement for me and my family. Thank you for all the kind messages ???

Sampling the atmosphere of 85,000 fans in Wembley is something the young midfielder will have soaked in, and surely will have whetted his appetite for more inclusion in the future.  Given that he has featured only 8 times for Bournemouth in a stadium with a capacity of less than 12,000, being inside Wembley for the Brazil game was a big deal for Cook.

Having captained an English team to World Cup glory, Cook is no deer in the headlights however. Indeed, Cook became an integral part of Leeds United’s side before his move to Bournemouth, settling into Championship football extremely quickly for a teenager.

Featuring 80 times for the West Yorkshire side was enough to prove he was ready to move up to the highest level of English football. Receiving the Football League’s Young Player of The Year award in 2016 emphasised that his ability was being recognised as a stand-out performer.

Despite making his debut in Bournemouth’s first game of the 2016-17 season, a 3-1 home defeat to Manchester United, an ankle injury in his third game for The Cherries curtailed his progress. Cook has sporadically featured for Eddie Howe’s side since that game, still yet to reach ten games for the club.

However, there is enough ability to suggest Cook is destined for big things as he develops. His vision and ability to pick out a decisive pass can be exquisitely good. This was perfectly illustrated during the semi-final of the U20 World Cup, where Cook picked the ball up in space, before threading an inch-perfect pass through the Mexican defence for Solanke to score the only goal of the game. 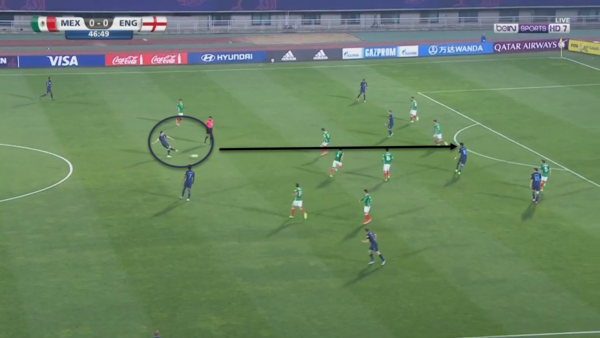 Cook’s maturity to play the right pass on so many occasions throughout the tournament was essential for England’s progression. In fact, he was often the heart-beat of the team when creating chances from deep.

In many ways, Cook can even be described as the complete midfielder. Energetic and talented enough to dribble with the ball because of his excellent close control and acceleration, Cook is also not afraid to put in a crunching tackle. As shown in the image below, Cook can throw himself about for his team’s cause, dispossessing Harry Winks in a no-nonsense, hard-but-fair manner. Cook’s style is simultaneously aggressive and stylish. 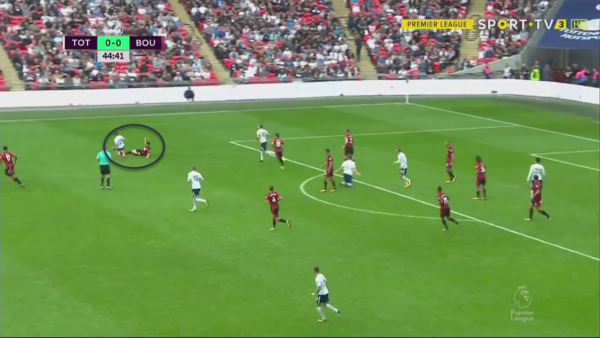 The only thing that may hold him back from being the complete midfielder is his goal scoring ability. This is mainly because his game is revolved around breaking up play and then distributing it to more attack-minded players further up the pitch.

Cook only scored one goal during his time at Leeds, but it was a goal that was nothing short of spectacular. From 35-yards out, Cook unleashed a blistering strike which dipped into the top corner of the net. In other words, it was unstoppable.

Cook, therefore, has the ability to strike a football with great effect when going for goal himself, but there are other attributes to his play which are more prominent in his repertoire of skills.

There are other developing English players who may end up fighting with Cook for a place in the England side. The likes of Winks, Jack Cork and Nathaniel Chalobah are just a few names with a viable prospect of becoming an England regular in years to come. Cook is now in the mix to add to this competition for places, having appeared in the squad for the first time.

At just 20 years of age, there is plenty of time for this World Cup winning captain to add to his accolades. Yes, he may have been the first captain to follow in Bobby Moore’s footsteps, but for Cook, the real headline is yet to be written.