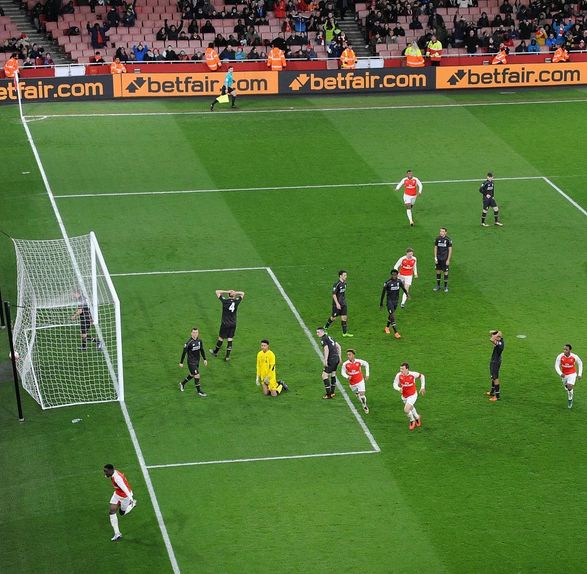 Life as an Arsenal fan can be really difficult sometimes. In five of the last six seasons, the side that topped the Premiership on New Year’s Day went on to lift the title. This year I was sure that Arsenal would lift the title.

Most pundits predicted that Leicester City would collapse under the pressure of a title challenge – It was, however, Arsenal who collapsed instead. We were unable to reach the semis of the Champions League and had an early knock-out to Watford in the FA Cup.

Since 1996 Arsenal have qualified for the Champions League 16 times under Arsene Wenger though we have not won a single Champions League trophy. Our 9 year trophy drought ended 2 years back after we won the FA cup defeating Hull City. We have never finished below Tottenham under Wenger and Arsenal is the only English club to have won a golden Premier League trophy. I believe there should be no doubt that Arsene Wenger has revolutionised Arsenal. My only concern in recent years it seems that our primary goal is to compete in the top four rather than take control and win some silverware.

Losing 4-0 to Southampton on Boxing day was a key factor. We all know Mesut Özil and Alexis Sanchez have been the heart and soul of the club since they joined Arsenal. Mesut Özil made more key passes (146 with 19 assists) than any other player in Europe’s top 5 leagues this season. When you compare this with Thierry Henry in 2002-03 he created 75 chances with 20 assists. French forward Olivier Giroud failed to score in the Premier League for a whopping 16 games, which for any team depending on goals is going to be tough. With Mesut Özil virtually spoon-feeding Giroud chances, how can a striker go so many games without a goal? Giroud has scored two wonderful hat-tricks this season. So we know that he can score but he is just not consistent and has missed so many chances.

Nobody could predict the loss of Arsenal’s main players through injury at the same time and it was a real blow to lose, Alexis, Cazorla and Coquelin. Alexis had scored 17 times with 11 assists in all competitions for Arsenal with the potential for much more but between his club commitments, the World Cup, the Copa America, he played virtually non-stop for three years and it was no surprise that he suffered so many injuries this season.

Hector Bellerin had a good season scoring 1 goal with 8 assists times in all competitions for the Gunners. He also created the most clear chances (7) in the premier league. We have seen how fast he can run. He is surely a future star if he continues to perform like this.

Another name worth mentioning is Laurent Koscielny who is possibly Arsenal’s next captain. I believe there is no doubt that he is one of the best centre backs currently in the world. He has made the most interceptions (69) this season in the premier league with a passing accuracy of 87.40%. He has also netted three times. He is definitely a precious asset to the club.

Petr Cech was a great addition and was awarded the Premier League Golden Glove after keeping 16 clean sheets in his first season at Arsenal.

It’s true that Arsenal are the only club to have beaten Leicester City twice this season but it was in other games that Arsenal were just not up to scratch, at West Ham they threw away a two-goal lead against and poor finishing throughout the season from Olivier Giroud, Theo Walcott, Alexis Sanchez and Aaron Ramsey left the Gunners with an uphill battle.

In the forthcoming 2016/17 season Arsenal are going to face really tough competition from Man City and Man United as both Pep Guardiola and Jose Mourinho will be looking to make their mark in the Premier League and when you add in challenges from a strengthened Klopp side, Liverpool are a clear threat. We should not underestimate Chelsea either!

If we genuinely want to bag a trophy next season we need quality players and mental stability. Players must not give up or collapse under pressure situations and Arsenal’s first summer signing, Borussia Monchengladbach midfielder, Granit Xhaka is a great start. He is expected to bring some grit to Arsenal and we need to add a striker who consistently scores with a proven track record, someone like Gonzalo Higuain or Edison Cavani. A solid defender wouldn’t go a miss either, someone like Raphael Varane.

Now we just need to wait in anticipation for next season. #COYG