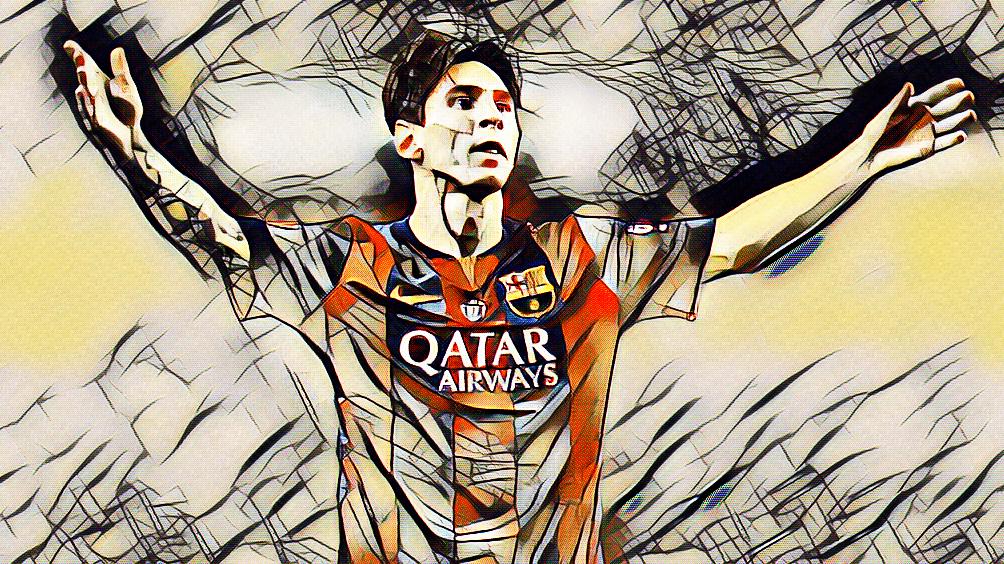 It’s been an eventful year for Lionel Messi so far. In the past month alone, the Argentinian has married his childhood sweetheart and signed a new five-year deal with Barcelona. There was also the small matter of turning 30. As everyone knows, 30 is a pivotal age in the life of a footballer, often said to be the end of a player’s prime. Exaggerated? Maybe. But an important year nonetheless for any footballer, just ask Cristiano Ronaldo, who overhauled his entire training regime after turning 30. The aim was to prolong his playing career as long as possible. Now as Messi enters his thirties as a married man, it’s his turn to start a new chapter in his incredible career.

Messi’s wedding was as lavish an event as you would expect. A host of footballing legends and ex-Barcelona teammates helped him celebrate the event. The guest list included Carles Puyol, Samuel Eto’o, Cesc Fabregas, Sergio Aguero, Sergio Busquets, Jordi Alba and Xavi. Not a bad 7-a-side team.  There were a few notable absentees including Diego Maradona (not so much to the 7-a-side team). There were also symbols that Messi is ready to branch out and focus on other areas of life when he eventually retires, including a complimentary bottle of Lionel Messi wine.

Barcelona have also confirmed that Messi has signed a new contract, keeping him at the Camp Nou until 2021. The contract includes a €300 million buyout clause, all but ending Manchester City’s hopes of signing the forward. In reality, it has never been likely that Messi will ever leave Barca, except perhaps for his first team, Newell’s Old Boys in Argentina, where his career started. Messi will be 34 when his contract ends, and inevitably questions will arise over time whether it will be his last contract with the club. The important question is, how long will one of greatest of all time want to continue playing?

As Cristiano Ronaldo has shown us in recent years, when a player turns 30, the emphasis changes to maintaining the physique that they have built up over their career. However, Messi and Ronaldo have always been polar opposites when it comes to build. The six-foot-two Portuguese is the definition of hard work and dedication, training almost non-stop to squeeze out that extra yard of pace, that extra inch in jumping, and that extra bit of strength over a defender.  Therefore, when Ronaldo turned 30, his regime completely changed to prolong those aspects of his game which he had decided are the most crucial.

Messi on the other hand, would struggle to out-jump Javier Mascherano. In his youth, Messi underwent growth hormone treatment just to reach five-foot-seven. However, the brilliance of his game is that it has never been about power or strength, but incredible agility. After all, strength isn’t needed if a defender can’t get near you. Adrian Coria, Newell’s Old Boys coach who trained Messi in his youth said:

“When you saw him you would think this kid can’t play ball. He’s a dwarf, too fragile, too small. But immediately you would realise that he was born different, that he was a phenomenon and that was going to be something impressive.”

Unlike Ronaldo, Messi is a symbol of natural talent, a gift that no amount of training can replicate. It is hard to judge whether that is an advantage or not in later years, whether a loss of pace and agility will shorten Messi’s career, or whether his natural gift can keep him at the highest level for several years to come.

As for Messi’s role in the Barcelona team in future, a quality he has shown over the years is his adaptability. He is comfortable as a centre-forward in a false-nine, a winger, or even more of a playmaker. The latter is likely to be the role Messi takes up in seasons to come. Last season, Messi managed nine assists in 32 games in La Liga, his lowest since 2006. This was offset by the 37 goals he scored as part of the potent MSN front three. As he drifts from goal-scoring winger to playmaker, perhaps behind the striker, we should start to see Messi’s game evolving to more of a creator. He may even take over Iniesta’s role as a deep playmaker as the Spaniard enters his later years.

There is also Messi’s Argentina career and legacy to take care of. After retiring from the national team after another loss in a major final, this time in the Copa America in 2016, Messi returned after a public outcry in Argentina over the decision. No doubt he will add to the 118 appearances he has already made for the national team, however, he is fast running out of records to break. After overtaking Gabriel Batistuta’s record of 54 goals for the national team, Messi now sits on 58. Time will tell whether he will be able to overtake Javier Zanetti’s record of 143 appearances, but supposing Leo doesn’t spring any more surprise retirements, it is likely he can do it.