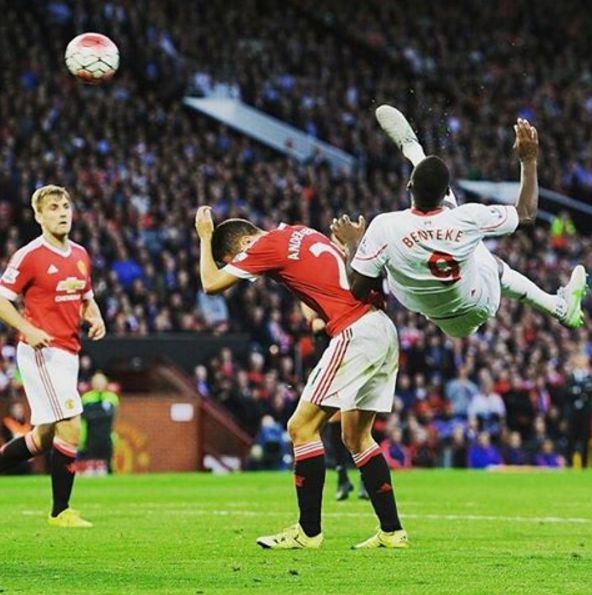 Posted in Chelsea, Liverpool, Newsnow Feed By By Far The Greatest TeamPosted on October 29, 2015November 5, 2015

New Liverpool boss Jürgen Klopp has suffered more misery with his striking options at Anfield after striker Christian Benteke has been completely ruled out of tonight’s League Cup clash with Bournemouth – meaning the powerhouse could also be unavailable for the showdown with Chelsea next weekend.

Benteke only returned from injury last weekend to make a substitute appearance for Liverpool in the 1-1 draw against Southampton and, the Belgian powerhouse was on hand to open the scoring for Klopp’s side before Sadio Mane helped the Saints draw level.

The former Aston Villa striker is the third striker to succumb to injury in three weeks of Klopp’s reign after sustaining the injury in the closing stages of the weekend game.

Although Benteke is not facing a long spell on the sidelines, he is a doubt for next weekend’s game against Chelsea and is certain to miss out on tonight’s game against the Cherries. Klopp could now decide to start Divock Origi in attack once again.

Benteke joins fellow strikers Daniel Sturridge and Danny Ings in the Liverpool treatment room. Sturridge has yet to feature under Klopp having injured his knee in a collision with Jordan Ibe while in training ahead of the draw against Tottenham, while Ings is expected to be out for the long-term.

Liverpool are in need of a win after three successive draws in all of Klopp’s games in charge so far, while Chelsea boss Jose Mourinho is under intense pressure to start picking up results following below-par outings this term.

There are reports the Portuguese tactician will be sacked if he fails to secure a win against Liverpool and, with Klopp also looking for his first win in charge of the Merseysiders, the match promises to be full of intrigues.