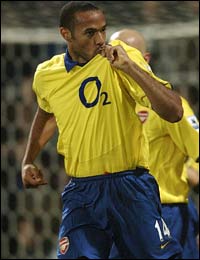 ‘Player Power’ seems to be at its peak. We’re starting to hear more and more stories about players refusing to play, going against their contract, to try and force something, the majority to get a move out of the club. This makes you ask the question, is there any loyalty left in the game? Or are the ‘one man-club’ days gone now, as money plays an even bigger part in the modern game?

I’d like to start by saying I understand why players move for money and I won’t complain if a player moves because he’ll get a fatter pay cheque. It’s life. Everyone would do it. Everyone already does it. For example, if you were working behind a bar, then a new, modern bar opened down the road and offered you a job there, for three times your current wages, you must really love your current owner if you say no, because the fact is the majority of people will say yes. Everyday people take new jobs, and the main reason they take it, is because of money or a great opportunity for success, but I still believe in loyalty and repaying those that have made a difference to you and your career should be a factor. This doesn’t seem to be happening in the football world though.

This summer, we lost some great players, who were also loyal players and will be looked back upon as legends. Players like Alessandro Del Piero, loyal to The Bianconeri over the years, Alessandro Nesta and Filippo Inzaghi, both loyal to AC Milan. Recently, there’s also been the likes of Paolo Maldini, Javier Zanetti, and Gary Neville, as well as those still playing, like Ryan Giggs and Paul Scholes.

But are these dying breeds? As these players start to fade out, will anyone take their place? Or will football become a big free-for-all?

Unfortunately, it’s the time of the article where were talk about dis-loyal players. I think the first lot to talk about are the injury ravaged players, who leave when they get a good run of games. I bet you can guess who I’m going to start with.

Did you guess right?

That’s it, Robin van Persie. He released a statement, which in short says Arsenal are not showing as much ambition as he’d like and he won’t be signing a new contract, although never said he would leave. Lots of people are saying he should show more loyalty, as Arsenal have stood by him through his injuries, and I tend to agree. When Van Persie arrived at Arsenal he had temperament issues, then he used Robert Pires as an example, someone to look up to, and put his head down and worked hard. This change in attitude resulted in him being named captain at the start of last season and after managing to stay fit throughout the season, his hard work paid off. He scored 37 goals in all competitions and won the Golden Boot.

Was he right in saying the club weren’t showing enough ambition? Their new signings, the likes of Podolski and Cazorla, indicate they are an ambitious club. After losing the likes of Fabregas and Nasri in recent years, the club has really made an effort this summer to strengthen.

Last season was his first full, injury-free season. His ability has always been there to see, but only for a limited time, as it would only be a matter of time before he hurt his ankle again. This means he’s only had one proper season playing consistently for Arsenal, yet now thinks he’s accomplished all he can. He should have extended his contract as a minimum, as that’s the decent thing to do. Lots of players do this before they leave because it means they’re more expensive, so the club can get more money for them, but he hasn’t even done that. He wanted to leave and that’s all he has his sights set on. I think for all the years Arsenal have stood by him with his injuries, or sent him to get some kind of revolutionary treatment, he should have given them at least one more year, as it’s been an exciting summer for them, signing three high-quality players and with van Persies goals, and Giroud to take some of the weight off his shoulders, it could be a successful season, even a season where they end the trophy drought. Then, if that doesn’t happen this season, he can be sold next season, as it would be clear he wants to win something, as the club has bought but still not won, so then it would be fair enough.

Next, is a similar situation, just on a smaller scale. Michael Kightly. As a Wolves fan, this could come off extremely biased. Kightly is a great player (not world great, but for Wolves standards) and he recently refused a contract at Wolves, to ‘remain in the Premier League’. I would be perfectly fine (well, not perfectly fine…) with this if it was say Jarvis or Fletcher, as they’ve given us a good couple of years in the Premier League, but Kightly hasn’t. While we’ve been in the Premier League, Michael Kightly has been injured, but instead of ditching him like we could have, we paid for lots of expensive treatment abroad for his rare injury, so we could get him back to his peak, as he is a brilliant player when at his peak. Then, he has a good end to the 2011-2012 season, around 10/15 games, and wants a ‘fresh challenge’ and ‘to remain in the Premier League’, despite saying ‘I’ll help Wolves get back to the Premier League’ at the end of the season. He spends half a season, if that, playing well in the Premier League and thinks he’s too good for the Championship. He should have stayed for at least a year, to show loyalty to the club that took him from Grays and the fans, who he’s always been a favourite with, then next season, he could go if we don’t go up, as at 27, he’d want a couple of years of Premier League football.

“I’ll be criticised by some fans and there is the opinion that the club stuck by me through my injury problems and now I’m leaving,” Kightly said. “I understand those views, and I may never be able to change them, but I also hope fans would remember me as a player who gave absolutely everything I could for Wolves every time I wore the shirt. Yes, I haven’t played as much as I wanted, but I left everything I had out on the pitch and grew to love Wolves. But it’s a short career, and the opportunity that Stoke have offered me is one which may not have come along again and one I felt I just couldn’t turn down. I always had a great relationship with the fans, and I hope in time they’ll remember all the good things that happened at the club while I was there. I’d like to wish Wolves every success and I hope they can have a good season and get back to the Premier League. I’ll be keeping in touch with people, and would like to come back and support Wolves if the fans will let me!”

There’s a lot more players that have shown huge disloyalty to clubs lately, Tevez refusing to play and taking a long golf break for instance, after making a move from rivals Manchester United, or Gael Clichy who said this: “I really believe that if you are a player who thinks only about money, then you could end up at Manchester City. You have to think if you want to play for a big club and have your image, or play for a good club and earn big money.”

And where is he now? In fairness, he’s justified his move by winning two trophies, but you don’t say something like that then go back on yourself.

One of the rare situations in football is that of Craig Bellamy, who’s halved his wages to try and get his hometown club, Cardiff, into the Premier League. That’s loyalty to your club.

So, is there any loyalty left?