Reports from the Metro can reveal that Bayern Munich boss Pep Guardiola is likely to leave his current job at the end of the season in order to seal a move to Manchester United. The Spanish manager is currently in his third season with the German giants and rumours are rife that he could soon be calling his tenure with them to an end.

The possibility of a manager of Guardiola’s stature being available has alerted quite a few clubs and the race for his signature has already begun. English giants Manchester United and Manchester City are reported to be the favourites to land the former Barcelona boss. United and City are currently separated by three points and one place as the clubs head in to the festive season.

While both of these teams remain interested in hiring Guardiola, it is United boss Louis Van Gaal who is under more immediate pressure. The Red Devils boss is hardly a fan favourite and his side’s underwhelming displays this season have made him a favourite for the sack. United’s loss against Wolfsburg saw them get knocked out of the UEFA Champions League while a shock loss at the hands of Bournemouth soon after left the fans even more enraged.

Pep Guardiola is widely seen as the man to take United forward once again and reports of him being keen on the United job is actually not too surprising. The Spaniard is so keen on being the next United manager that he has even agreed to wait for the post to become available in 2017.

Not to be outdone by their cross town rivals, Manchester City have plans of their own and they are going to be doing everything they can to bring Pep to the blue side of Manchester. The Pep Guardiola saga looks to be gathering pace and it will be interesting to see which one of the two Manchester clubs can actually snag him. 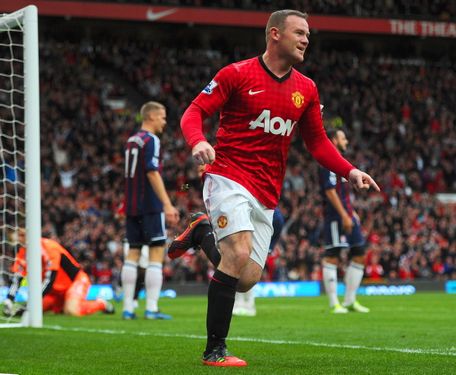 Wayne Rooney – Manchester United’s no9 or no10?