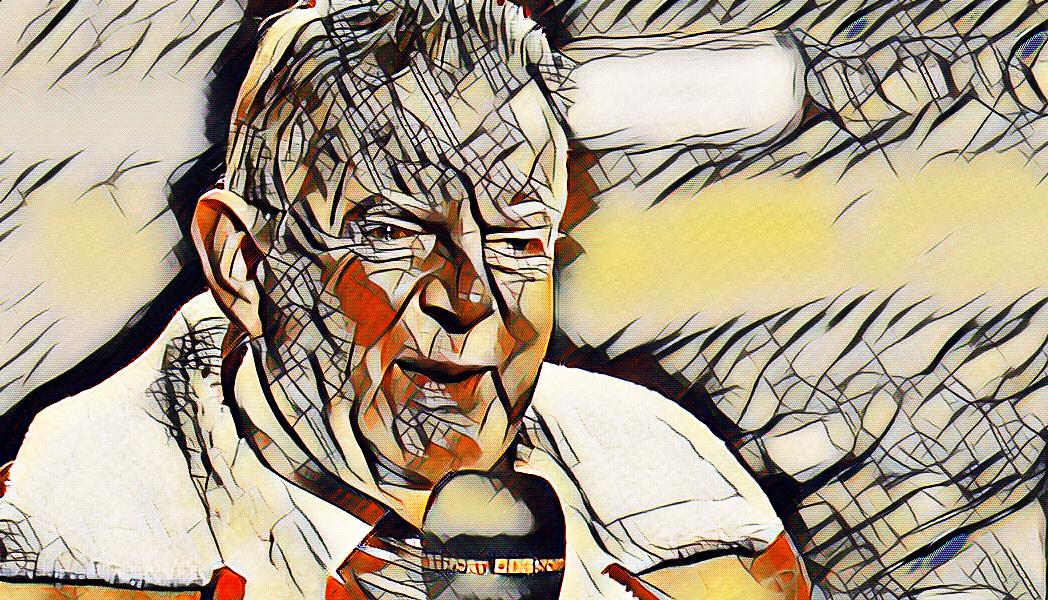 “Radford again. OH WHAT A GOAL! What a goal! Radford the scorer!” These were the words screamed by a young John Motson in one of his first ever games that he covered. At the time, it was ungainly, it was brash and it was uncouth of Mr Motson to react in such a way. Professional commentators proudly held themselves to a higher standard that elevated them above the common football fan. But Motson’s celebration caught the attention of many. He was different, he was more personable than the average commentator. While many commentators of the early 70s told the audience WHAT was happening, Motson told them WHY. John Motson spent the next few decades cementing himself as Britain’s number one broadcaster, so it was a sad day last week when he announced last week that he was to retire at the end of this season. It was no surprise though, as he has been slowly reclining his role for the past decade. He has not commented on live football since the Euro 2008 final between Spain and Germany but has continued to be a premier name on Match of the Day for the past decade.

Motty, as he is affectionately known as, has covered many incredible games during his career. FA Cup Finals, World Cups and European Championships and even his beloved England. But the game that truly defined his commentary career was that FA Cup replay between Newcastle United and non-league side Hereford United. This was meant to be a short Match of the Day feature in a straightforward win for the Toon Army, but that did not go to plan. The game saw Ronnie Radford score a terrific goal to fell the top flight giants, thus elevating this game to the top of the pile for MOTD. As previously mentioned, the reaction from Motson may have been unconventional, but his reaction saw him gain popularity, and drew attention to the fact that he was truly a good commentator. Motson claimed in his autobiography years later that of all the games he covered over his career, this match in Hereford was the most important of his career; it changed his life, his boss realised that he could be trusted to cover a higher calibre of game.

The football landscape has changed incredibly over the past half century. When he got his big break commentating on the Newcastle v Hereford game, Alan Ball held the world record transfer fee of £200,000. Today, Neymar holds that record, for £263 million/€222 million. Stadiums are safer, ticket prices are astronomically higher and player loyalty is a thing of the past. What has remained constant during this time is Motty’s preparation for matches. He uses felt tip pens on laminated white boards, adding in team line ups, facts and talking points, all in his different coloured pens. He claims that he is not interested in computer technology, that he is more than happy with his tried and tested techniques. He takes these white boards to the game, though it’s used as a last option for him, he aims to commit the writing to memory where possible. He still phones up the clubs on matchday to try and squeeze some extra line up information from managers, a task that has become significantly easier as his career has progressed.

Commentating is not just a Saturday job for Motson. Not only does he put in the legwork the morning of the match, he spends the whole week preparing for his designated match. If the sides he is commentating over are playing each other on the Saturday, he will make every effort to see them play the week before, particularly if they are partaking in a midweek match. He is well regarded enough now to get exclusive access to these midweek games, but back in the day, if he was unable to sweet-talk his way into a directors box, he would need to filter in just like every other paying fan. He goes to games to get a real feel for the teams involved, to see not just where the players play, but how they play; whether a winger has a tendency to drift on to his weaker foot; whether a centre back too often stands waving his hand for offside in the hope that the official will flag, or how a striker opts to play with his elbow. Motson would also watch hours of DVDs in the days leading up to the match, to truly get a grasp of the teams that he would discuss on air.

This may seem like an inordinate amount of hard work, but it’s what makes Motty tick. His charm, charisma and childlike wit make him likeable, but it is his hard work and anorak mind which really sets him apart in what is becoming a highly competitive industry.

He has been the UK’s number one commentator for years, but it has not been unanimous. He spent many years engaged in a battle with BBCs Barry Davies for the title of Britain’s best commentator. It wasn’t a vicious battle by any means. The two were never close, but there was never a real sense of anger or poison between the pair; they were just simply different. Motson was the young “punk” commentator, who would speak as though the viewer were his friend watching with him at the pub. Davies was more the classified results voice – contained, competent, concise. They both vied for the position of top commentator, not for plaudits or adoration by the millions, but for the privilege of commentating on the FA Cup final, the jewel of the BBCs sporting crown. Davies got his fair share of finals in the early days, his professionalism giving him the edge. In the end, Motson triumphed with a staggering 34 FA Cup finals (29 finals and five replays), his colloquial expressions mixed with his obsessive stat’s bridging the gap perfectly between viewers of all ages.

John Motson not only commentated on the games at home, he also was the BBCs leading man when it came to international tournaments. Like the FA Cup finals, he split the workload with colleagues such as Barry Davies, but Motson found himself travelling to nine European Championships and nine World Cups during his career. He claimed that he found the experience enjoyable and enriching, but at times, tiring. Adapting to new time zones, climates and cultures can be challenging on your own, but to deal with it whilst needing to convey passion and excitement to the audience back home can be a challenge. Some locations, such as Mexico in ’86, saw the trial of commentating from a ludicrous distance from the pitch. It is fair to say that Motty did an exceptional job over his career. From his early days in Argentina ’78 through to his final final, Spain v Germany at Euro 2008, the man has amassed some memorable moments.

One of his most memorable World Cup moments was his reaction to Zinedine Zidane’s red card in the 2006 final. “And the referee has gone across with his hand in his pocket. He’s been told about it. He’s off, it’s red, it’s Zidane! You can’t excuse that – Zidane’s career ends in disgrace!” It was peak Motson, it was an as-it-happens update. He was watching it as a fan with the viewers, and relaying it. Not in a bland, monotonous drone, but with excitement and confusion in his voice, and with his own musings and opinions thrown in for good measure.

It was the qualifying group for the 2002 World Cup which stands out to many as Motson’s golden years as a commentator. Firstly, on September 1st, 2001, he oversaw England batter Germany 5-1 in Munich. “Ohhh, this is starting to get better and better and better. One, two, three for Michael Owen!” was the standout line as Liverpools fresh-faced forward struck his hattrick against England’s Group 9 rivals Germany.

The second game of interest in that group saw England play Greece at Old Trafford. England were labouring to a pitiful loss to Greece, when up stepped the Three Lions pantomime villain for the past four years, David Beckham. The captain stepped up from 30 yards out and whipped the freekick into the top left corner, lifting him from public enemy number one to national hero. This was made even better by the passionate celebrations of Motty. “He’s done it, England have done it, it’s 2-2. And England may still be going to the World Cup automatically.” Motson said years later in an interview that this was the most unprofessional he has ever felt as a commentator, due to the celebrations by himself and his colleagues in the gantry. He claims that they just “lost it”, with other commentators running up and down in wild celebration.

It was not just the matches that Motson commentated on, but also his journalistic capacity which saw him resonate with another cohort of the public. As his career skyrocketed, Motson was tasked with interviewing a great many managers during his time. He has verbally duelled with some of the greats; Jose Mourinho and Sir Alex Ferguson two of his most fearsome foes. Sir Alex once gave him the famous “hairdryer treatment back in ’95 when asked about his player, Roy Keane, and his disciplinary record. He still recalls the night that he had to interview Sir Alf Ramsey after England failed to qualify for the 1974 World Cup. He asked the manager if he was worried about losing his job, to his Ramsey took offence, storming out and berating Motty. Motson’s greatest battle came with the legendary manager Brian Clough. Clough was an erudite man who would not duck away from any line of questioning, forcing his strong opinions on Motson and not letting up until he backed up those opinions. The two men were strong willed and often clashed, but like most of Motson’s interviews, they were able to shake hands amicably at the end of the interview.

It is with great sadness that we see John Motson announce his retirement from the beautiful game. There is a heavy sadness, but at the same extent, there is great joy at having been able to have spent decades listening to the words of wisdom from the great man. While excellent footballers get to dazzle the crowds for a decade or so, Motty managed to prolong his career for the best part of a half century. His career has been filled with numerous quips and quotes, enough to fill a book, of which he has many. Who can forget his “for those watching in black and white, Spurs are in the all-yellow strip“, or his “Villa, and still Ricky Villa! What a fantastic run! He’s scored!” He has had a sparkling career full of monumental highs, covering some truly amazing games. The man famously stated that “The Crazy Gang have beaten the Culture Club.” John Motson is easily the most cultured commentator in the BBCs commentator club and I for one wish him all the best for his final season and his impending retirement. Hopefully, the Match of the Day crew buy him a lovely new sheepskin coat as a retirement present!