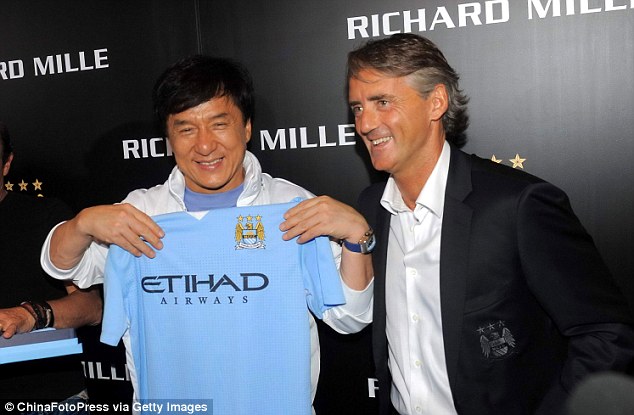 Manchester City were undoubtedly the best team in the country last season. They scored the most goals, conceded the least, and played the best brand of football. Dominating the English game and amassing trophies is their long-term plan; a distinct possibility given the resources at their disposal.

Despite the obvious positives of City’s first championship since 1968, the fact remains that it was only secured by virtue of a better goal difference than Manchester United – the closest finish to a league season imaginable. United, despite their perceived failings, pushed City right to the final seconds, making it the most anxious season finale in history. The melodrama of that day in May will never be matched, but the message it sends is clear: City aren’t miles ahead of their rivals and cannot rest on their laurels.

Despite that, City are yet to make a single significant transfer this summer, an issue that clearly grates on manager Roberto Mancini, who has twice this summer berated sporting director Brian Marwood for his failure to secure the players he feels will bolster his title winning side. Marwood’s silence has been worrying but it’s easy to second guess his defence. He would argue that ridding City of the Mark Hughes-era dead wood is proving difficult, and that under UEFA financial fair play (FFP) rules City have to be more prudent and sell before they can buy.

So far, however, his effort to offload Hughes’ flops has failed spectacularly, with Wayne Bridge the only unwanted high-earner to leave (moving to Brighton on loan with City paying the majority of his wages). Santa Cruz and Adebayor remain, clogging up the wage bill despite clearly being out of contention for even a place on the bench. Marwood hasn’t sold and hasn’t bought, leaving City’s development, which had hitherto been impressive, on hold.

After landing the title, Mancini has a new sense of confidence and standing at the club, so much so that he has refused to let this pass quietly. He has been vocal in his belief that the structure at the club isn’t working and that Marwood has failed.

“After four months, I don’t know what to say,” Mancini said today. “You need to ask Brian Marwood. I am not the sporting director. I can’t say anything about players.”

In response to a question about whether the current management structure was acceptable, he responded: “I am not happy – but I don’t know what to say.”

Whilst on tour in Beijing recently, he was equally as scathing: “For this question [potential Van Persie transfer], speak to the man in charge. I am not in charge of this. It is important [to get players quickly] because, after what we did last year, we must continue to win. This year will be harder than last, so we need to improve our team. We have a man who works for this and we hope that they can do a good job.”

Mancini’s frustration is understandable. He fought hard to deliver the title only to watch Chelsea and United be competitive in the transfer market while City have dragged their heels. He is under constant pressure to deliver at ‘the world’s richest club’ and he knows full well that if City fail to defend the title and improve on their Champions League showing, he will be the one blamed, not Brian Marwood. Marwood’s role should be straight forward: ask Mancini for a list of players and then strain every sinew to get them in. As yet, there is little evidence of what he has done this summer.

United, let’s not forget, welcome back Vidic, the only central defender in the league in the same bracket as Kompany, and have brought in Kagawa, who looks an astute piece of business by Fergie. The word is that Van Persie fancies United over City too, and if he were to go there it could easily be argued that United start the season as favourites. Chelsea may also emerge as contenders again after their spending splurge, although attempting to overcome a 25 point deficit will be tough. One thing that’s clear is that City’s rivals have been boosted whilst they have stood still.

City need to add to their vastly capable squad if they want to be competitive at home and in Europe, ideally by recruiting three top quality players: a left footed defender who can play at both left back and centre back, a deep-lying midfielder who loves to pass, and a winger with pace. One or all of these and City would be well placed to better last season, yet, the reality is, with the Community Shield and first league match of the season just around the corner, City haven’t signed anyone of distinction. The idea that Mancini will get the names at the top of his list is now fanciful at best.

A deep-lying pass-master of a midfielder is what City are most in need of, a Xabi Alonso/Andrea Pirlo type player who loves to link up the play with a range of passing. David Pizarro gave us an idea of how useful that type of player is during his loan spell in the second half of last season but his legs had pretty much gone. A younger, better version is what City are crying out for. Javi Martinez was touted as the answer but these rumours have dissipated somewhat, with Barcelona and Bayern Munich seemingly stealing a march, and Athletic Bilbao coach Marcelo Biesla even threatening to resign were he sold. City would be foolish not to make a player like him a priority. Gareth Barry was outstanding last season but when he is out City looked less well oiled, and his career is entering its twilight. A midfield player prepared to pick the ball up off the back four and start play is an absolute must if City want to progress. There’s a dearth of talent in that position which makes Martinez even more sought after and even more imperative to get hold of.

That’s not to say it’s all doom and gloom for City, far from it in fact. They have a brilliant spine of Hart, Kompany, Yaya Toure, Silva and Aguero – the best in the league. They also have a great mix of youth and experience. Despite what you read in the papers, i.e. that City are comprised of a bunch of mercenaries whose only focus is money, they actually have one of the most hardworking sides I’ve seen. The criminally underrated Pablo Zabaleta exemplifies this the most, along with Silva, Aguero, Kompany and Milner, to name a few. Tireless running and hard work is demanded by Mancini; anything less and your place is under threat.

City will, of course, be challenging for honours again this season but things could have been a lot easier had they been more competitive in the market. If they had gone for the jugular and kicked on after last season, I would have had no doubt that they could have challenged for both Premier League and Champions League trophies. Now, I’m not so sure.