Skip to content
Posted in Arsenal, Chelsea, Manchester United By By Far The Greatest TeamPosted on September 29, 2015 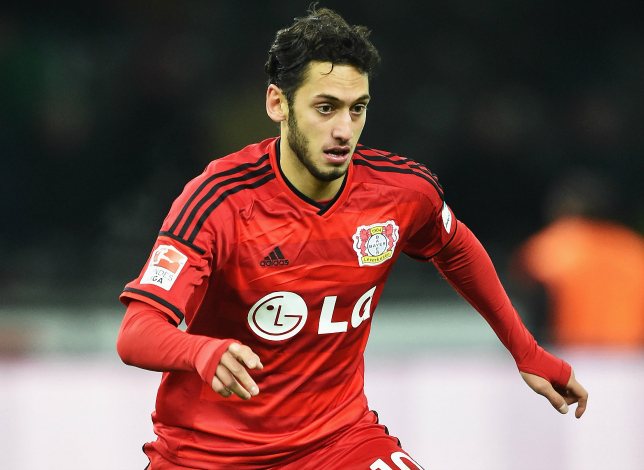 The Turkey international has featured prominently for Leverkusen in the early weeks of the season and he delivered an outstanding performance in his side’s recent Champions League victory over BATE Borisov, scoring two goals and creating an assist.

Calhanoglu, 21, has attracted worldwide attentions following his impressive performances for the Bundesliga outfit over the years. It is claimed AC Milan are among his suitors, and Man United also offered €40m for the Turkish’s services during the summer but were knocked back by Leverkusen.

Now as per the Metro who cite reports from Turkey, United are readying a £29.4m offer for Calhanoglu in the new year. Boss Louis van Gaal is reported to be looking for an attacking midfielder to bolster his squad, as most of the midfielders in the team prefer to play in deep-lying positions.

One of the best young players in the world, Calhanoglu joined Leverkusen from Hamburg in 2014 after progressing through the youth ranks at Karlsruher. The gifted free-kick specialist is known for his powerful shots and currently wears the No. 10 shirts for Leverkusen.

However, he will have to improve defensively in order to fit into van Gaal’s plans at Old Trafford, but his great potentials is never in doubts and Calhanoglu has been tipped for a great future in the game.