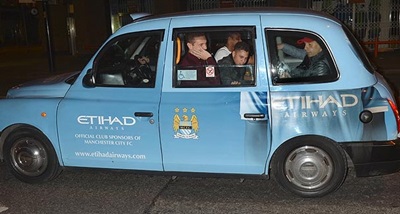 Manchester United secured the league for a 20th time on Monday night after their 3-0 win over Aston Villa. Manchester City’s defeat against Tottenham Hotspur the day before meant the reds just needed three points from their remaining five games to clinch the title.

Following the game at Old Trafford the United players went on a night out in town. Chris Smalling and Phil Jones were the last men standing and were pictured entering a casino at around 6am.