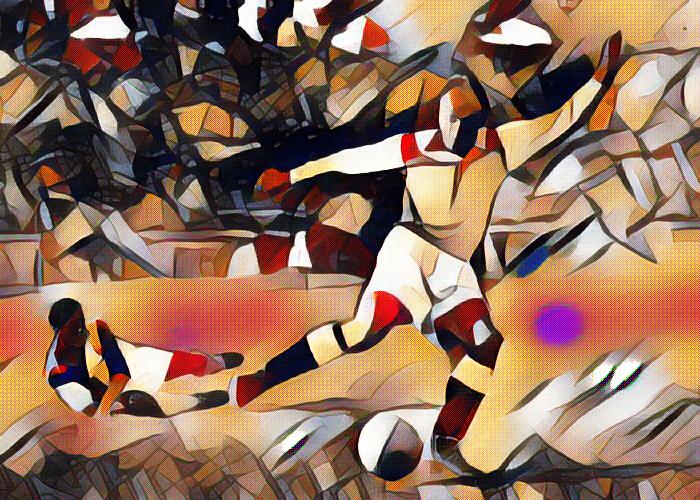 “He had brains in his legs and many remarkable and unexpected things occurred to them while they were running.”

Sindelar was born in 1903 in the small village of Kozlov(which was back then a part of the Austria-Hungary empire). His father was a blacksmith and in 1905 the family moved to Vienna and settled in the district of “Favoriten”. This area had a large population of Czech speaking inhabitants. The family was Catholic and just as many other families at the time, they were very religious. Sindelar started to play football in the street at a very early age and by the age of 15, he joined Hertha Vienna.

In Hertha Vienna, he started to gain attention and after six years in the team, he was bought by Austria Vienna. With Austria Vienna, he won the Austrian Cup in 1925, 26, 33, 35 and 36. He also won the league in 1926 and the Mitropa Cup in 1933 and 1936. In 1926, he made his debut for the Austrian National team. In his debut, he scored one of the goals when Austria won against Czechoslovakia with 2-1.

Years before Sindelar made his debut, a man named Hugo Meisl had started to build up the team that would later be dubbed “The Wünderteam”. Hugo Meisl is still considered to be one of the greatest managers of all time. A manager who was bringing the knowledge from Jimmy Hogan forward and created this Austrian team that would be written into the history books. From the coffee shops of Vienna to the World Cup in Italy, Meisl’s and Austria’s road to glory led them to become superstars of their era. Between the 12th of April 1931 until the 7th of December 1932, Austria went 14 games unbeaten.

In 1934, Austria went into their first ever World Cup tournament as favourites. Before the tournament, they had trashed Germany with both 5 and 6-0 as well as smashing Hungary with 8-2. They also won the Central European International Cup in 1932(which were a predecessor to the European Championship which wasn’t introduced until 1960). In the opening game of the World Cup in 1934 they won against France with 3-2, Sindelar scoring Austria’s first goal of the game. That was the only goal of the tournament for Sindelar because Austria went out in the Semi-final against the future winning side, Italy.

But Sindelar would continue to be a superstar both on and off the pitch. He was called “Der Papierene” – the paper boy, due to his thin and small size. But it was also a reflection of his smooth moving on the field and his brilliant technique. He was a popular figure among the ladies and he was also a frequent gambler who spend a lot of his money in the Casino of Vienna. But the nice and quiet life was soon going to change for Sindelar and Austria. In 1938, Austria was annexed by Nazi Germany in a move that was called “The Anschluss”. It didn’t take long before Nazi Germany had disbanded the Austrian league and all the Jewish clubs. All Jewish players were forbidden to play football anymore and many people fled the country. Sindelar and all of the big stars of the Wünderteam were approached by the German government in an effort to convince them to play for The Reich. But Sindelar refused. He didn’t want to represent a country which ideology was the complete opposite to his. But refusing the Germans wasn’t an easy thing to do. It was decided that Austria would play one last International game before their team would be disbanded. This game was going to take place between Austria and Germany. A game to symbolize a friendly celebration of Nazi Germany taking over Austria. The Germans had planned for a draw that would encapsulate the smooth transaction from Austria to Germany. But things didn’t work as planned.

When the second half began, Sindelar started to show off his skills – leaving the German players with confusion on their faces. Austria won easily and when the clock ran towards full time, the whole stadium started chanting “Österreich! Österreich” in a patriotic manner that left the German officials puzzled in their VIP box. After the game, Sindelar ran towards the VIP box where the Nazi big-shots were placed and started to dance in front of them.

Only a year later he was found dead in his apartment together with his girlfriend. The explanation for the death was “carbon monoxide poisoning”. The building had previously had similar problems with a blocked chimney flue and just a couple of days before Sindelar’s death, some neighbours had complained about it.

But many people suspect that he was actually murdered by the Nazi’s. Not only did he upset them the previous year by dancing in front of them but he also refused to join their national team – a decision he backed up by saying he was too old and wasn’t fit enough to participate. A friend to Sindelar said a couple of years later that a public official was bribed to make his death look like an accident in order to secure that Sindelar got a state funeral. His funeral was attended by twenty thousand people, a sign of how big and loved he was in Vienna at the time of his death.

Whether he was killed by the Nazi’s or if it was a pure accident, it will most certainly never be cleared. But “the Mozart of Football” entertained a whole world with his football skills. Most certain close to the way Amadeus Mozart did, 150 years earlier.