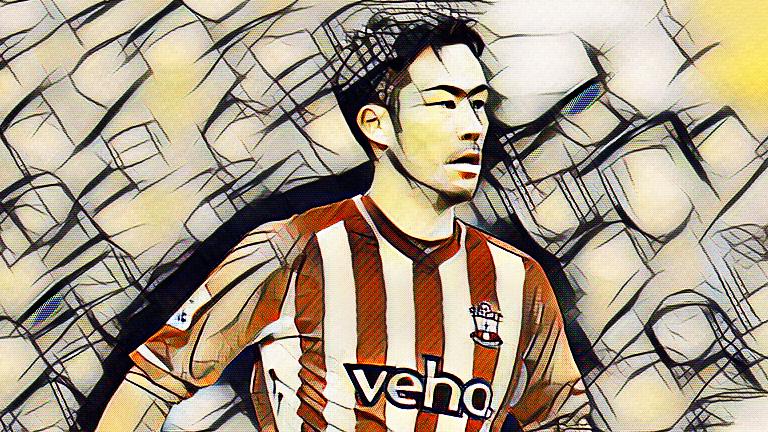 Recently, many Japanese players have emerged in their home country to garner a move abroad to European teams. Junichi Inamoto, Shinji Kagawa, Keisuke Honda, and Shinji Okazaki are just a few players to forge successful careers in Europe – Okazaki having won the Premier League with Leicester City. However, one man has been plying his trade under the radar in England and has become the first Japanese player to reach 100 appearances in the world-renowned Premier League. That man is Maya Yoshida.

The island nation of Japan, an economic powerhouse restored to greatness following World War II, was enthralled with the sport of baseball for much of the 20th century. Football was no more than an amateur sport in the nation until the formation of the J-League in 1992. Since then, many promising players have risen up to turn the Japanese national side into a competitive one; the Samurai Blue have appeared in the last five FIFA World Cup competitions.

To understand the journey that has turned Mr. Yoshida into a successful defender in the world’s most watched league, we must first understand the journey of the club that brought him here. In 2005, as Maya Yoshida was developing in the youth ranks of Nagoya Grampus, Southampton were relegated from England’s top division. Years of financial chaos ensued as the club was forced to sell Gareth Bale and ended up dropping down to League 1. Fortunately, the club recovered relatively quickly and by 2012 was back in the Premier League.

From Sushi to Stroopwafel

Maya Yoshida was born in 1988 in the southern Japanese city of Nagasaki. He joined the Nagoya Grampus’ youth setup in 2001 – a team based on the larger island of Honshū. There, Yoshida was lined up mostly as a defensive midfielder, but once he was promoted to the first team in 2007 – at the age of 19 – he began playing as centre-back. Yoshida dominated matches with his physical presence and leadership at the back. After three seasons of first team football in which he made 71 appearances for Grampus, Yoshida made the switch to VVV-Venlo in Holland: his gateway into European football.

Fellow Japanese great Keisuke Honda had represented Nagoya Grampus during his early years before moving to VVV in 2007. Honda introduced his agent, Tetsuro Kiyooka, to Yoshida while the latter still played in Japan. Kiyooka engineered the move for Maya to join the Dutch side just as Honda was sold to CSKA Moscow.

With one foot in the door of the European game, all Maya Yoshida needed were some standout performances in the Eredivisie – the first division of the Netherlands. He did just that, performing well in two seasons of first team football for his side. VVV staved off relegation both years by winning in the relegation playoffs, with Yoshida playing like a seasoned veteran despite still being in his early to mid-twenties.

The highlight of Maya’s time in Holland has to be in September 2011. In a match against Dutch giants PSV, a cross was sent into the box following a VVV corner routine. Yoshida found himself in open space and, with immense confidence in his ability, rocketed a bicycle kick past the stunned goalkeeper. The home crowd was cheering inside the crammed, homely stadium as Maya ran away with his arms aloft. The defender ran over to the sideline, where he was embraced by his teammates and coaches. Yoshida had arrived on the European theatre, and now was the time for him to play his second act.

In the summer of 2012, just as they were gearing up for their first season back in the Premier League, Southampton announced the signing of Maya Yoshida from VVV for a reported €2.8 million. By this point a full on Japanese international player, Yoshida played all but four Premier League matches in his debut season as Southampton finished safe in 14th. The defender was forming a good partnership with the Portuguese José Fonte, but the club decided to bring in Croatian Dejan Lovren for the 13/14 season.

Yoshida struggled for game time after being relegated to third choice centre-back, making only eight Premier League appearances during the season. However, he did play in every World Cup game for Japan in Brazil 2014, where he represented his country well. New manager Ronald Koeman was clearly impressed by him, as the Japanese man was able to make 22 PL appearances the next season.

However, Yoshida remained Southampton’s third choice centre-half for seasons to come –he split time alongside Fonte with on-loan Toby Alderweireld in 14/15 and new signing Virgil van Dijk in 15/16. Last season, 2016/2017, was somewhat of a renaissance for Maya Yoshida on the south coast of England as he was the club’s most capped centre-back in the league following the mid-season departure of Fonte and van Dijk’s injury that kept him out for much of the season.

“It’s taken me five years!” On April 29, 2017, Maya Yoshida became the first Japanese player to reach 100 Premier League appearances. A feat that was by no means easy nor direct, but instead one filled with seasons of development in foreign places, months of waiting on the bench, and the pressure of often being captained by his home nation across the globe. “It’s a small step for one player,” the defender asserted, “but a big step for Japanese football.” For a nation of 127 million that has become drawn to the game of football (at the expense of baseball, of which interest in Japan is declining), Yoshida has set the bar not for superstardom or spectacular displays on the pitch, but for determination, intelligence, and selflessness.

So for Maya Yoshida, the kid who once looked on in awe as Zlatan Ibrahimovic played for Ajax (when Maya was in Holland for a trial), he can now say that he has squared off against the Swedish legend in the EFL Cup Final. It “is a crazy story. Like a fairytale but real. That can happen in football.”

“Hopefully those that came to watch can be inspired and one day someone in the future will be able to beat my record,” the 75 times capped Japanese player reflected. That’s just Maya’s personality. Sure, the accolades are nice and remind him of the hard work it took to get to this point, but he grasps the bigger picture. His success in England has been followed by millions of Japanese boys and girls, all striving to accomplish what ‘吉田 麻也’ has.

Why has Maya become the only Japanese player to reach the coveted 100 appearances? To me, it’s down to many factors, but the main one has to be personality. If you see videos of Yoshida during training or off the pitch, he is a very laid-back person who takes a step back and relishes the moment. Many players before him, such as Shinji Kagawa (Man Utd) or Junichi Inamoto (Arsenal, Fulham, West Brom) were thrust onto the big stage as beloved stars. Maya Yoshida flew under the radar and took his chances as they came.

On 24 August 2017, Maya Yoshida celebrated his 29th birthday by signing a contract extension with Southampton until 2020. The soft-spoken man understands his role in the team and how hard he needs to keep pushing to maintain his place in the side, especially with new signing Wesley Hoedt joining the club. There are pressures from all angles – at home, from the fans, from the club, from opponents – but if you know his story and understand his will, you know he will succeed.