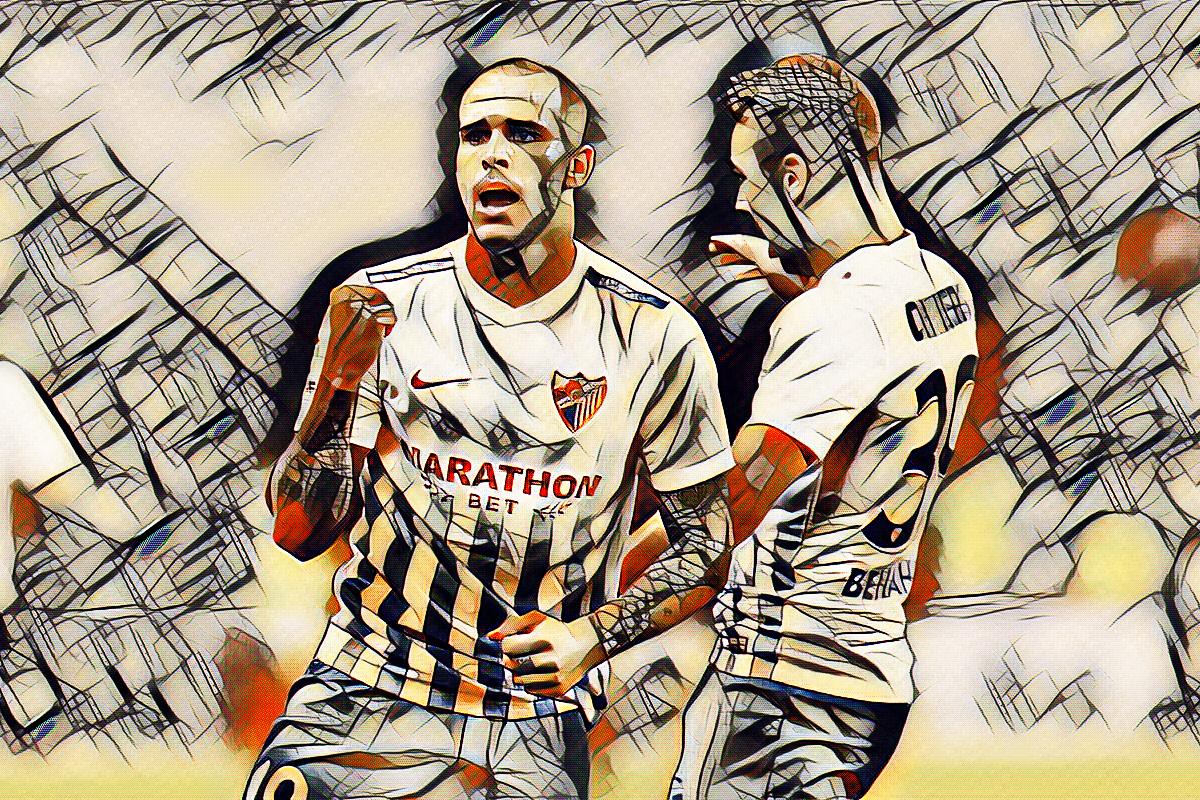 Cast your mind back to April 2013. Felipe Santana pokes home for Borussia Dortmund in the 92nd minute after a frantic goalmouth scramble to complete an incredible and controversial turnaround after trailing 2-1 to Manuel Pellegrini’s Malaga. Replays suggest he was offside, as defender Antunes seemed to be inside the goal as he tried in vain to stop the comeback. It doesn’t matter. The goal stands, the game ends 3-2 and Malaga’s dreams of a Champions League semi-final crumble in front of them. Jurgen Klopp’s young, explosive side progress eventually to the final, while Pellegrini’s side, full of present and future famous faces bravely bows out.

Little did anyone connected with Malaga know, that the heartache of that night in 2013 would be nothing compared the state the club find’s itself in now.

Back then, it was becoming less and less embarrassing to suggest Malaga were a side that could break into the top four, with a squad packed with a mix of veterans and youthful flair, and an experienced old head at the helm.

The side that turned out against Dortmund included the likes of Willy Caballero and Martin Demichelis, important and dependable members of the back line before they came to England and tarnished their reputations. In midfield, Ignacio Camacho and Jeremy Toulalan used their brains rather than brawn to dictate games, and left the running for the attackers. Speaking of which, a fresh-faced young attacking midfielder called Isco was honing his skills alongside the watchful eye of the evergreen Joaquin. Up front, Julio Baptista did what ‘The Beast’ does best, literally spearheading the attack, bullying defenders for fun.

The owner, Sheikh Abdullah Al-Thani, initially poured money into the club in the years after his takeover in 2010. However, the quarter-final against Dortmund seemed to be a turning point in every aspect of the club, as Malaga woke up from the dreams of top-four, and were slapped in the face by reality.

In the summer of 2013, the debts that Malaga had built up lead to a ban from UEFA from European competitions for four year, but was later reduced to just the 2013-14 season. The club began to offload its valuable assets as players abandoned ship, just to keep the club afloat. Isco, the golden boy, left for Real Madrid, as Toulalan and Joaquin were also sold. Pellegrini left for the green pastures of England and Manchester City, a club who unlike Malaga, had more than enough money to afford the players he wants.

By the start of the 2013-14 season, the ship was stabilising, but the team was decimated.

A pattern has developed in the years since, with the team securing an almost permanent place in mid-table, at the cost of becoming a selling club. Weligton, Santi Cazorla and Sandro Ramirez, all high-profile players who have been sacrificed and sold for the greater good of the club’s stability.

The philosophy worked for a few years, but the problem is the club has no more valuable assets to sell, and the end result is the ship is sinking faster than ever.

Suspicions have always surrounded Al-Thani’s reasons for the takeover of the club. Fans have always known him to be at best, extravagant, and at worst, mental, especially on social media. From claiming the club’s Champions League exit was a result of racism, to posting pictures of fan protests including the club being called a ‘circus’.

Not many club owners seem to be in their right minds nowadays, but Al-Thani’s board meetings seem like the kind of place you would pay to be at, just to see how his mind works.

The most popular rumour regarding the takeover is that Al-Thani bought the club purely as a platform to redeveloping the city’s marina. When the marina was developed, both the area and the club would be sold on for a handsome profit.

All was well until officials decided they weren’t having any of Al-Thani’s plan and blocked the plans for redevelopment. The block was eventually lifted and work got underway, but the cost of the delay meant that when it came to balancing the books, the club was the asset that suffered.

The river of investment was diverted from the team to the marina, with the squad looking dangerously bare.

The club currently sit joint last with Las Palmas and the manager, Michel, has had to make do with the team he has. Up front, he has put faith into highly-rated youngsters. Adalberto Peñaranda (20), Yousef En-Nesyri (20), Diego Rolan (24) and Borja Baston (25) have all failed to deliver this season, with Rolan joint-top scorer with three goals. Ironically, the only veteran attacker, 33-year-old Chory Castro, has also scored three times.

If the club are to stay up, Michel has to find a way to motivate the young attackers as the team has the worst scoring record in the league with just 13 goals. The most worrying thing for fans is the situation the club will be in if they are relegated.

Al-Thani isn’t exactly likely to pump money into the team so they can bounce back up to the top-flight after a season. Instead, it’s more realistic that they will have to find a new owner, stabilise the club yet again, and begin a long rebuilding process which could quickly develop into a dark period in Malaga’s history.

Even worse, Sam Allardyce and Alan Pardew have both got jobs.