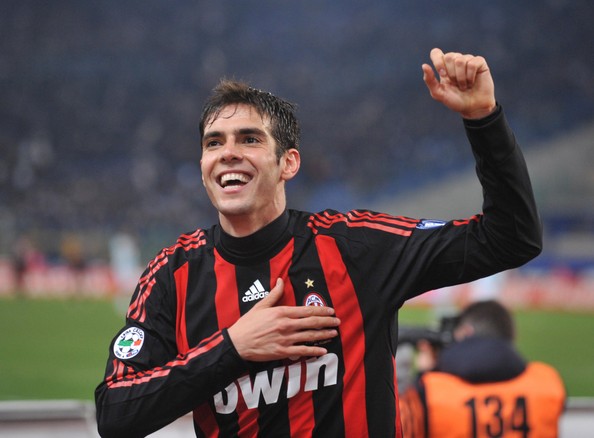 Just two weeks have passed since Paris Saint Germain completed the mammoth double €62 million signing of both Zlatan Ibrahimovic and Thiago Silva from Italian giants AC Milan, and in that time frame there has been multiple reports and rumours about just where the Rossoneri are going to turn next with Dimitar Berbatov and Mapou Yanga-Mbiwa muted as potential direct replacements for Zlatan and Thiago Silva respectively. AC Milan being undoubtedly one of the most renowned clubs in all of European football are always going to be linked with players who appear to be available for transfer however in the Milanese giant’s current financial state it is very difficult to look at any rumour involving Milan without a certain degree of scepticism. The talk of Berbatov and Yanga-Mbiwa however seem to be both extremely sensible and significantly likely signings with the Bulgarian centre forward available for transfer away from Manchester United with just under a year left on his contract at Old Trafford, and Yanga-Mbiwa having proved himself in the last two seasons, in particular last year where he played a huge part in Montpellier’s French title triumph being available at not such a high price due to the African born Frenchman entering the final year of his contract at Stade de la Mosson. What followed the rumours regarding Berbatov and Yanga-Mbiwa was in a way both surprising and unsurprising, it was the rumours of a potential return to the San Siro for the iconic AC Milan legend Kaka whom had been told his future was uncertain with the Spanish Champions. Real Madrid manager Jose Mourinho fuelled the fire for more speculation just last week when he announced: “I don’t know if he [Kaka] will stay or not.” This then forced AC Milan owner Silvio Berlusconi’s hand with the former Italian Prime Minister stating that: “Kaka would be welcome back at AC Milan.”

It is always the case with any transfer involving a “blockbuster” player that the old adage “he may one day return” gets broadcast, as with Cristiano Ronaldo when he left Manchester United for Real Madrid and indeed Kaka himself when he made the second most expensive ever transfer to Real Madrid from Milan. As much as fans wish to believe that their hero will one day return in actual fact it happens much less frequently than you would think with the saying essentially being used to cushion the blow of losing a top player for the fans, however in this case it seems that Kaka may well return to the club where he established himself as the best player in the world. Kaka has never truly settled in at the Bernabeu like he did in Milan and many have attributed a mixture of injuries and poor fitness as the reason for this although others would point out Mourinho’s signings of fellow attack minded midfielders Ozil and Di Maria havent exactly made it straightforward for Kaka to earn a place in the Real Madrid starting line up on a consistent basis. Kaka now aged thirty is certainly still a player of immense individual talent who if given a consistent run of games at Madrid would undoubtedly produce displays replicating his days at Milan however with the possibility of Kaka being Madrid’s first choice playmaker next season looking highly unlikely especially with Madrid’s apparent significant interest in Tottenham Hotspur’s Luka Modric and to a lesser extent Benfica’s Axel Witsel, it may well be the case that in order to prolong his footballing career and possibly even earn a place in Brazil’s 2014 World Cup squad Kaka has to move on.

A return to AC Milan would no doubt give Kaka a boost when he most needs it, the former Ballon d’Or winner has found life in Madrid extremely difficult and despite having a much better season last term contributing five assists in Real Madrid’s route to the European cup semi final it still appears that Kaka is a shadow of his former self both on and off the pitch. Let us not kid ourselves Kaka was never the most media hungry player whilst at Milan with the former Sao Paulo midfielder often preferring to shy away from the cameras when possible, however he always looked happy in red and black of Milan, he always appeared to be enjoying his football and why wouldn’t he with everything seemingly going his way? However the iconic smile of the deeply religious Kaka has not been a common entity in the three seasons he has spent in the Spanish capital. Despite the obvious positivity that would go with a return to Milan for Kaka there is a question over whether there would be the same “footballing benefits” for AC Milan themselves.

AC Milan despite having lost arguably their two best players in the forms of Zlatan Ibrahimovic and Thiago Silva do not have a huge need for an attacking midfielder such as Kaka, if anything they have been trying to cut their midfield down which has been made evidently clear with the decision to release the experienced Clarence Seedorf following a decade long spell with AC Milan. AC Milan have also moved to strengthen their midfield with the free transfer signing of Riccardo Montolivo from Serie A rivals Fiorentina which leaves Massimiliano Allegri with a vast number of midfielders to choose from including Montolivo, Nocerino, Robinho, Kevin Prince Boateng, Muntari, Ambrosini, Mathieu Flamini, Urby Emanuelson and the newly signed midfield duo of Bakaye Traore and Kevin Constant. It is difficult to find a way in which Kaka will fit into the Milan side with Kevin Prince Boateng and Robinho being the usual candidates to fill the Central Attacking Midfield role, however with Ibrahimovic now gone it may well be the case that Robinho plays as a forward next season which arguably leaves a gap in the central attacking midfield position if Boateng is required to play in a deeper role. Kaka could well fill this gap however with Nocerino and Montolivo who can both perform competently in that position it is once again difficult for me to see just how Kaka could command a consistent spot in the Milanese starting line up, and if he cannot be guaranteed playing time then there is little point of him leaving the Bernabeu. Following brilliant campaigns for both Kevin Prince Boateng and Robinho last year with both displaying their ability on the continental stage with their noticeable performances against holders Barcelona and Arsenal it is difficult to suggest that Kaka would be more deserving of a starting spot ahead of those two players in the AC Milan first team, with Kaka having not been at his absolute best for a number of seasons whilst Boateng and Robinho have gone from strength to strength. The signing of Kaka may not represent the best interest for Milan on the football pitch itself but in comparison off the field it would improve the mood in the city surrounding the club substantially.

There is a sense of furore among the supporters of AC Milan this summer as a direct result of the sales of Ibrahimovic and Thiago Silva, this has illustrated itself in the poorest ever season ticket sales since Berlusconi took ownership of the club way back in 1986. The worry this caused within the AC Milan hierarchy was significant with club C.E.O Adriano Galliani even addressing the fans to try and calm them down stating “AC Milan will sign a champion this summer” How much of this was simply bravado to appease fans we are still unsure, as we will be until the transfer occurs or when the transfer window shuts on the 31st August. The signing of club legend Kaka however would be a masterstroke from Galliani should the deal be completed, not only would he have fulfilled his promise of signing a champion which would restore the fans confidence in both the team and the board of directors but it would also appease the fans whom are angry that Milan are moving backwards by selling their best players, the signing of Kaka in a way would still prove to supporters that the Rossoneri have the capability to attract the world’s best talent at a time when it appears that they can no longer do so. Season ticket sales would also improve at Milan should Kaka be signed up with fans clamouring to get a glimpse of their hero once again, the media frenzy that this signing would cause would also sway fans into the thinking that despite the sale of Zlatan and Thiago, Milan could still well challenge both in Europe and on all domestic fronts next season which would improve the season ticket sales statistics. Finally at a time when Milan have admitted themselves they are struggling to compete financially hence the sales of their two key players, the fact that the deal for Kaka in itself would not be one of huge expense is hugely important with Madrid unlikely to command a huge transfer fee and the player himself would more than likely not request the same wages he is on currently at Madrid. Failing this the deal may well even prove to be a loan with Madrid looking to free up squad space for a season and Milan looking to appease frustrated fans it could well be a win win scenario for all parties involved despite the suggestion that Jose Mourinho would not be in favour of a loan move for his Brazilian playmaker. Should a loan deal be agreed it is rumoured that AC Milan are only in a position to pay half of Kaka’s current salary with Madrid continuing to pay the other fifty percent until the end of the 2012-2013 season when a low fee buyout clause would be involved should Milan wish to make the move for Kaka permanent.

Whilst there is absolutely no arguments about Kaka’s ability as a footballer whom on his day could still walk into most sides in Europe, there is still a case to answer as to whether he can reach the high standards of performance which he has set for himself with fitness and lack of confidence still being key issues that raise doubt. A return to Milan would boost his confidence noticeable but the question marks over his fitness and recent performances lead me to believe that he would not be a first choice player at Milan and if he was it could well be a potentially disastrous move from Allegri with the possibility of alienating either Kevin Prince Boateng or Robinho being quite likely. Despite the obvious problems that the signing of Kaka would cause for Allegri whom until now has kept relatively quiet on the subject which suggests a great deal about his involvement in any potential deal, there is still the huge matter of off the field positivity that this transfer would cause for AC Milan, it would get them out of a difficult position they have put themselves in following the somewhat forced sales of Ibrahimovic and Thiago Silva with fans excited at the prospect of the prodigal son Kaka returning to the San Siro and with the potential to increase the as yet disappointing ticket sales by the signing of Kaka it would be a hugely sensible move for Milan off the pitch. Whether or not it is the best move for footballing reasons however we will have to wait and see.
Written by Chris Winterburn

Flamini to return after dumping Arsenal for AC Milan?