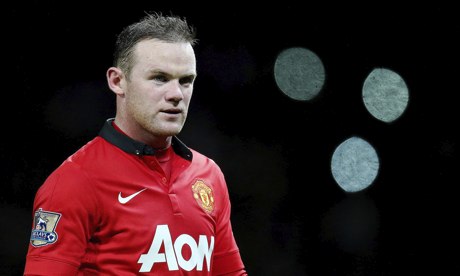 Former Manchester United striker Dwight Yorke thinks that LVG made the wrong call to bench the skipper against the Stoke match. Recent performances of Wayne were anything but satisfactory. Still Yorke believes Wayne is priceless for the Manchester United starting XI. He said that he doesn’t think it was the best choice to bench the skipper for team morale. On the performances of United at Saturday, he said, ‘It was painful to watch them playing, they were horrible on every department.’

Louis Van Gaal left Wayne Rooney at the bench against Stoke and brought Herrera at the starting XI, with Juan Mata at the Central Attacking Mid position. LVG thought that things will work out very well for the team without the skipper in starting XI. But once again his men let him down and that lead to questions about his position as the manager once and for all. In the second half LVG brought on the skipper who replaced Memphis Depay, after Depay had failed to show any impact. But Wayne himself failed to make any real impact on the game when the team was already 2-0 down at the Britannia Stadium.

Yorke believes that even if Rooney is not having the best run of form, he deserves a spot in the starting XI as he is an icon of the team. Moreover, the other players who are possible replacements are not good enough to take his place. When the coach decides to drop such a big player, he brings on some extra pressure on himself which might backfire. That’s exactly what happened to Manchester United.

LVG claimed that it was a tactical decision to drop Wayne from the starting XI when he was questioned whether there was any internal reason to drop the skipper. Yorke also added that players like Javier Harnandez are most likely to get a place at the starting XI instead of Rooney, but now it is not possible to get a player like him back. Rio Ferdinand said that he wasn’t surprised to see Rooney out of the starting XI; and that’s what hurts him even more.