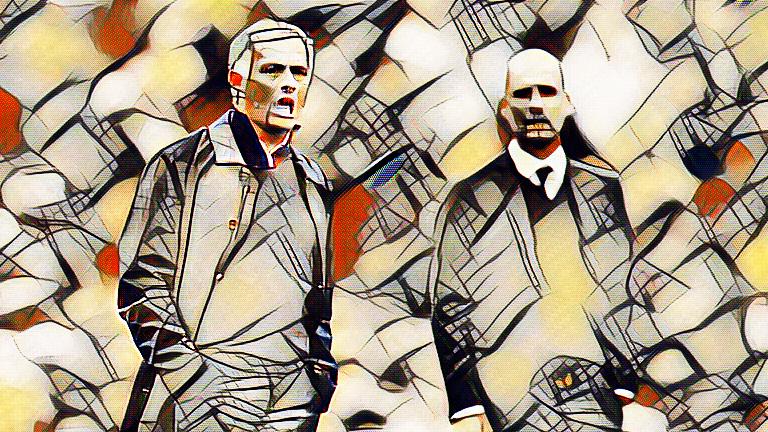 When Pep Guardiola arrived at football’s richest club with a name badge declaring him as the ‘World’s Best Coach’ – success was sure to follow. Everywhere he goes he wins. So what better way for the red side of Manchester to respond than appoint the only manager that has gnawed away at Pep’s messianic reputation? Jose Mourinho walked into Old Trafford with a record as a natural born winner. Both had a chance at cementing themselves as the greatest ever. As it turns out, neither will lay a hand on the Premier League trophy this year.

It is an accomplishment to win the title. But to achieve greatness you must win it, win it again, and keep winning it. In total, 15 managers have led teams to the top tier title on more than one occasion. Busby, Catterick, Clough, Cullis, Dalglish, Ferguson, Graham, Jackson, Kendall, Mourinho, Paisley, Revie, Shankly, Wenger and Whittaker. The list includes some who are great and some who are immortal. For almost all these managers their greatest achievements came at their first major club.

There are exceptions. Brian Clough’s success with Derby County paved the way for his domestic and European achievements with Nottingham Forest. Alex Ferguson built Aberdeen into a team that secured three league titles in 6 years – they had only ever won the league once before in their entire history – and the UEFA Cup Winners’ Cup in 1983. Then he led Manchester United, a team that were second from bottom when he took over, to become record breaking champions. Even Mourinho first lifted the European Cup with Porto – a feat replicated with Inter Milan rather than Chelsea.

Mourinho won six league titles and two European Cups across four different clubs between 2002 and 2010. In the following years up to 2017, where success has been less regular, he did win La Liga and the Premier League before leaving Real Madrid and Chelsea by mutual consent. He has faded in recent years but still manages to mastermind tactical victories like Manchester United’s win over Chelsea this season. He can be a difficult manager and has publicly criticised young players like Luke Shaw. Suggesting youth development is not a skill he is willing to master. Mourinho has done little at any of the clubs he has managed to develop youth talent.

His early success came from building pragmatic teams with focus on defence and the patience to pounce on opponent’s mistakes. He stops teams by forensically exposing their weaknesses. Some called it anti-football. He called it winning. Now other teams have had time to learn and adapt to his “don’t lose” approach – and his lack of major silverware in recent times is telling.

Only two managers, Brian Clough and Kenny Dalglish, have won the league with two different clubs in the post-war era. Mourinho did win league titles in two separate spells at Chelsea. If he were to bring United on and win the title in the future, should he stay, it will be a remarkable triumph. But as is the demand and expectation of celebrity managers – his time will be limited.

History has shown managers like Clough, Ferguson and Wenger move to clubs and over time mould them in their own image. Not just the team, but the club’s entire mentality and philosophy. These winning managers influenced the way players, staff and fans spoke and felt about the club.

Guardiola’s appointment at City meant he hardly took a job with a struggling team. In fact, when a coach with Guardiola’s reputation takes control of a team bankrolled by a billionaire Sheikh, it is hard not to feel anything less than winning the title is a massive failure. This Manchester City team is clearly the least talented group of players Guardiola has had to coach – and for the first time his managerial and leadership skills are being tested like never before. When he took on Barcelona, they had been assembled with players developed in the famous La Masia youth setup pioneered by Johan Cruyff, and had won two out of the last four La Liga titles. Similarly, Mourinho took an already promising side that finished second to the invincible Arsenal team of 2004 and strengthened it with the riches of Roman Abramovich.

In his search for perfection there is a distinct possibility that Guardiola could turn into Arsene Wenger. They both have unique visions of how football should be played. Guardiola favours a possession-based approach with overlapping full backs and a high defensive line accompanied by aggressive pressing. Wenger has tried to impose the same brand of ‘total football’ with all his teams down the years. In his quest to develop a fluid, entertaining, free-flowing, pass and move style, his teams did secure major titles. But every few years when the team needed refreshing, he simply asked for more of the same, regardless of the personnel. The Arsenal of the last decade have been predictable and failed to win the league since 2004. Even in the glory years there was a sense of predictability. Their dominance down the left flank in the early 2000s saw similar goals replicated time and again. It worked for Arsenal and their strategy – and Thierry Henry – became hard to stop. When Henry left, they continued to look for attacks down that flank but other teams wisened up to it.

He employed the same approach at Bayern Munich – showing his insistence on a certain style of play. Bayern have been the number one club in Germany for years, and just in their recent history they had won nine league titles in the 15 years before Pep’s appointment in 2013. At the time they were reigning champions of Germany and Europe. How much of a real challenge was it to keep the top club at the top? Perhaps an indicator of success was failure to return the European Cup to Munich.

At Manchester United, Alex Ferguson constantly altered his approach based on personnel. When he started, the club had a small scouting network and almost no youth setup. His emphasis on youth culminated in a system that produced the Class of 92. Ferguson always said he planned for United teams to be unpredictable so opponents would not know how to stop them. Even in the three seasons between 2003 and 2006, when the title evaded him, he reinvented the team and evolved their strategy. The overall premise was to counter attack with width – but he never became satisfied or settled with one clear system or approach. Down the years Ferguson deployed wingers, auxiliary midfielders, man markers, defensive attackers (a role Park Ji Sung mastered), and sometimes no recognised centre forward at all – using four fluid interchanging attackers instead.

In comparison, and for all their wide-ranging success, Mourinho and Guardiola have a long way to go to compete. No manager continually adapted and reinvented their tactical approach with the same consistent success that Sir Alex Ferguson achieved. And this is why the tale of the two managers in Manchester could be haunted by what has gone before.