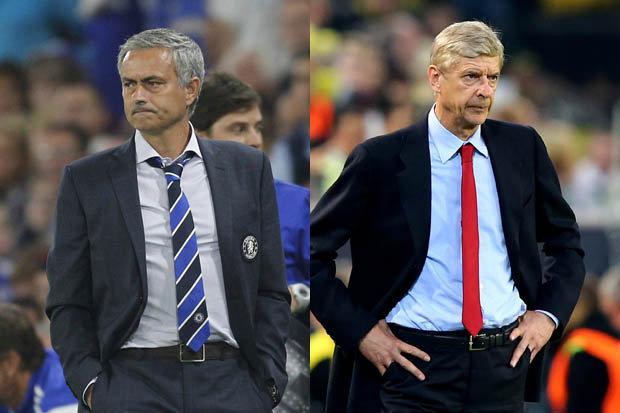 Despite Chelsea predicament in all competitions this season, especially with their woeful performance in the English Premier League where they have already lost five matches which is one more than all the matches they lost last season in which they won the English Premier League title but have now found themselves in the 15th position on the Premiership table so far this season. Despite all these, Chelsea manager, Jose Mourinho cannot seem to stay out of the news and just focus on getting his team back together and whipping them back to winning ways.

Recent reports are claiming that the English FA is considering banning Mourinho for the rest of the season and maybe the rest of his tenure as Chelsea manager with his most recent, as usual, very rude comments.

The under-fire and under-pressure Mourinho was sent to the stands during his team’s 2-1 defeat by West Ham on Saturday for getting into an argument with the referee. The FA have charged him with misconduct for his apparent outburst at referee Jon Moss, and for ‘refusing’ to leave the referee’s room at half-time.

Among a volley of insults lashed out at the referee by the Portuguese manager, Mourinho said, “Wenger was right — you are fucking soft.”

The first point is, why would he not just shut up and stop dragging Wenger’s name in the mud with himself? Wenger is no pig and will never be one. Number two is, can he not just realize that Wenger’s team is doing well at the moment and the Frenchman just does not have time for his childish pranks. Number three is that he does not even realize that he is the only manager making a whole lot of meaningless but damaging noise at the moment. He is behaving exactly like a kid who is failing in class but chooses to cry because the others are doing better and not because he is so clueless.

Mourinho in his usual loudness was referring to an incident that happened in 2014 when Moss failed to adequately discipline Arsene Wenger when the Arsenal manager shoved Mourinho during the altercation. Moss was the fourth official at the time, and Jose is of the belief that if the roles were reversed he would have been duly punished by the FA.

If Mourinho continues this way, it will be easy to calculate his time left at Stamford Bridge.