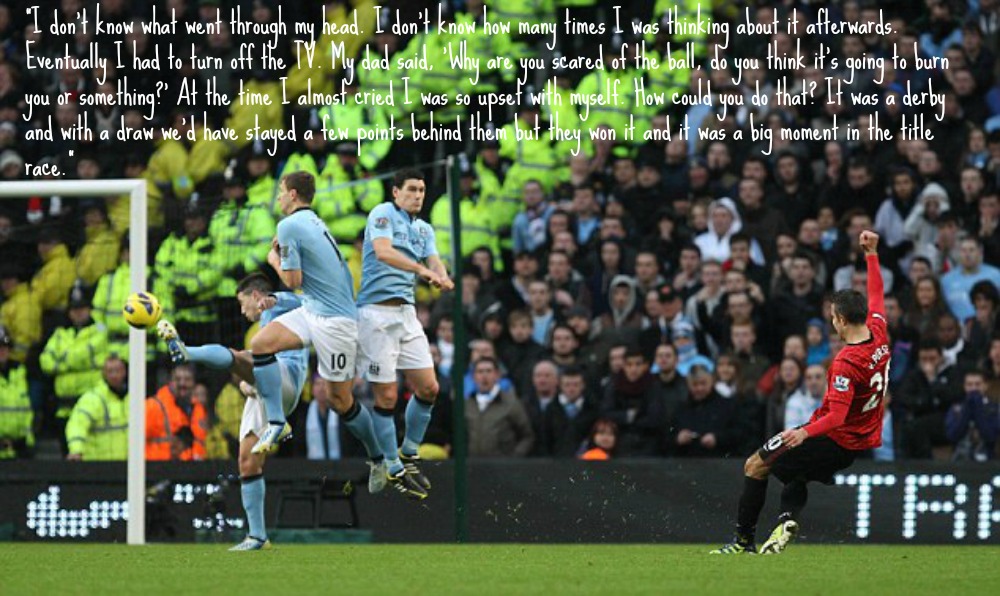 Having come back from 2 goals down against Manchester United on derby day, Samir Nasri moved out of the way of the ball when Robin van Persie took a last minute freekick, allowing the reds to score and win the game. United moved six points clear of Manchester City as a result and the moment still haunts Nasri.