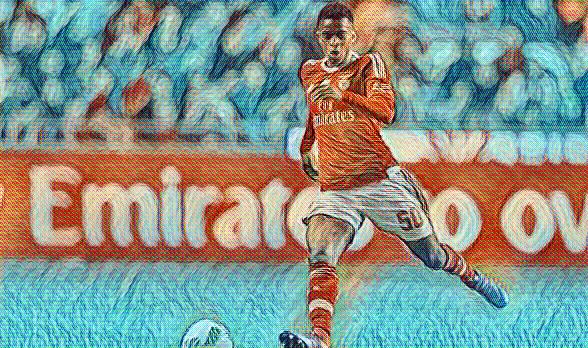 Nelson Semedo is a name that is fast rising in the list of football wonder-kids. Even when there are the likes of Kylian Mbappe, Marcus Rashford, Anthony Martial and Renato Sanches around, the 23-year-old Portuguese right back has made a name for himself as one of the top wonder-kids of the moment. Semedo has proven that you don’t necessarily have to be at a top academy to be a top talent as he was playing in the Sintrense academy till the age of eighteen, a club which is based in the very lower divisions of Portuguese football.

Then Benfica picked him up, the club which has a habit of supplying some of the biggest stars in world football from its youth setup. Semedo hasn’t looked back since and has established himself as a hot property for clubs around Europe. He has now made over 50 appearances for Benfica and he also won his first cap for Portugal in 2015.

As the likes of Manchester United, Juventus, Bayern Munich, Arsenal and Chelsea have been linked with the young lad, the attention around him has been growing. The youngster broke into the Benfica squad last season and has now established himself as a key member of manager Rui Vitoria’s plans.

So, what’s so special about him? What is the reason which puts him so high up on the wishlist of some top European clubs? Let’s find out.

Nelson Cabral Semedo is an exciting and attacking full back, a player who wants to get high up the pitch and whip in crosses. His dribbling and his superb passing backup his playing style as he is able to win one on ones against defenders on the flanks. This doesn’t mean he is not good at defending, his tackling in particular is a key asset of his. Nelson Semedo’s movements during attacks is interesting as he doesn’t just overlap the wingers, but he also sometimes drifts in where he finds himself in loads of space. And the youngster is also a hard worker, ready to give everything in every game . He is what one can call a complete full back, players who are tough to find these days as most full backs are either great at defending or at attacking. This one of the reason why both Manchester United and Bayern Munich want him in the summer, with some Portuguese reports claiming United have struck an agreement with Benfica for the player’s signature.

That said the Portuguese press also reported that Victor Lindelof was going to United in January, a move that did not materialise. United want a long term replacement for Antonio Valencia, while Bayern want an immediate replacement for the retiring Phillip Lahm. Both are complete full backs who can do the job on either side of the pitch. Exactly the attributes Semedo possesses.

Semedo has made an astonishing 2.8 tackles per game in the Liga NOS this season. But just in case if you’re thinking that it’s just the Portuguese league, he has also made 2.5 tackles per game in the Champions League. This stat shows how good his tackling is, despite him being a much attack minded full back. That number is much higher than Hector Bellerin, another young attack minded full back who is rated higher than Semedo.

Semedo has also made 2.5 interceptions per game in the Champions League. This number is again better than Hector Bellerin, but not just that, it’s better than the likes of Dani Alves and Kyle Walker, some of the best full backs in the business these days. Semedo has picked up just five yellow cards in the Liga NOS this season in 24 appearances, while he’s yet to be booked in the Champions League, which shows his above impressive disciplinary record.

Semedo has also made 2.4 clearances per game in the Champions League this season, which again is better than some of the best in the business. All these stats show how good he is defensively, being hard to get past and possessing a great tackling ability. But this is just his defensive side of his game. His offensive stats are even better.

Although Semedo has still got to improve in some areas, for example being dispossessed less and taking fewer bad touches, but no footballer is complete, and Semedo at the age of 23 is already player who is almost complete.

He is a smart, aggressive and brilliant full back already, having proven himself at the top level in the Champions League. A full back who is offensive, possesses great passing and dribbling ability, but one that is equally adept at tackling and other defensive duties. His playing suits a team that is offensive, the reason he has been flourishing at Benfica, as they play some fearless football.

So pretty much expect this to be his last season in Benfica colours, with many big European clubs looming and with him being at the perfect age to jump ships to go a level further. As a Man Utd fan, I would love to see himself land up at Old Trafford, but signing players with such great talent and potential isn’t easy.

And if you still don’t think he isn’t great, then check out twitter or youtube and the one familiar impression you’ll get of him is that of praise, awe and appreciation, and of course fans of different teams wanting him to join their clubs.