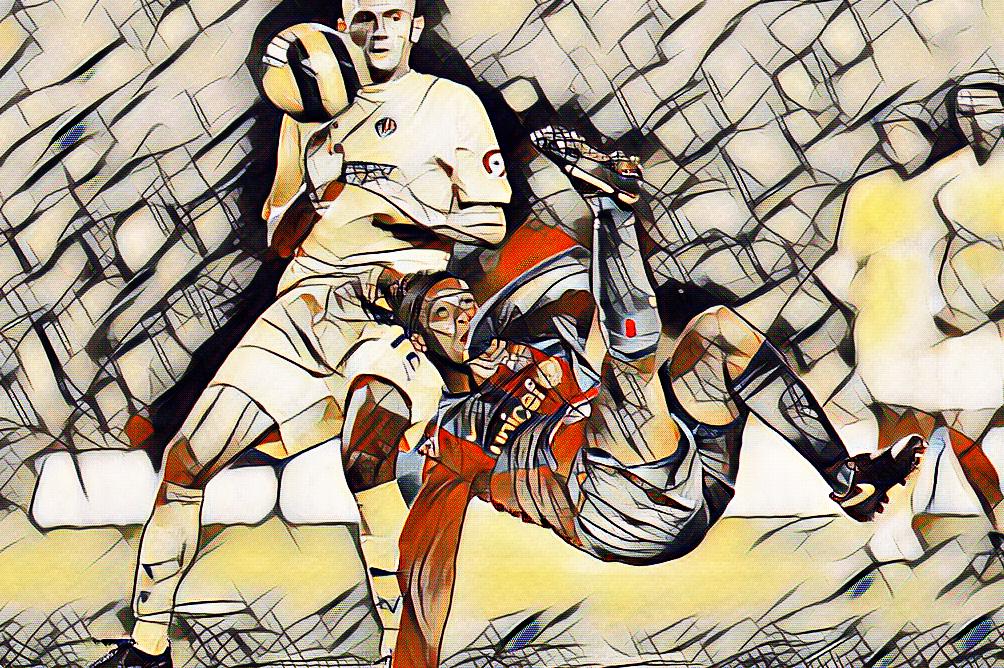 A romantic footballer whose beauty surpasses his universally recognised decoration is one who will, arguably more than any other player, show why the ‘beautiful game’ is adored around the world.

Barcelona’s fans have witnessed some of the most otherworldly attacking players of all time inside the sacred walls of the Camp Nou; the green, inviolable turf has played host to a number of majestic number 10s who dazzled defenders in La Liga whilst donning the famous red and blue of the Blaugrana.

Diego Maradona, Romario and Rivaldo all wore the blessed 10 shirt as the 20th century came to a close. The emblematic title of Barcelona’s main man now, of course, belongs to the great Lionel Messi, who some would argue is the greatest talent of them all. It is hard to remember a time before Messi’s dominance of La Liga, but before him, Ronaldinho was the man tasked with rejuvenating a Barcelona team that, for all of its ethereal beauty, was struggling against the might of Real Madrid’s Galácticos and the plucky arrogance of Valencia.

The Brazilian arrived ahead of the 2003-04 season from Paris Saint-Germain, for a fee of €30 million. An injury-plagued season followed; the La Liga crown was won by Valencia, with Barça finishing in second place.

However in 2004-05, with a fully fit Ronaldinho, Barcelona blew away the competition; a first league title in six years was won at the expense of Real, who finished second, and during the season the diminutive Samba star was named the FIFA World Player of the Year. It was no surprise, then, that a second La Liga title in as many years was won a year later in 2006 – the victory preceded a UEFA Champions League final defeat of Arsene Wenger’s Arsenal.

The 2006-07 campaign was perhaps Ronaldinho’s best from a personal point of view. He scored 21 goals, a career high for a single league season, in 32 La Liga matches. On November 25th 2006, he treated the Blaugrana fans to one of the best individual performances, and goals, that the Camp Nou has ever seen.

Villarreal were Barça’s opponents, on what, before a ball had been kicked, was a tense night in Catalunya. The visitors were at the time 5th in La Liga; the Amarillos boasted the grit and steel of Marcos Senna in the centre of midfield, club-legend Cani out wide and the mercurial Diego Forlan in attack.

But within the first ten minutes, Ronaldinho settled the home fans’ nerves. He scored a penalty that was won by Eidur Gudjohnsen. The Icelandic forward then added a second with a header, before Andrés Iniesta provided a third. The game petered out after the little Spaniard’s goal – but it was brought back to life by ‘Ronnie’, whose no-look passes, tricky flicks and pace had caused havoc amongst the Villarreal back four all game.

In the 88th minute, Xavi received the ball just outside of the opposition penalty area. He looked up, and saw that his number 10 had peeled off his marker, Pascal Cygan. A simple header would perhaps have sufficed in order to score a fourth – but this was Ronaldinho. He controlled the ball with his chest, turned his back towards Mariano Barbosa’s goal and in one smooth movement, whilst airborne, struck a thundering overhead volley into the roof of the net to make it 4-0. By the time Barbosa had dived, the ball had already flown past him.

Photographs of the moment of genius that 78,417 fans were lucky enough to witness adorned the back pages the next day. An image created by the Catalan Daily Sport has become a symbol of Ronaldinho’s time in Spain; a huge satellite photo of planet Earth, swirling with clouds and embossed with a brilliantly captured photo of ‘Dinho’ mid-air, upside-down, was decorated with an article claiming the feat to be one of the most brilliant goals ever to have been scored.

It was an act of impossible genius. The Camp Nou was in awe; thousands of fans waved white handkerchiefs in tribute. Normally the gesture is associated with surrendering, and giving in, but in this case, mere mortals simply bowed down to the colossal talent of one of the greatest talents world football has ever seen.

Ronaldinho’s position in the transcendental pantheon of the world’s greatest entertainers should never be in doubt. Thousands of very lucky fans are able to say that they saw a moment in Barcelona’s great history that will never be forgotten.