Northern Ireland took another huge step towards World Cup qualification with their latest 2-0 victory over Norway.

The visitors arrived in Belfast sitting fifth in Group C, just three points ahead of minnows San Marino, who incidentally have provided them with their only victory of the campaign.

With a new manager at the helm, Lars Lagerbäck, who famously guided Iceland to their 2016 European Championship heroics, the away side were confident of bringing back at least a point to Scandinavia. There was no such joy as they conceded two first half goals, however, their travelling fans joined in with the party atmosphere and showed their unwavering support on a glorious evening at the National Stadium. 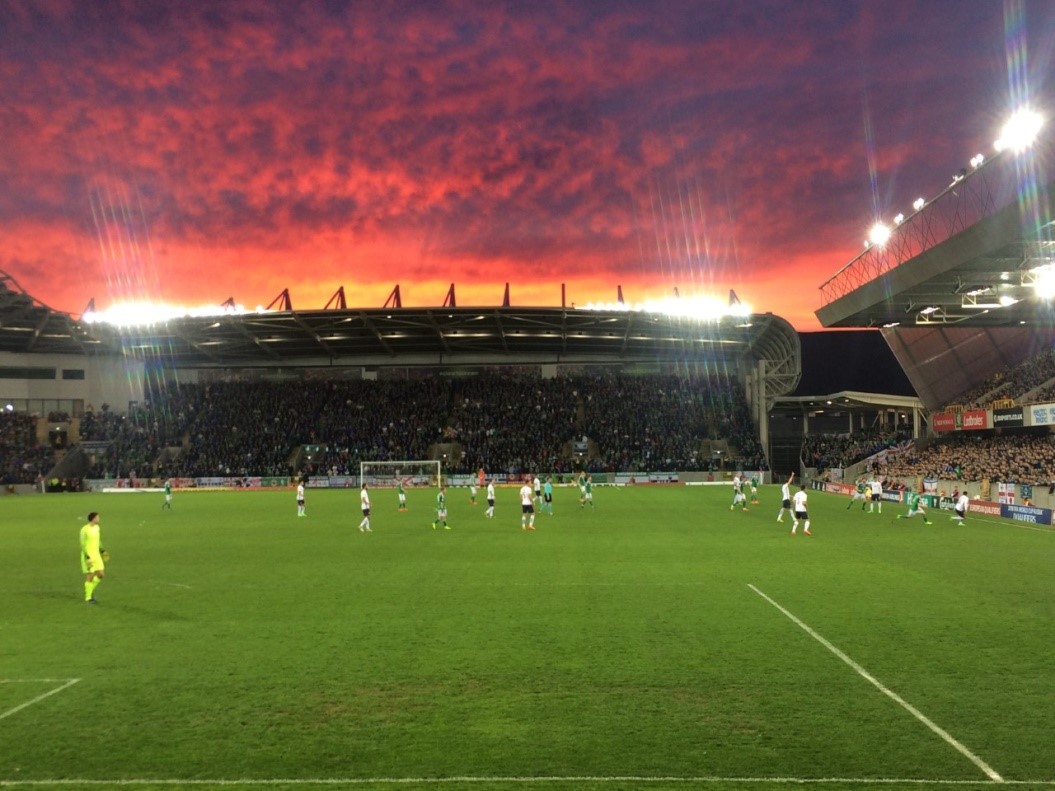 Michael O’Neill conveyed his tactical mindset with a cunning display, opting for a back three and an entirely new strike force which proved too much for the travelling Norwegian side. Jamie Ward’s second-minute snap-snot gave the home side the dream start, while fellow frontman Conor Washington found the net soon after to clinch all three points.

It was the high Northern Ireland pressing technique that specifically limited a Norway team who were constantly aiming to play from the back. Their defenders controlled possession comfortably, however, once under any sort of threat from the pace of Washington, Ward and Chris Brunt on occasions, the ball was often squandered and put into touch.

In a confident display, once worrying indicators of weakness were brushed aside, with full-back Conor McLaughlin producing a fine performance. Washington also shone in a deserved start, where previously Kyle Lafferty led the line, yet O’Neill’s awareness of the Norwich forward’s lack of game time was evident.

Washington’s pace caused major problems, while his winning of countless attacking headers mirrored Gareth McAuley’s aerial presence at the back. The home side were comfortable for the entirety of the game, with a stunning Alexander Soderlund crashing off the crossbar and a fizzing Havard Nordtveit free-kick the only problems for Michael McGovern in goal. 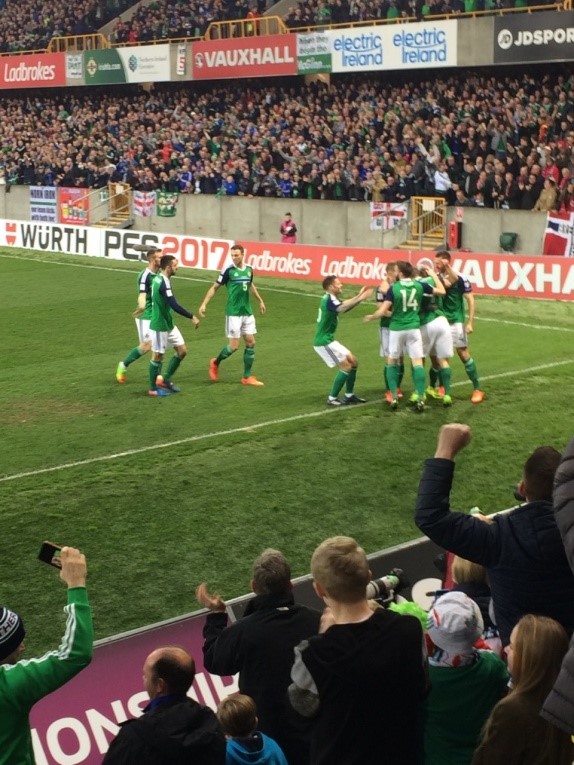 Norway arrived with high ambitions, relying mainly on forward Josh King and Captain Stefan Johansen, who are both enjoying highly successful club campaigns at Bournemouth and Fulham respectively. King however barely reached second gear against a resolute defence renowned for their determination to keep clean sheets, while Steven Davis won the battle of the captains in the middle of the park with ease.

Northern Ireland allowed their opponents the majority of the possession, as O’Neill recognised their defensive frailties and made excellent use of the counter-attack. Davis once again proved his worth with a man of the match display, while McAuley similarly showed everyone watching how he really is one of the best in the business.

The victory comes at a stage where fans expect nothing less than all three points as their country sit 35th in the FIFA World Rankings, where once a resounding victory over the likes of Norway or even Azerbaijan was unthinkable just a few years ago.

The fans yet again played their part, proving that Belfast is certainly not as easy a place to visit as it once was. The Green and White Army were in full voice, intimidating the likes of Premiership quality in King and Nordtveit whenever they got the chance. 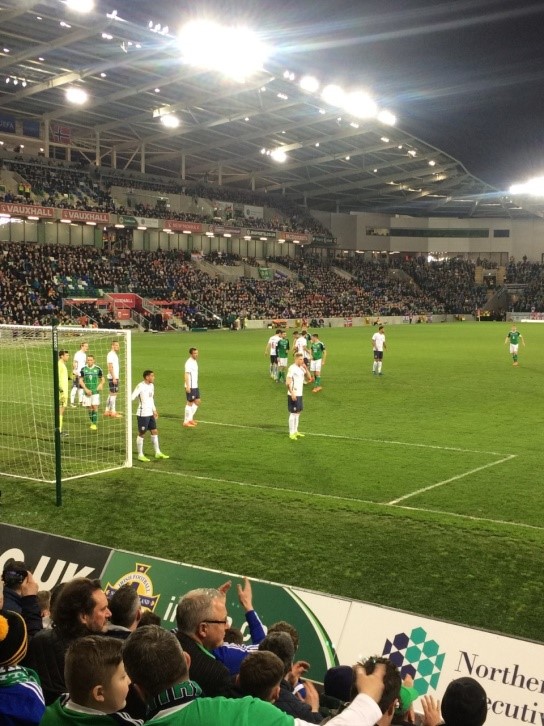 O’Neill began his Northern Ireland managerial career with a 3-0 home loss to Norway, making the evening that little bit sweeter as his side progress in their qualifying campaign. He has, of course, caught the eye of several clubs in Scotland and England in dire need of a tactically astute manager; although the Green and White Army faithful will do all they can to prevent this somewhat inevitable outcome.

The country has come on leaps and bounds since O’Neill’s debut in 2012 and will continue in their remarkable turnaround in recent years with a home test against New Zealand in early June, with a trip to Baku to face Azerbaijan in their next qualifier eight days later.

Having played both Germany and Czech Republic away, the country firmly believes the two hardest fixtures are completed, and that qualification is a very real possibility at this halfway stage. The side have now won three of their five group games, drawing one and losing the other, scoring ten goals and conceding just two as they sit five points behind world champions Germany.