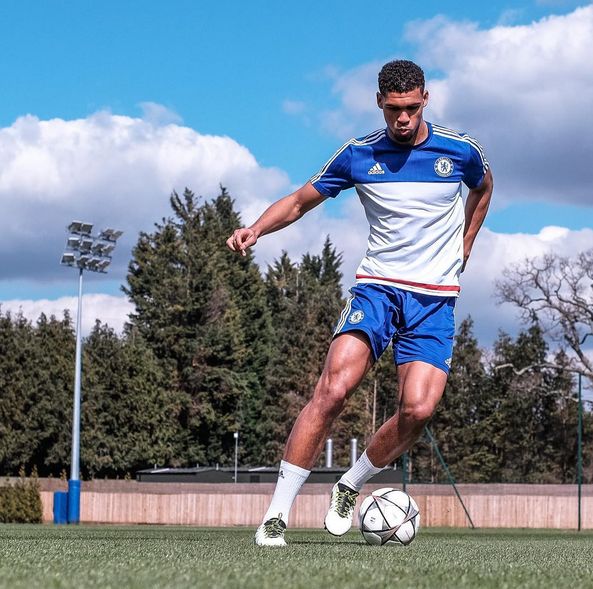 Posted in Chelsea By By Far The Greatest TeamPosted on April 27, 2016January 9, 2017Tagged Chelsea

Chelsea have confirmed the signing of Charlie Colkett for three years, according to reports. The 19 year old was the captain of Chelseas team that was crowned UEFA Youth League winners on Monday night after beating PSG 2-1.

Charlie Colkett plays for England’s U21 as well. The central midfielder joined Chelsea as an U11 from Charlton Athletic, and he has won the FA cup twice. After signing a contract with Chelsea, he proved that Chelsea still believe in their youth system, after reports earlier claimed that Chelsea are more worried with winning trophies than giving their youngsters a chance.

This was so especially during Jose Mourinho’s era where he concentrated on fielding experienced players rather than risking the success of the team by giving young academy graduates a chance.

Charlie Colkett has already been called up to the current senior Chelsea squad. In fact, he sat at the bench during Chelsea’s 1-0 loss to Swansea early this month. After confirming his stay at the Bridge at least for the next three years, Colkett is happy and he feels proud to play for the team he has always desired to play for since he was only eleven.

With reports of big names in the Chelsea squad like Oscar moving out of the team, Colkett expects to settle down easily and start making his name in football with Chelsea. He has a lot of time to prove himself and hopefully Antoine Conte will make him part of his team that expects to wrestle the Premier league title back to the Stamford bridge.