In response to the incident itself, the FA issued a statement on behalf of Liverpool Football Club: “Luis Suarez has today accepted a charge of violent conduct, following an incident with Chelsea’s Branislav Ivanovic in Sunday’s fixture at Anfield.

“However, Suarez has denied the FA’s claim that the standard punishment of three matches is clearly insufficient for this offense.”

Insufficient? This is the second time Luis Suarez has bit a fellow professional. He is a repeat offender. On 20 November 2010, the Uruguayan bit PSV’s Otman Bakkal on the shoulder. Ajax responded with a suspension for two games along with a fine and a Dutch daily newspaper De Telegraaf labeled him the “Cannibal of Ajax”. The KNVB (Royal Dutch Football Association) increased Suarez’s suspension to seven games but he joined Liverpool before it ended.

Liverpool FC issued a statement in regard to the Suarez ban earlier today. The club’s managing director Ian Ayre said: “Both the club and player are shocked and disappointed at the severity of today’s Independent Regulatory Commission decision.

“We await the written reasons tomorrow before making any further comment.”

It’s not difficult to see why Suarez has been given a 10-game ban and not the standard punishment of three matches. He did not learn from his mistake the first time and if it’s a matter of finding suspensions tiresome, the 26-year-old should stop getting himself into controversial incidents – where, yes, he is at fault.

For instance, when the 10-game ban comes to an end, Luis Suarez will have been suspended for 20 games since joining Liverpool. Yet the club continue to drag themselves through the dirt in dependance of the liability.

So since arriving in England Suarez has racially abused, bit and stamped on opponents. Not to mention the cheating that gets on all of our backs. And ‘cultural difference’ does not come into it. 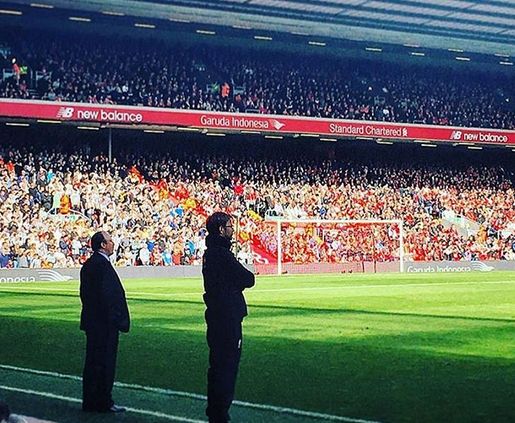 Confirmed: Liverpool to pay a record compensation fee for this striker

Liverpool finally decided what to do with Mario Balotelli