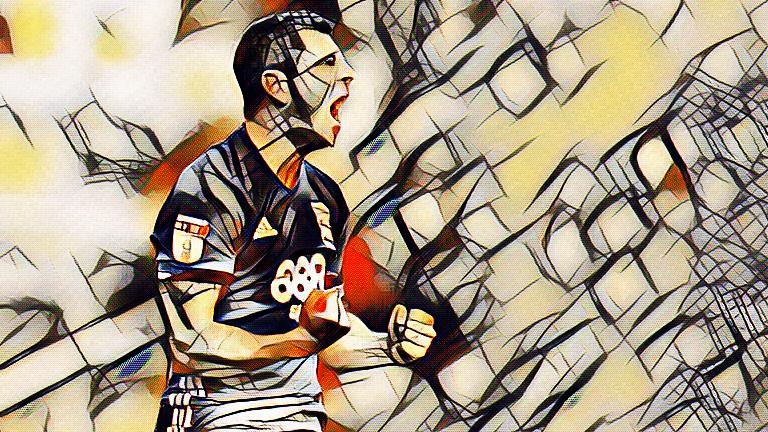 My footballing world came crumbling down on Thursday 15th February 2018 when Paul Robinson announced his retirement from football. He was known amongst fans as Robbo and that’s what I will continue to call him in this piece. Robbo went on to make a career total of seven-hundred and sixty-three appearances for a total of five clubs, including my club Birmingham City. In this piece, I’ll be following a similar template to my Modern Era Legends series where I give a player’s profile and then why they meant so much to me.

Robbo was born in Watford in 1974, his first taste of football was in his school days when he captained St. Michael’s school team to the English Schools’ Football Association U16’s Cup Final. He eventually was taken on by his hometown club Watford into their youth system.

After progressing through the ranks at Watford, Robbo finally got his first senior appearance in a 1-1 draw against Luton in October 1996. He went on to make twelve appearances in his first senior season with Watford.  The following season was a title winning season for Watford and Robbo struggled to cement a first-team place in the season but he did contribute to the team’s efforts in winning the Division Two Championship. In 1998-99, Robbo managed to get a regular look-In at the squad as they reverted back to a 4-4-2 formation and managed to win promotion through the playoffs.

Robinson made a total of thirty-two appearances for Watford in their 1999-00 Premier League season and stayed with the club when they were relegated back down to Division One. In the next four seasons, Robbo managed a further one-hundred and twenty-four league appearances, taking his club total to two-hundred and fifty-two appearances across all competitions and scoring nine goals in these appearances.

In October 2003, Robbo earned a move to West Brom for an initial £250,000 fee. He made his debut for West Brom in mid-October, in a 1-0 win against Norwich City. Robinson received some cracking praise when he joined West Brom as Bryan Robson touted him as a potential England left-back. Sadly, that didn’t come true, although he did represent England at U21’s level on three occasions.

He scored his first West Brom goal in injury time against rivals Aston Villa which earned West Brom a vital point that helped Albion complete their ‘Great Escape’ from relegation. The goal also earned him the club’s Goal of the Season award. This goal also cemented his legacy at the club in supporter’s minds for years to come.

Watford attempted to resign Robbo in June 2006, however, Albion rejected a £1.4 million bid as both the manager and chairman considered Robbo as a vital part of their team. Following the rumours, Robbo signed a new three-year contract with Albion.

He was then surrounded with more transfer rumours in 2007 when he was the subject of a bid from Wigan, the move fell through and he remained at Albion for another three seasons, including a loan move to Bolton which became permanent after the loan. He managed to gain a place in the 2008 PFA Championship Team of the Year after helping Albion regain their Premier League status.

Robbo initially went on loan to Bolton in 2009 and explained that the deal would become permanent the year after. He enjoyed a good couple of seasons with Bolton, making twenty-five appearances in his first season and thirty-five appearances in his second season. He fell out of favour in his third season, and after a month’s loan to Leeds United, he returned to Bolton for the last few games. He was then released at the end of the 2011-12 season after making a total of eighty-seven appearances across all competitions.

One of the best days in my life, even though I didn’t know at the time, occurred in September 2012. Robbo signed with Birmingham on an initial one-month contract, due to injuries leaving us with just two fully fit defenders. After making four appearances and impressing, he signed to an extra month with the club. Once again, he impressed and was rewarded with a contract until the end of the season. He went on to make a cracking total of thirty-seven appearances that season and became one of the first names on the team sheet.

His second season with the club was even better as he became the first choice centre-half for us and made forty-six appearances across all competitions. The last of those appearances was when we performed a miracle on the last day of the season, it’s what I can honestly say was the best day of my life. The league campaign had gone wrong for Blues and they found themselves needing to win to stay up. We had Bolton away and Doncaster had Leicester at home. We went 2-0 down with twenty minutes to go and Doncaster were 0-0 with Champions Leicester. The game looked over and League One was beckoning until Zigic popped up with a header in the seventy-eighth minute to make it 2-1. Doncaster had just gone 1-0 down after Nugent dived for a penalty and then stuck it away. It all came down to five minutes added on and three minutes into it, the smallest man on the pitch, Paul Caddis, headed in to make it 2-2 and we stayed up on goal difference.

That day was incredible and I still get the shakes and excitement now, even when I am writing this. Three things have stayed with me since that day, one being us staying up in that fashion, probably the best last-minute escape in the history of football. The second thing was the celebration of then manager Lee Clark, he was hated by the fans for the whole season and then, in that moment he ran into the fans, from the touchline and simply didn’t leave, and the third thing was Caddis’ interview after. Caddis was trying to stay cool with his teammates around him and the all of a sudden Robbo comes running over screaming ‘YESSSSSSSSSS’ and goes “You did it Caddis, who gives a f***, we are staying up”. That moment was brilliant and whenever I feel down, no matter how bad I feel, I can always go and watch that ten-second clip and forget about what’s going on. Robbo, you probably don’t know how much you helped me in that mad ten seconds.

In the following four seasons, unfortunately, Robbo would have to age and appearance became less and less frequent for Robbo. After the mad twelve months, Blues have been through. Robbo has been helping Richard Beale with the U23’s and U18’s as a coach and hopefully when he retires at the end of the season, he stays at Blues to continue his coaching journey. He also better get a brilliant send-off on the last day of the season as he has been a brilliant servant to the club and fully deserves a full St. Andrews standing up and chanting Robbo, one last time.

What He Meant To Me…

At Blues, over the years, we’ve had some players who many people centre their jokes around. Players like Heskey, Lord Bendtner, Zigic and many more. Robbo wasn’t completely one of those players but he was to me. I grew up in a small town outside of Derby and Burton-Upon-Trent, so many of my mates were Derby or Burton fans and we always had a laugh and a joke about Robbo being so old. I came up with the nickname of The Warhorse for him, as it seemed, no matter what age he was, he would always soldier on. Now, a couple of seasons ago, Blues managed to hammer Derby 3-0 and on the scoresheet was Robbo. This made my life, as no matter what Derby did from that point on, all I had to say was “But The Warhorse scored against you” and they couldn’t come back with anything because of the long-running joke.

He was one of those old-school defenders who took no nonsense, always gave 100% and didn’t care who he upset. He was a part of a dying breed in football. He always had time for the fans, always liking their tweets, stopping to take pictures with fans, signing autographs and generally just stopping to talk to fans, no matter what situation Blues were in. I am sure at one point he followed me on Twitter, however, I think he has since unfollowed me as I do love a rant on Twitter after a match. He always wore his heart on his sleeve and never gave up, no matter what and I think that young players coming through the ranks should look at Robbo and really try to be like him as a professional. Take nothing for granted and just go out there and do right by the fans. He will be truly missed and I am glad he is staying within the game, especially if he does stay with Blues.

Robbo had a fantastic career and he is the sort of footballer that every young footballer should look up to. Not necessarily on his skills as a player but how he is as a person. Fans would much rather see someone, who may not be the best work their socks off and show some passion about the club they play for than a player who has all the skill in the world but couldn’t care less about the fans.

On a personal note, it was an honour when Jack, the site leader, asked me to do this piece and it has been an honour to follow Robbo’s golden years. Robbo, from the bottom of my heart, thank you for everything you have done for Blues and for me. You may not realise it but you had a massive effect on my life and through some really tough times. Thank you, good luck in retirement and always, keep right on.