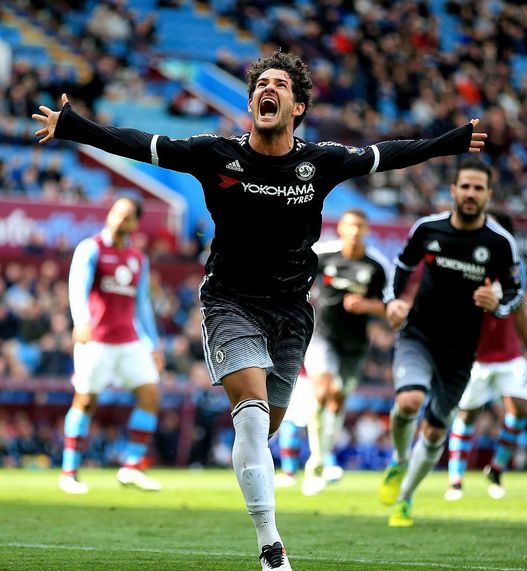 Chelsea FC new signing Alexandre Pato looks to be in good spirit ahead of the Blues’ match-up against relegation threatened Sunderland as he sent a birthday message to his teammate Cesc Fabregas after the Spanish midfielder turned 29 on Wednesday.

The Spanish midfield maestro celebrated his birthday after helping Chelsea come from two goals down to earn a 2-2 draw against title chasing London rivals Tottenham Hotspur on Monday night. The result of the ill-tempered match confirmed Leicester city as Premier League champions and ending Tottenhams hopes of winning the crown.

Alexandre Pato, who joined Chelsea on loan from Brazilian side Corinthians in the winter transfer window, was swift to wish his new team mate a Happy Birthday. Pato posted a picture of him and Fabregas and wished the Spaniard a Happy Birthday.

Pato and Fabregas would be hoping to be part of the team that will take on relegation threatened Sunderland FC on Saturday as the Chelsea mini-revival under Guus Hiddink continues.
Pato’s future at the club has been questioned in recent weeks as reports suggests that he could sign a permanent deal when his current loan deal expires by the summer. Pato’s Brazil teammate also commented on Pato’s future saying: He has the desire to stay and I hope this can be resolved as soon as possible.

Reasons why Terry will and won’t be found guilty